This year, in the wake of Tropical Storm Imelda’s impact on our area, the need is even greater 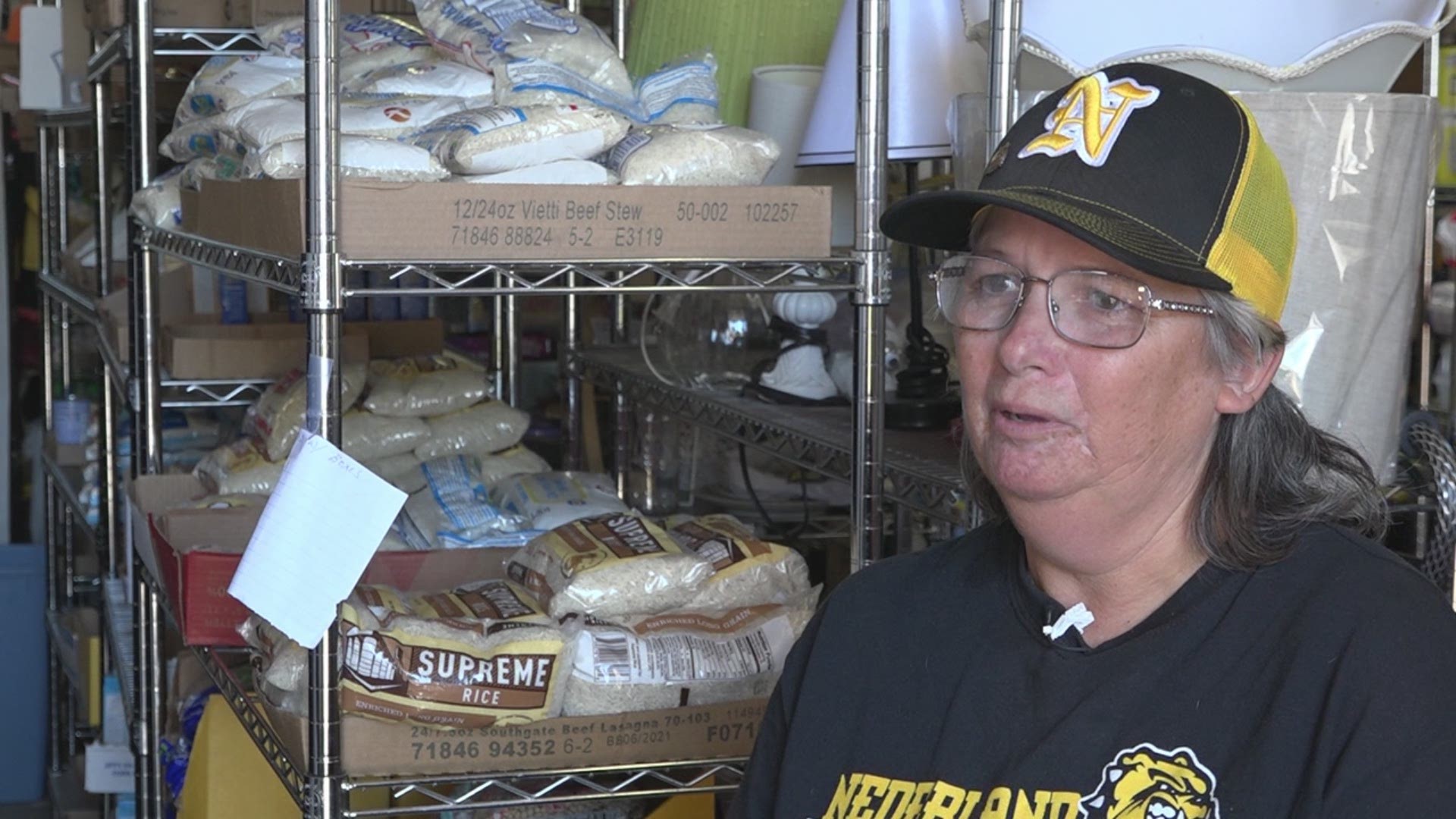 BEAUMONT, Texas — Texas is one of the 10 most food insecure states in the country. It's a problem that is especially prevalent during the holidays.

And this year the need is especially urgent since so many across Southeast Texas have been impacted by Tropical Storm Imelda.

12News and the Southeast Texas Food Bank want to help decrease those numbers and change lives in our community.

That's why we're teaming up for the 25th Annual Share Your Christmas Food Drive —  the SETX Food Bank's largest food drive of the year!

DONATE ONLINE | You can donate right now from here!

You can drop off non-perishable food at all Southeast Texas H-E-B, Kroger and Market Basket locations as well as Community Bank of Texas branch locations.

Learn More | How you can 'Share Your Christmas' while shopping

Donations can also be brought to the Southeast Texas Food Bank at Martin Luther King, Jr. Parkway in Beaumont.

Join 12News Thursday as we broadcast live throughout the day, accepting food and cash donations. We will be live at the H-E-B and Kroger on Dowlen Rd. in Beaumont and at the Market Basket on Hwy. 365 in Port Neches.

A $1 donation goes a long way! The SETX Food Bank can turn that $1 into four meals!

Businesses, churches, schools, and other organizations are encouraged to support us by hosting a food and fund drive of their own and sharing the food and funds gathered by Thursday, December 19.

Beginning in 1996, 12News and the Southeast Texas Food Bank have worked together to help feed Southeast Texans during the holidays.

For 25 years, the Share Your Christmas Food Drive has brought in more than 1.1 million pounds of donated food and more than $500,000 in cash donations. 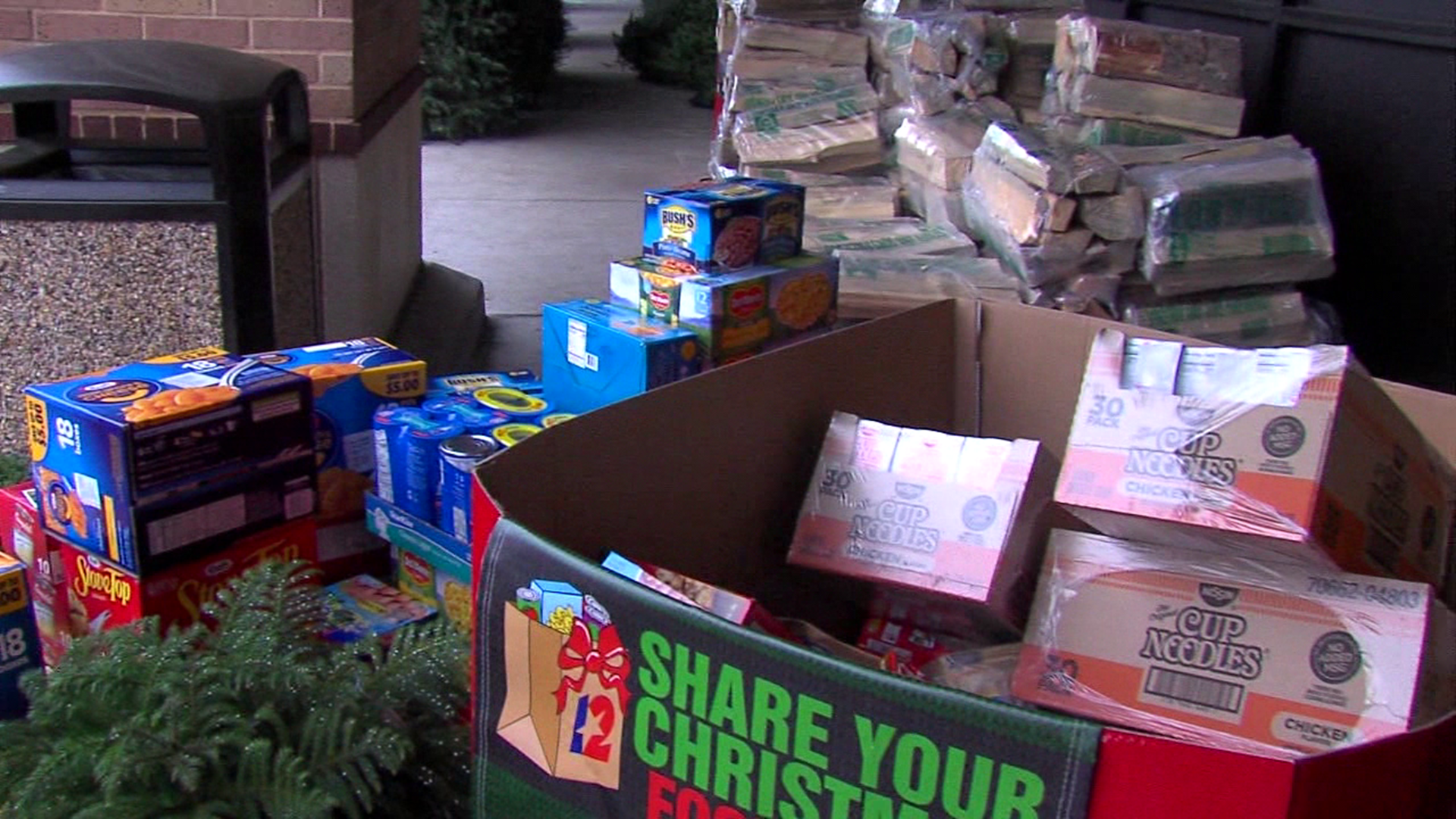 In a typical year, approximately 1 in 5 Southeast Texans leans on the Southeast Texas Food Bank for hunger relief consistently or at some point in the year.

This year, in the wake of Tropical Storm Imelda’s impact on our area, the need is even greater because disasters create need even for families who might not ordinarily rely on the Food Bank for food assistance. 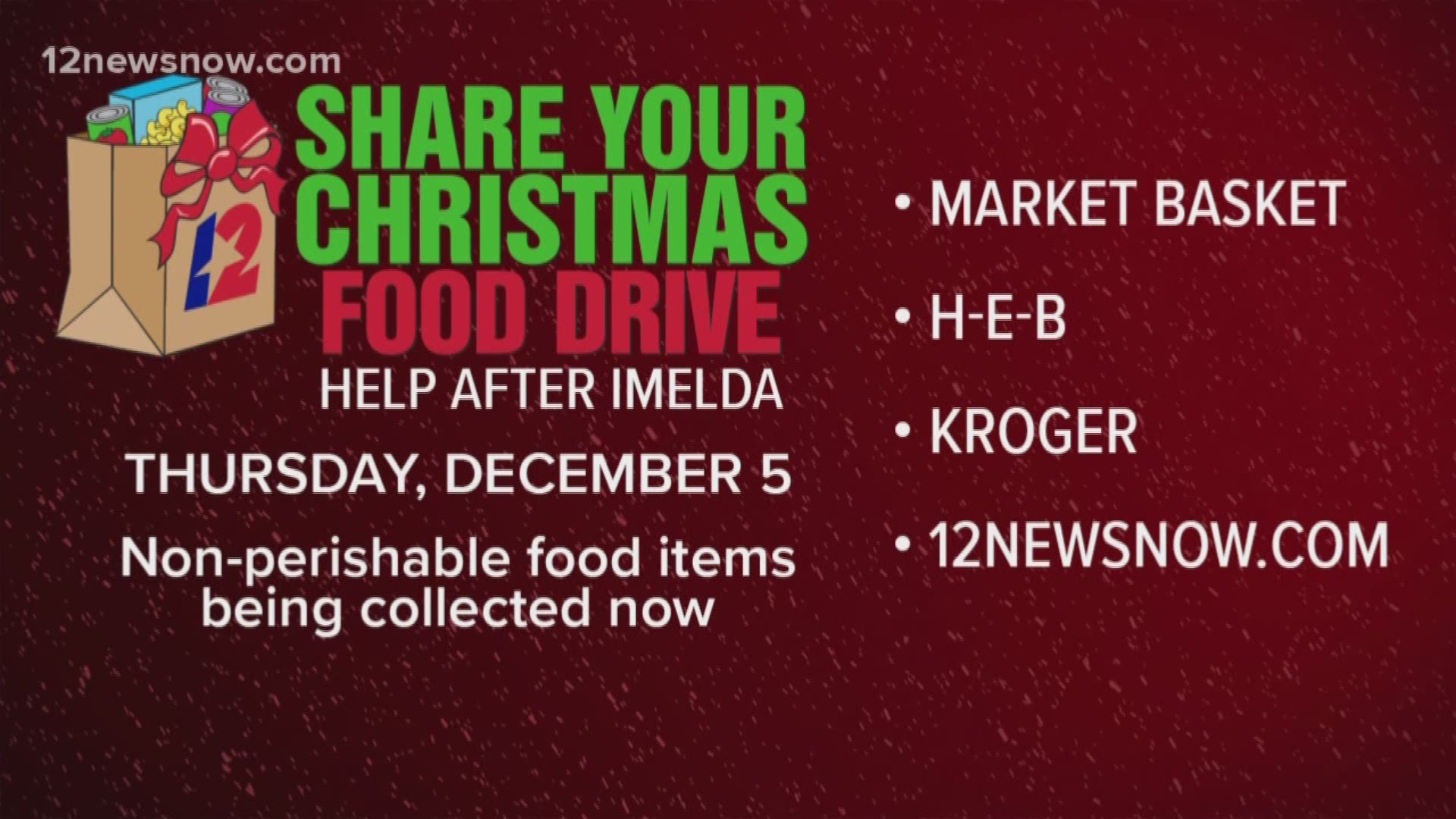 The food bank is trending towards distribution of enough food for about 6 million meals this year, most of which comes from donations from local retailers and USDA food distributions.