Dakari Davis says he never thought his appearance, specifically the way he wears his hair in a braided hairstyle would interfere with his ability to do his job. 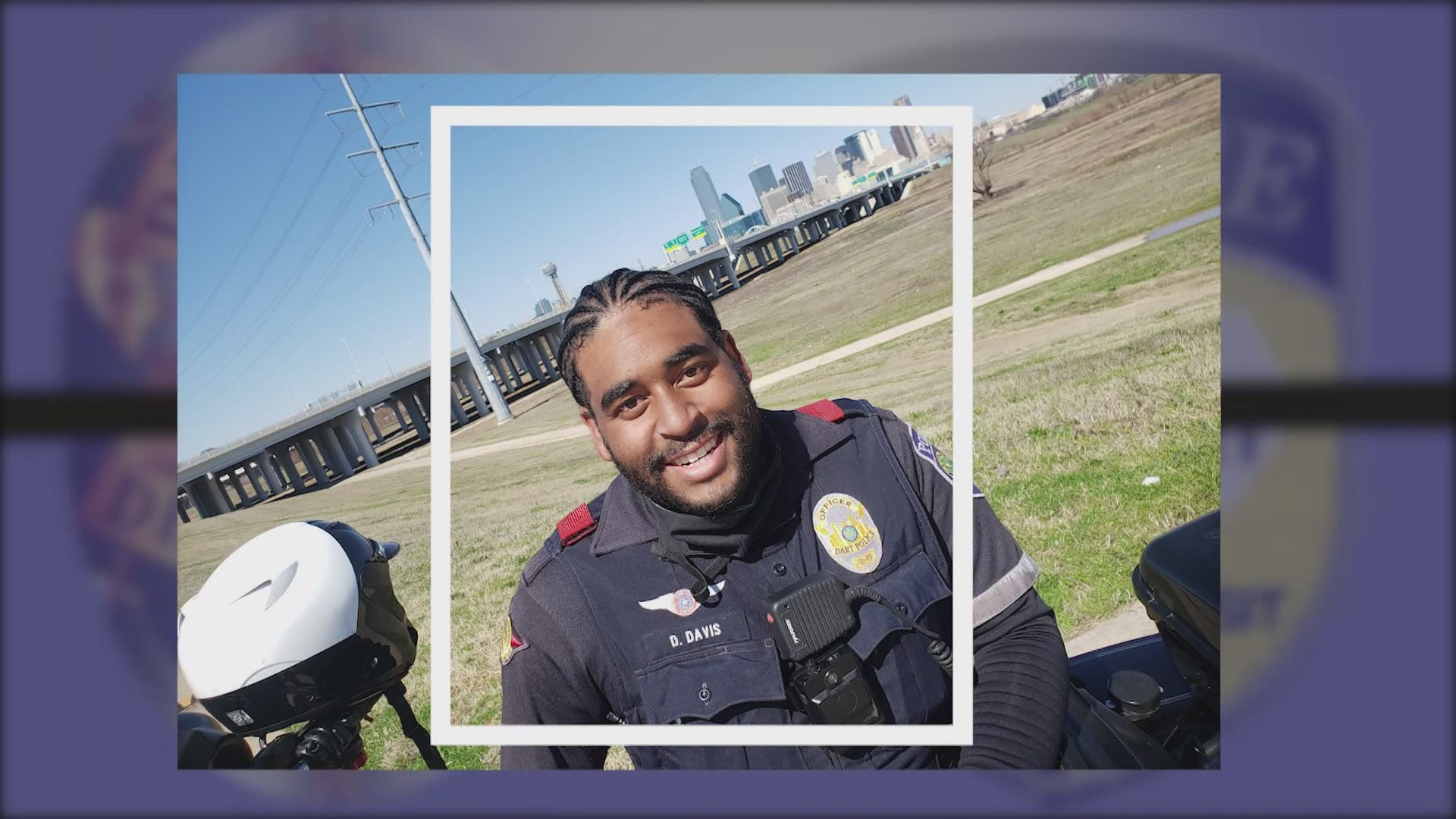 DALLAS — Dakari Davis, an officer with the DART Police Department says he was told his cornrow, braided hairstyle was unprofessional by one of his superiors.

"You guys know my character, you know my heart," Davis said describing his relationship with his colleagues. "I felt that they shouldn’t judge me based on my appearance."

His dream was to protect and serve but it was a dream eventually put on hold.

"To say that a Black police officer who wears cornrows is unprofessional, what does that say about you and the way you view black people that wear cornrows?" Davis asked. "The conversation is needed, but to have those conversations we have to admit that we have a problem."

That problem for Davis started six years after he joined the law enforcement community, while he was working as a DART police officer in 2019.

"Initially I was upset, confused."

Davis says he never thought his appearance, specifically the way he wears his hair in the braided hairstyle below would interfere with his ability to do his job.

"There was a particular Lieutenant who disagreed with that and he felt that it was unprofessional for male police officers to wear cornrows and contacted the Chief of Police and eventually filed a formal complaint against my hairstyle," Davis said.

DART won’t comment directly on this personnel matter, but documents obtained by WFAA show Davis was ordered not to wear the hairstyle while in full uniform in July 2019.

His actions sparked an internal affairs investigation in November 2019. The findings of the report referred to his “braided or cornrows hairstyle” as “unprofessional” and “unapproved”.

"I actually decided to cut my hair out of fear of retaliation, I said, 'you know what, I have a son, I need to provide for them, I’m just going to cut my hair,'" Davis said.

The complaint against Davis lists five allegations including, insubordination for disobeying a direct order from a supervisor and violation of the police department’s dress code policy. All of which, ultimately led to Davis being placed on paid administrative leave, a recommendation for termination, and a letter of reprimand.

"I had a lot of support, my wife, family, friends, and coworkers, they had an intervention with me," Davis added. "While I was at home, I was depressed."

Davis eventually reached out to Dallas County Commissioner John Wiley Price who interceded on his behalf.

"The only issue you see is as he is transitioning with his hair? That’s unacceptable," Price said. "They basically told me to cool my jets and they told me they would handle it."

Several months later the letter of reprimand was rescinded in September 2020 with a notice sent to the Chief of Police from DART's Chief Operating Officer, Carol Wise.

Davis was returned back to his full assignment as a motorcycle officer without restrictions.

RELATED: Rooted: Meet the woman who fought State of Texas over natural hair braiding and won

Now DART is taking another look at some of the same dress code policies that led to this entire ordeal.

Even as those changes are being discussed, Davis says it’s important to recognize the underlying bias regarding hair in the workplace.