Watt's foundation has helped fund more than 500 middle schools in 37 states with over $5 million to help pay for after-school athletic programs. 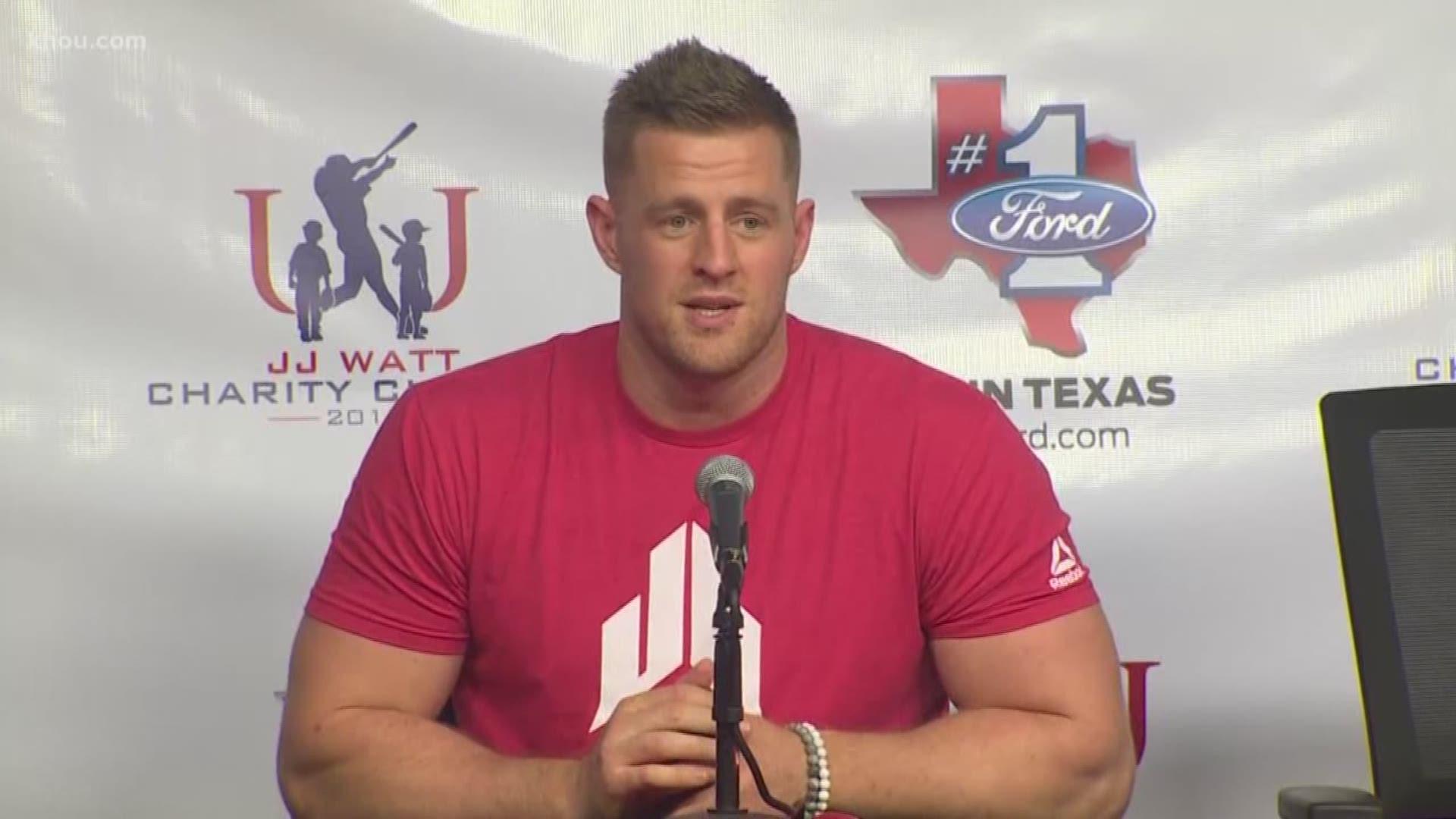 You heard that right.

The team traded in footballs for baseballs.

It’s all part of the JJ Watt Foundation’s Charity Classic.

The game was a lot of fun from start to finish.

However, JJ Watt wants to remind people that it’s all for a good cause.

On Saturday, over $1 million were raised to benefit middle school athletics.

“This is bigger than I ever could have imagined it to be and I’m very thankful and grateful for everybody who helps make it happen,” Watt said.

The JJ Watt Foundation hosted the 2019 Charity Classic after taking a year off to help Hurricane Harvey victims.

It’s Team Offense versus Team Defense on the field.

Watt said, “The amount of money that we’ve raised, the people that come out, the experiences, the tweets people saying they came from Maine and Chicago and Florida, and people coming from all over it just blows my mind.”

Off the field, the foundation has helped fund more than 500 middle schools in 37 states with over $5 million to help pay for after-school athletic programs.

The goal is to empower and inspire kids through sports.

“We were getting letters from teachers who were telling us that their students were doing better in class,” Watt said. “They’re more attentive. They’re getting better grades. They were seeing improvement in their students because they had something to look forward to at the end of the day.”

Bridgett Hitchcock, Deepwater Lady Pirates volleycoach said, “Our uniforms were probably ten years old. They stunk man. It was bad so it’s nice to have new, fresh uniforms for these girls to feel proud of themselves when they play.”

Players like Yahdira Lira and Ashley Peña said the new uniforms serve as a confidence booster.

“Yeah we have a good feeling about our games when we wear it,” Lira said.

Peña added, “It’s important because it makes us feel more confident during games. We used to not really do our best but I feel like the uniforms kind of brought a new side of us.”

As far as the heated battle between the Houston Texans Watt had this to say.

So was JJ Watt right?

Team Offense walked away winning the Charity Classic 13 to 7.