Bugging out: Students get hands-onp experience at Insect Expo in New Braunfels 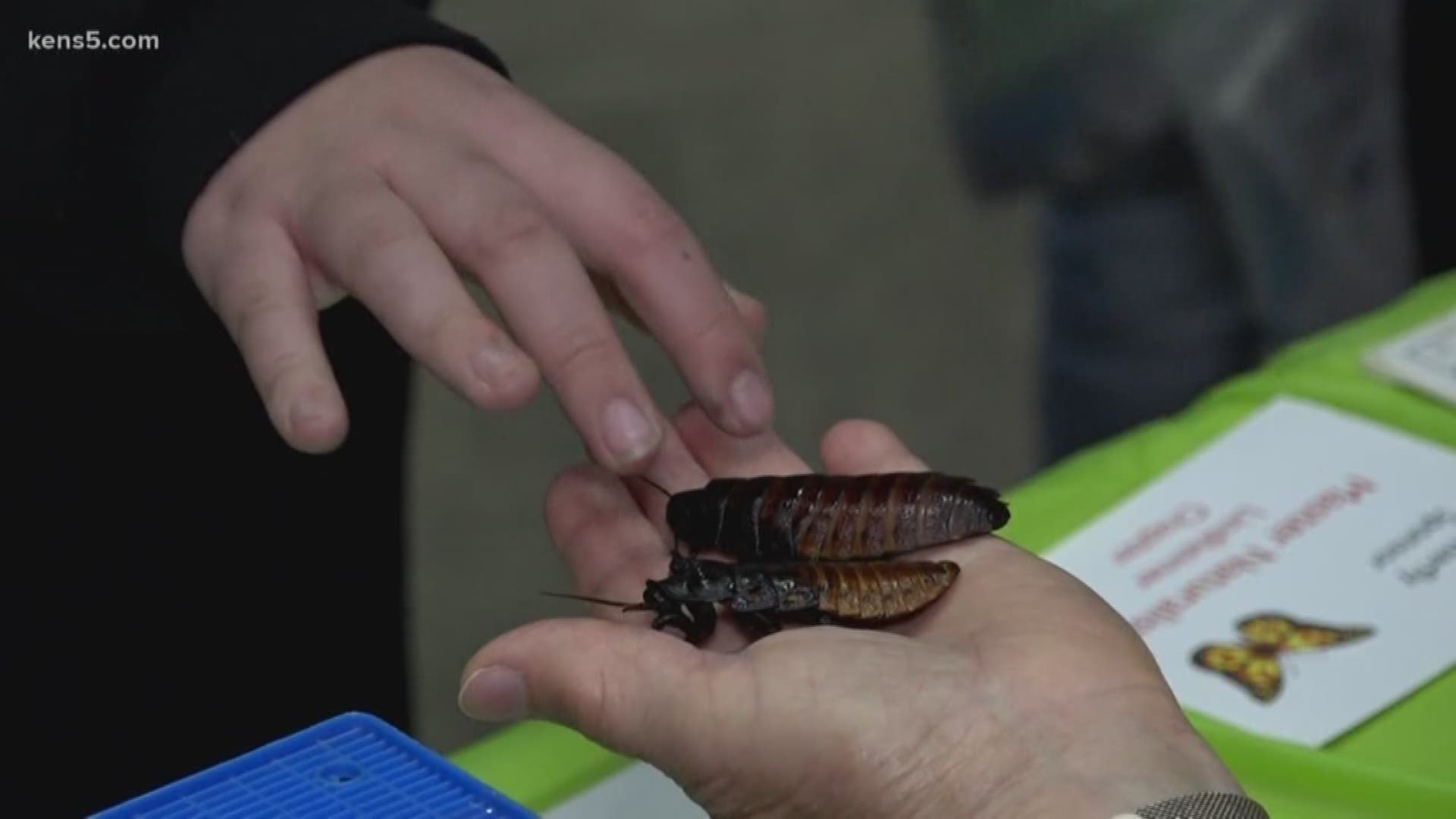 An Insect Expo for fourth graders is underway in New Braunfels. The three-day event which started on Tuesday, offers students a hands-on learning experience.

“I brought my book with me to write down what I saw and what I ate,” said Annaie Flores, a fourth grader at Memorial Elementary School in New Braunfels.

She admits she’s tasted a few insects before the event, specifically “little baby ants. I’d squish them and put them in my mouth.”

Hundreds of elementary school students from the Comal County area get to touch and taste their way through a unique lesson on bugs at the McKenna Events Center.

“We have 20 different stations,” said Mary Helen Phillips, a master gardener with the Comal County Texas A&M AgriLife Extension Office, and one of the women responsible for creating the local Insect Expo. “The children rotate through at their own pace. They can ask questions, form hypothesis, experiment, make things. It's very hands-on and interactive and fun.”

And when she says hands-on, she means hands-on.

“I really like touching a tarantula because it was really soft and it didn’t bite,” said Isabell Hare, who attends County Line Elementary School.

An Insect Expo in Austin piqued the interest of Robin Wright, the science curriculum specialist for New Braunfels ISD. To avoid the massive effort it would take to bus the students that far away, local experts banded together to offer a similar event close to home.

“This opportunity provides every fourth grader moments of engagement, moments of wonder, excitement—and they’re learning,” Wright said. “If you walk around to any of the stations, the naturalist and master gardeners have done such a great job of helping students with academic vocabulary, understanding scientific processes and actually strengthening students skills with regard to science inquiry.”

The children were able to interact with live insects such as termites, millipedes and beetles.

“I held a hissing cockroach and it was tickly,” said Brooklyn Fogg, a County Line Elementary fourth grader.

Many students challenged themselves to be bold.

“Learning about cockroaches …it felt weird but it felt like a normal object like a table or something,” said Ava Dias after bravely putting a finger to the back of a hissing cockroach.

A cricket-sampling booth turned out to be a big hit. HEB donated packs of whole roasted crickets in Texas BBQ, Sriracha and Sea Salt + Vinegar flavors.

“I ate a bug,” giggled Izzy Nieto from County Line Elementary. “I didn’t really eat it, I just put it in my mouth and it was really salty so I was like, 'Nope, not gonna happen.'"

While Izzy wasn’t a fan, other students were all in.

“It's enjoyable to see some of the kids realize that insects really aren't that scary,” said Entomologist Molly Keck. “Insects are important in every way. When we when we think about beneficial insects…they're either pollinators, recyclers or predators. Then there's all sorts of other insects that are just neutral, that are they're part of the ecosystem in some way. Less than 5% of insects are bad and a lot of people don't realize that. The reason why we survive is because we understand insects.”

This is the third year the Insect Expo has been offered in New Braunfels; it's a massive collaboration between many experts and volunteers. The Texas A&M AgriLife Extension Office hosts the event with their master gardeners, naturalists and entomologists from several counties pitching in. New Braunfels ISD also plays a big role, and HEB and the McKenna Foundation graciously donated resources.

“Getting them at this age where they're so excited about science and they're…being open minded about touching bugs—it's a good thing,” said Entomologist Wizzie Brown. “We can have future entomologists coming out of this.”

Back at the cricket counter, Alexa Conner reached for seconds. The Memorial Elementary School student said the crickets were tasty, but she’d pass on other edible insects.

“I didn’t know you could eat spiders and longer bugs, it was weird,” Alexa said.

With their senses engaged, the students also use art, technology and other methods to study nature.

“They're sponges for information,” said Don Tuff, an AgriLife master gardener. “They may not seem attentive at times but it doesn't make any difference. They still absorb about everything you want to show them. They're very inquisitive about how bugs work and what kinds are there.”

Organizers hope the fun unlocks students’ curiosity about the world of science.

Families interested in learning more about insects can contact their area AgriLife Extension office for resources and future event information.