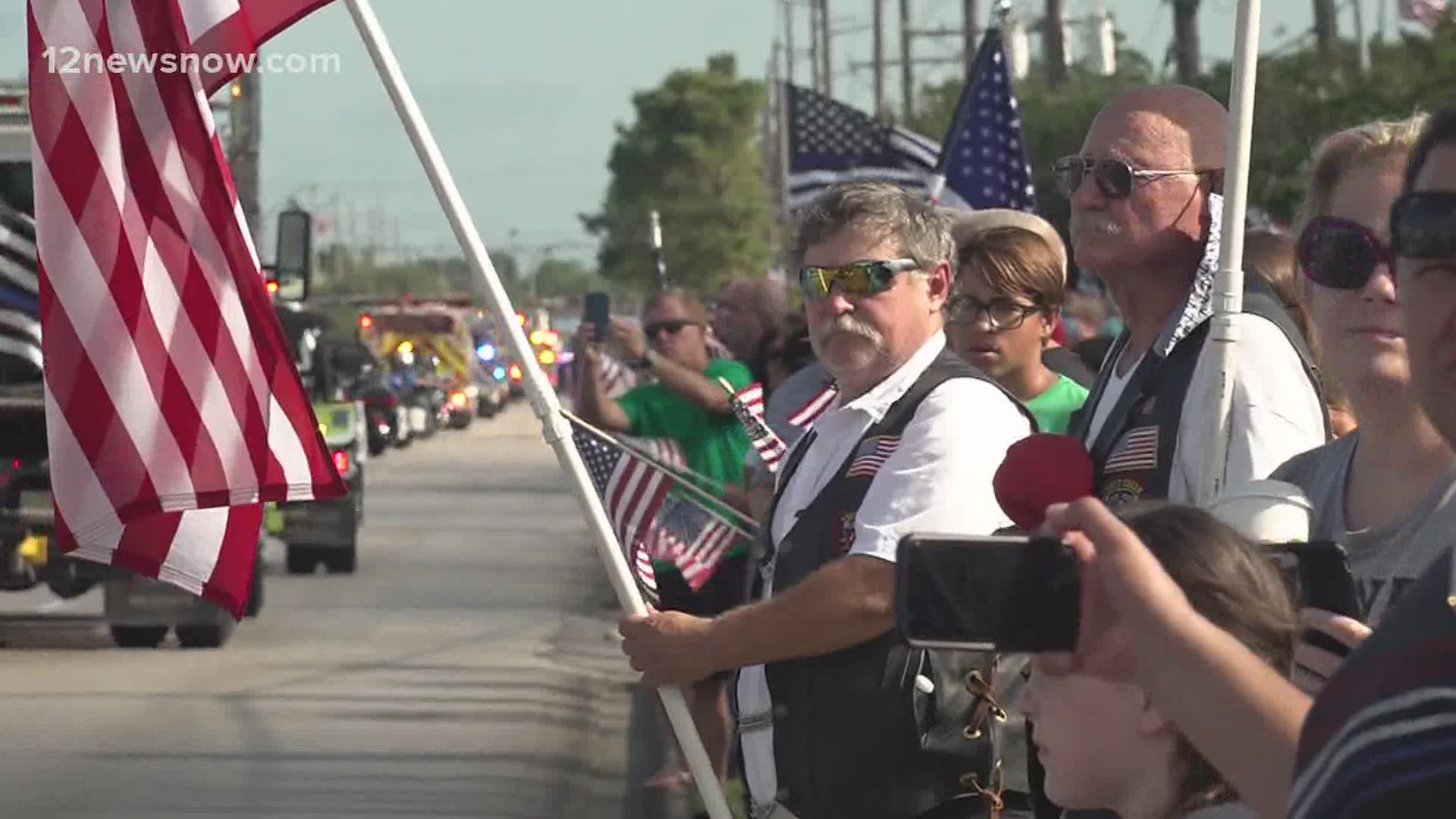 (Editor's note: The above video is from Officer Sheena Yarbrough Powell's funeral service in August.)

The Brentwood Country Club of Texas is hosting a Back the Blue golf tournament Oct. 30 for Officer Sheena Yarbrough-Powell and Officer Gabriel Fells. The tournament starts at 9 a.m. with a shotgun and four-person scramble, organizers said in a Facebook event.

Tickets are $50 per person and $200 per team and food and drinks will be served. Anyone interested in participating should contact the CCOT Pro Shop at (409) 840-9440 to enter.

All proceeds from the tournament will benefit the officers' families, organizers said in the Facebook event.

Organizers said prizes will be awarded for the "closest to the hole" and "hole in one" contests.