A Pflugerville EMS incident report indicates paramedics knocked on the door of the Austin bombings suspect's home hours before police first made contact with him. 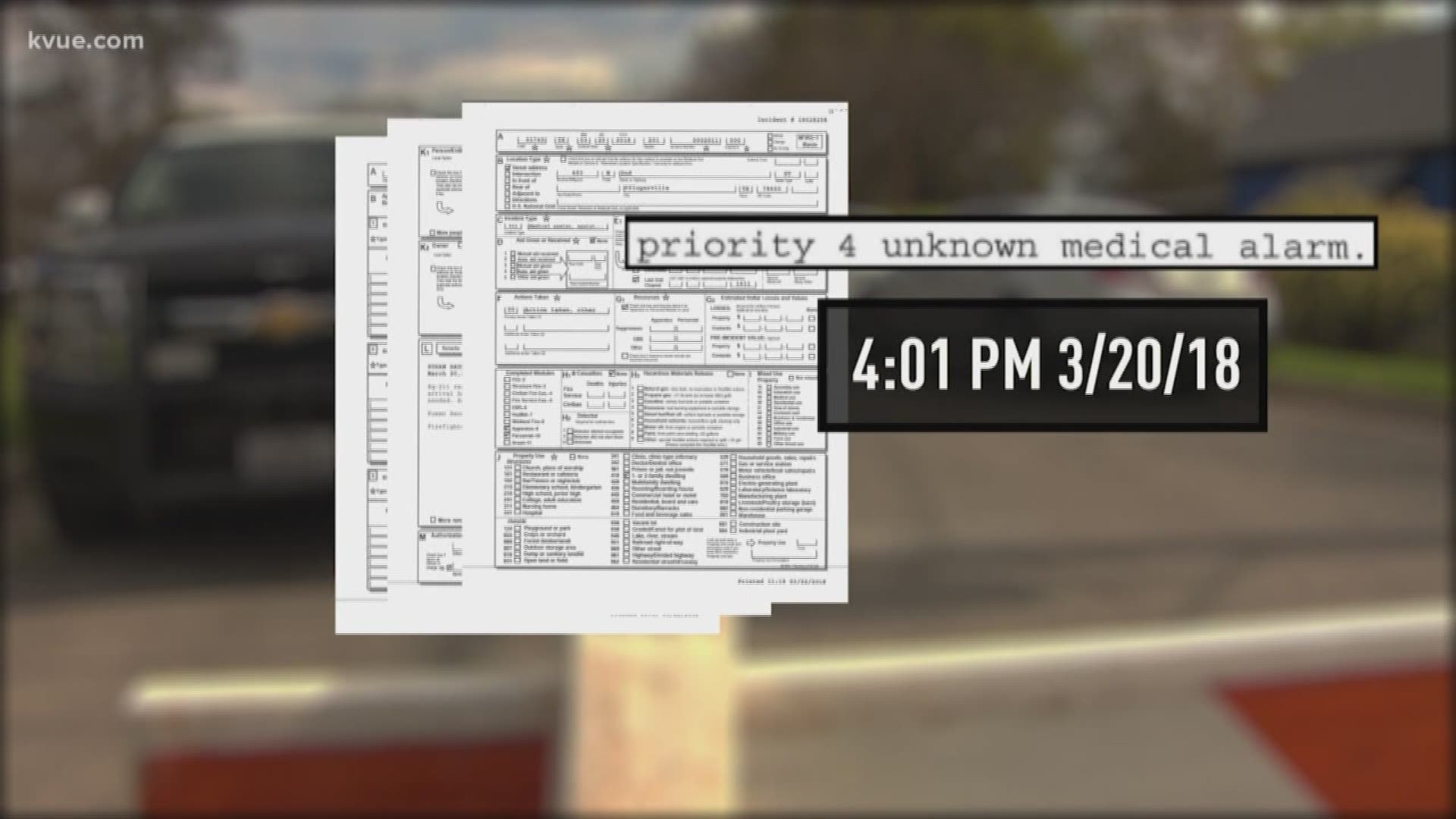 PFLUGERVILLE, Texas -- Exclusive details have been revealed that suspected serial bomber Mark Conditt may have been tipped off that authorities were hot on his tail -- and a communication breakdown may to be blame.

KHOU investigative reporter Jeremy Rogalski reports that hours before Conditt detonated an explosive inside his vehicle in a roadside ditch off Interstate Highway 35 early Wednesday morning, someone knocked on the door of his Pflugerville home.

That someone was two paramedics who were dispatched there by law enforcement, a Pflugerville EMS incident report shows.

Why Mark Conditt went on the run to a Round Rock hotel Wednesday morning may be explained by what happened hours earlier at his front door.

‘I wish I were sorry, but I’m not’: Details from suspected Austin bomber's recording released

“We’re dispatched by radio out of Austin,” said Chief Ronald Moellenberg of the Pflugerville Fire Department.

Moellenberg said his paramedics were dispatched to Conditt’s home for an unknown medical assist call at 4:01 p.m.

“The squad responded and the paramedics went to the door and said 'Did you call 911,' and the people who responded to the door said, 'No we don't,” Moellenberg said.

Those paramedics -- Squad 211 -- were in an SUV, but while on scene, dispatchers urgently called out to Medic 211, an ambulance, to not go to the Conditt home.

“Medic 211 I need you to stage at your fire station, do not make scene.”

But it was too late. The other medics, who never received those instructions to stay back and wait, were already at Conditt's home.

It’s unclear whether Conditt or only his roommates were at the home at the time.

“Could this have been what tipped Mark Conditt off," Rogalski asked.

"You know, that would be pure speculation on my part,” said Moellenberg.

What is clear is Conditt was on the move after that. And while Pflugerville’s fire chief maintains his medics were simply following initial dispatch orders...

"We certainly wouldn’t have responded to the door,” said Moellenberg.

We reached out to Austin police, the FBI and ATF to find out exactly who gave those initial orders to dispatch and where exactly the mix up was.

The FBI didn’t respond by deadline and ATF and APD said it can’t comment on ongoing investigations. APD provided the following statement:

“Protecting the integrity of this case is priority. The information that has been shared up to this point is all that is available. This investigation is ongoing and no further information will be provided,” said APD spokesman Anna Sabana.