Some organizers of the Capitol Hill demonstration are asking protesters to leave Cal Anderson Park and move to the sidewalk outside the Seattle Police East Precinct. 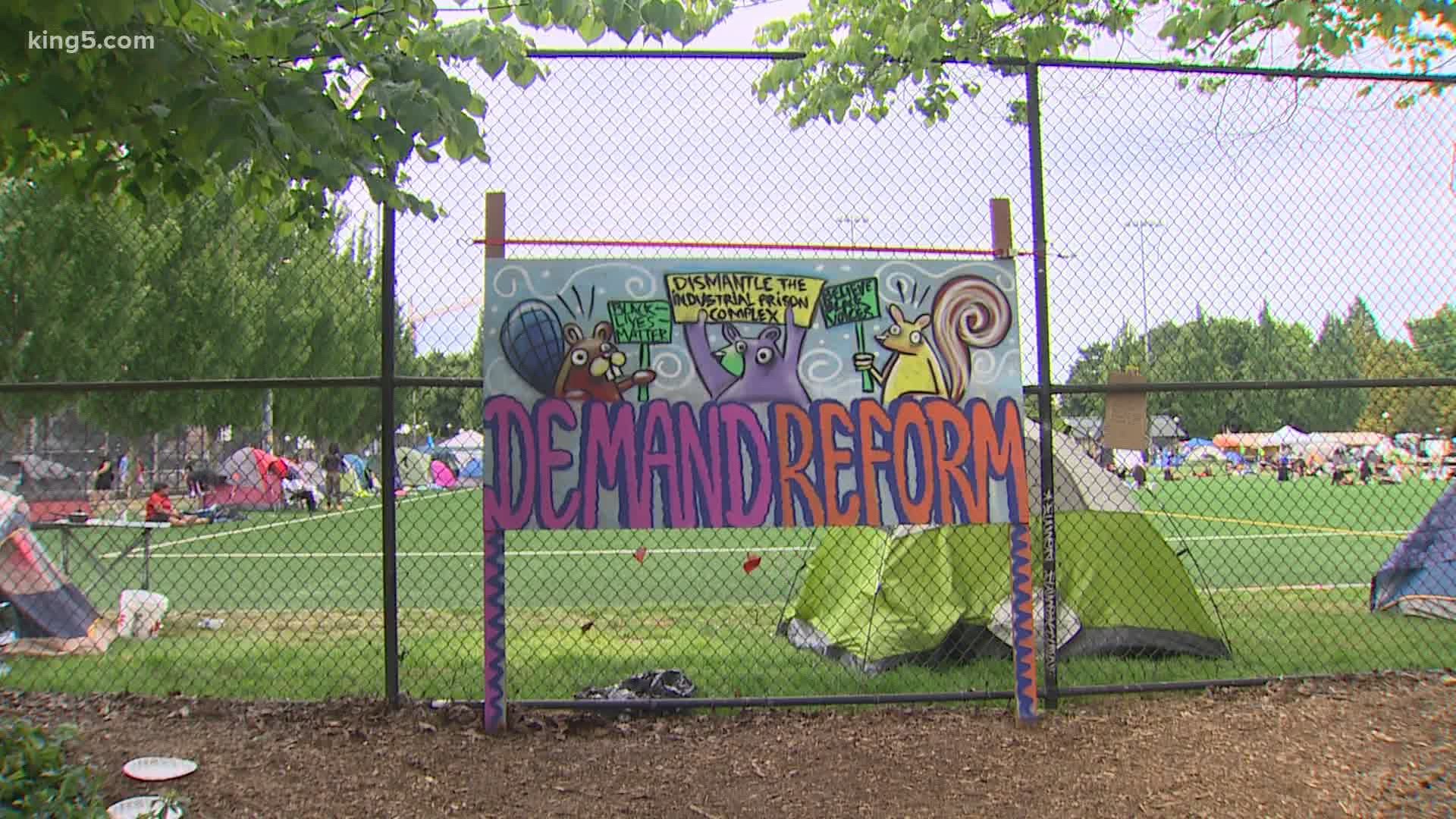 SEATTLE — Some organizers of the Capitol Hill demonstration called CHOP are asking protesters to pack up their tents and move to the sidewalk outside the Seattle Police Department's East Precinct, out of concerns for their safety.

The organizers said during a Wednesday evening meeting that they no longer want demonstrators camping in Cal Anderson Park overnight.

A series of recent shootings in or near the "Capitol Hill Organized Protest" zone left one man dead and others injured.

The organizers said during a “People's Assembly” gathering that demonstrators should occupy the perimeter of the East Precinct until their demands are met.

The group is urging the city to cut funding to Seattle Police and invest in community programs.

Nearby businesses and residents have complained about noise and violence at night. They’re also concerned about a lack of police and fire department response to the streets inside the CHOP.

“It's time for people to go home,” Mayor Jenny Durkan said on Monday.

Three days later, her office said in a statement that many of the CHOP demonstrators have already left.

The Seattle Police Department said it wants officers to return the East Precinct, but the Mayor's Office would not say when that will happen.

Durkan’s office also would not say when the city would remove the concrete barricades blocking the streets.

CHOP organizers said during their meeting that they plan to occupy other spaces in Seattle, but the Capitol Hill demonstration will be their home.

Raz Simone, who has been active in Seattle's demonstrations, said on his Facebook page Wednesday that many have already left.

"I think a lot of people are leaving," he said in a video. "I think a few people are going to try to just stand there and peacefully keep on protesting."