When Billie Ray Coble uttered his final words, his son, grandson and daughter-in-law became emotional, and the men swung and kicked at others in the death chamber witness area. 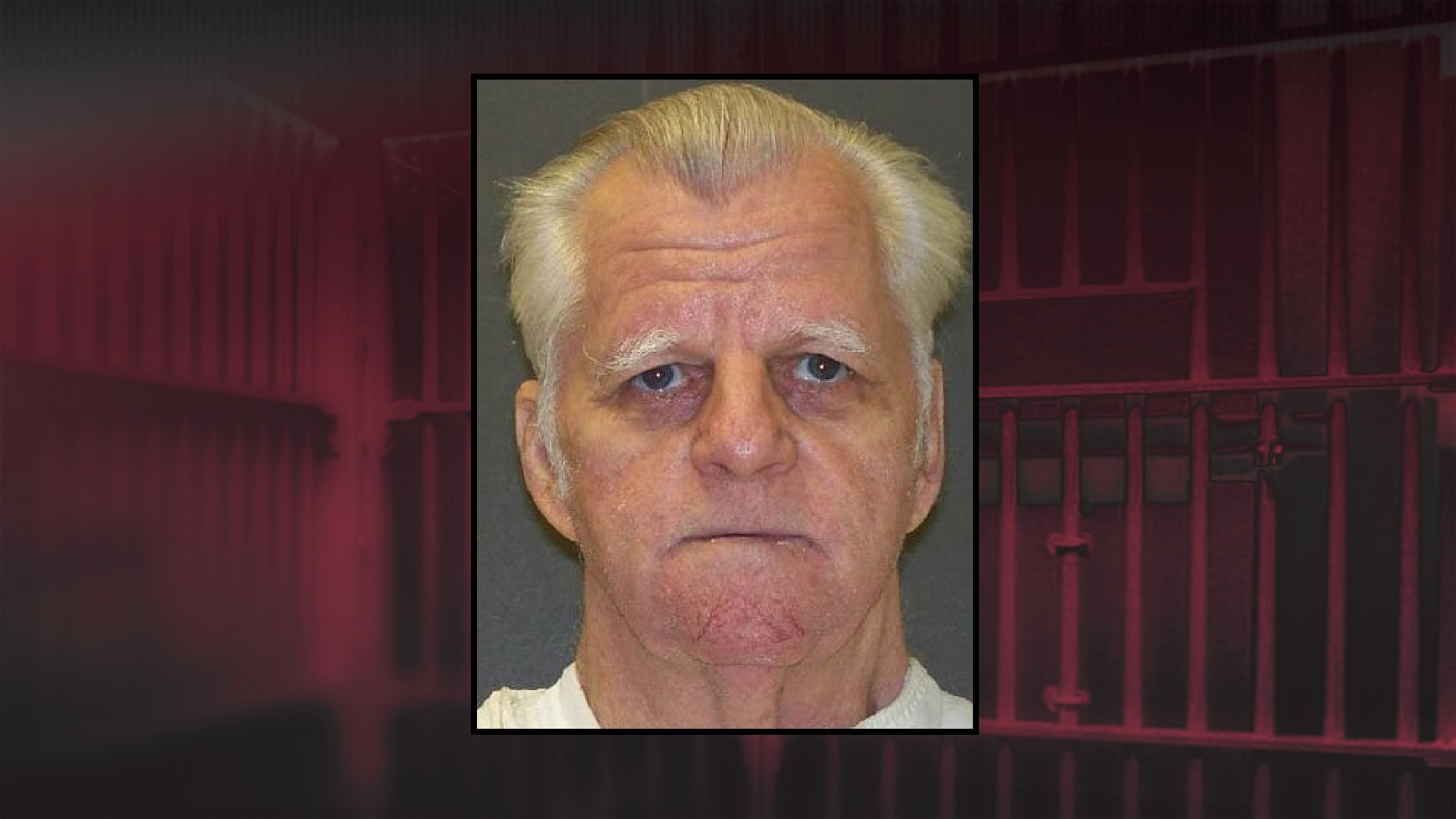 HUNTSVILLE, Texas (AP) — Chaos erupted outside Texas' death chamber when the son of the condemned inmate pounded on the chamber windows, shouted obscenities and threw fists after his father spoke his final words.

Billie Wayne Coble, a Vietnam War veteran who killed his estranged wife's parents and brother and threatened to do the same to her in 1989, told five witnesses he selected to attend his Thursday night execution that he loved them. Coble then nodded as they watched from a witness room, saying: "Take care."

When he finished speaking, his son, grandson and daughter-in-law became emotional, and the men swung and kicked at others in the death chamber witness area. Officers stepped in but said the men continued to resist and were eventually moved to a courtyard, where both were handcuffed and arrested.

"Why are you doing this?" the woman asked. "They just killed his daddy."

As the men were being subdued outside, a single dose of pentobarbital was injected into Coble. He gasped several times and began snoring as the lethal dose of drug was being administered inside the death chamber at the state penitentiary in Huntsville.

He was pronounced dead 11 minutes later, at 6:24 p.m. His son and grandson, later identified as 45-year-old Gordon Wayne Coble and 21-year-old Dalton Coble, were arrested on charges of resisting arrest and disorderly conduct.

The 70-year-old Billie Wayne Coble was the oldest inmate executed by Texas since the state resumed carrying out capital punishment in 1982.

Credit: AP
This undated photo provided by the Texas Department of Criminal Justice shows Billie Wayne Coble. The Texas death row prisoner once described by a prosecutor as having "a heart full of scorpions" was set to be executed Thursday, Feb. 28, 2019, for fatally shooting his estranged wife's parents and her brother, who had been a police officer. Coble was condemned for the August 1989 deaths of Robert and Zelda Vicha and their son, Bobby Vicha, at their homes in Axtell, northeast of Waco. (Texas Department of Criminal Justice via AP)

He was convicted nearly three decades ago for the August 1989 shooting deaths of Robert and Zelda Vicha, and their son, Bobby Vicha. The victims were killed at separate homes in Axtell, northeast of Waco. A prosecutor once described Coble as having "a heart full of scorpions."

Coble, distraught over his pending divorce, kidnapped his wife, Karen Vicha. He was arrested and later freed on bond. Nine days after the kidnapping, Coble went to her home, where he handcuffed and tied up her three daughters and nephew, J.R. Vicha, according to investigators.

Coble then went to the homes of Robert and Zelda Vicha, 64 and 60 respectively, and Bobby Vicha, 39, who lived nearby, and fatally shot them.

After Karen Vicha returned home, Coble abducted her. He drove away, assaulted her and threatened to rape and kill her. He was arrested after wrecking the vehicle in neighboring Bosque County following a police chase.

Coble was convicted of capital murder in 1990. An appeals court ordered a new trial on punishment in 2007, but a second jury also sentenced him to death. Other appeals were also denied.

J.R. Vicha, Bobby Vicha's son, was 11 when he was tied up and threatened by Coble during the killings. Coble's execution would be a relief knowing the execution finally took place, said Vicha, who eventually became a prosecutor in part because of his father.

"Still, the way they do it is more humane than what he did to my family. It's not what he deserves, but it will be good to know we got as much justice as allowed by the law," he said ahead of the execution.

"This is not a happy night," added McLennan County District Attorney Barry Johnson. "This is the end of a horror story for the Vicha family."

On Thursday, the U.S. Supreme Court turned down Coble's request to delay his execution. His attorneys had argued that Coble's original trial lawyers were negligent for conceding his guilt by failing to present an insanity defense.

The Texas Board of Pardons and Paroles also turned down his request for a commutation.

Coble's attorney, A. Richard Ellis, told the courts that Coble suffered from post-traumatic stress disorder stemming from his time as a Marine during the Vietnam War. Ellis argued that Coble was convicted in part because of misleading testimony from two prosecution expert witnesses on whether he would be a future danger.

Coble was the third inmate put to death this year in the U.S. and the second in Texas, the nation's busiest capital punishment state.

J.R. Vicha, 40, still lives in the Waco area. His father was a police sergeant in Waco when he was killed, while his grandfather was a retired plumber and his grandmother worked for a foot doctor.

Vicha is working to get a portion of a highway near his home renamed in honor of his father.

"Every time I run into somebody that knew (his father and grandparents), it's a good feeling. And when I hear stories about them, it still makes it feel like they're kinda still here," Vicha said.