Bob Hall Pier may need to be totally rebuilt after Hurricane Hanna. These photos show why.

"Well I think we're all sort of playing around with ideas here I mean just knowledge of 1000 foot pier brand new could be anywhere between $5-10 million." 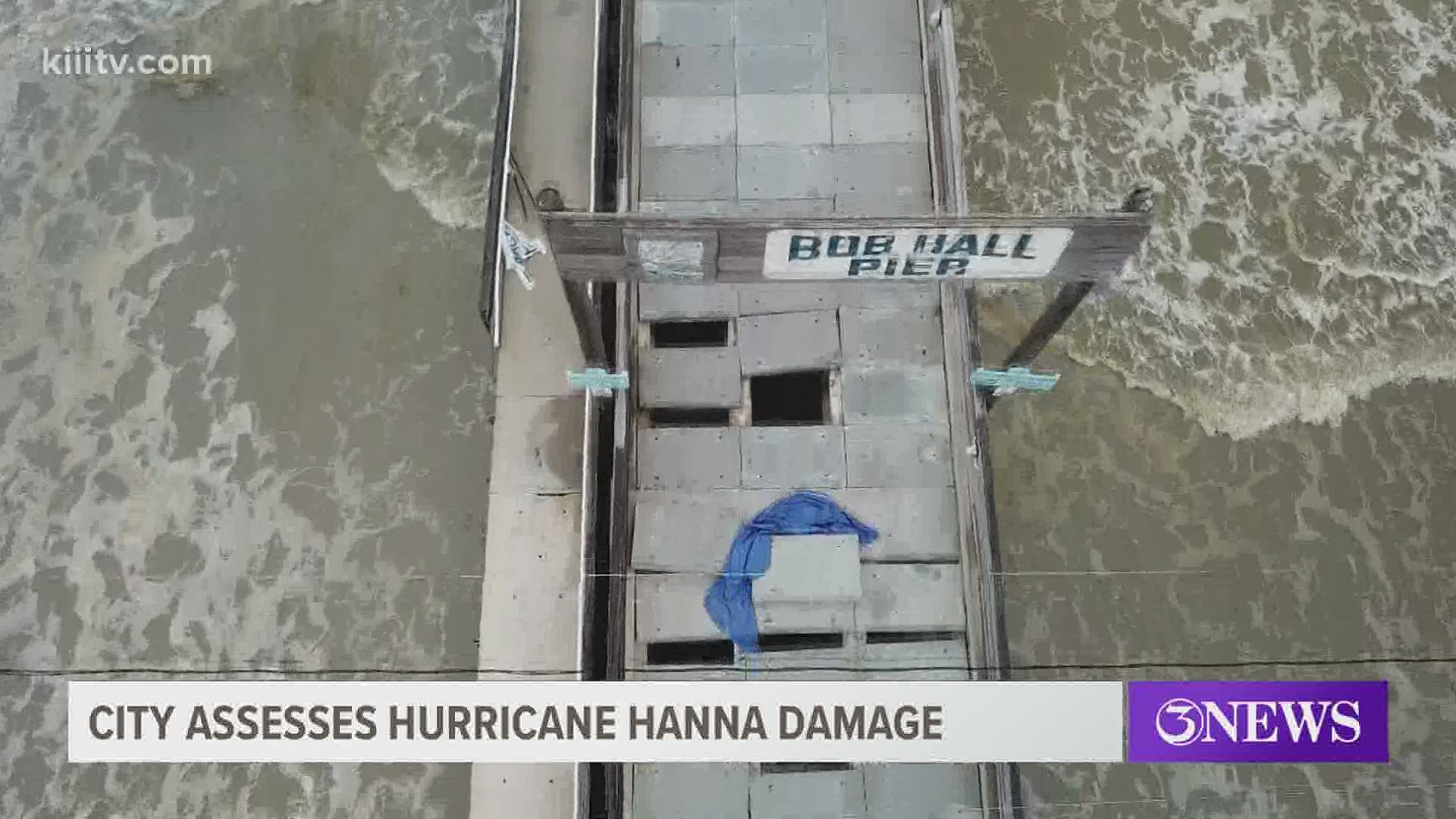 PADRE ISLAND, Texas — Nueces County Judge Barbara Canales said there's a possibility that Bob Hall Pier may have to be totally rebuilt. And, if that's true, it would take millions of dollars to do it.

3 News drone video of Bob Hall Pier showed some of the damage the structure received. The county judge said that soon an engineering firm is going to do a top to bottom structural analysis on the pier to see if it is still sound.  That report could come back as everything is a okay or, a worst case scenario, could call for the entire structure to be replaced.

"Well I think we're all sort of playing around with ideas here. I mean just knowledge of 1000 foot pier brand new could be anywhere between five and $10 million," Judge Canales said.

Until that analysis is complete, the pier will be shutdown. The judge said people won't be able to get near the pier because of the safety risk here.

The good news is that since the Coastal Bend is a federal disaster declaration, hurricane damage costs would be split between the federal government at 75% and Nueces County at 25%.

"I have to look at trying to get help from the state and the federal government for safety health and rebuild and then the last is we need to do a bunch of assessments this week just to make sure we have a handle on what coastal beach issues may be impacting us," Representative Todd Hunter said.

Another big ticket item that the county is looking at is the beach and dune erosion caused by the hurricane's storm surge.

"I can tell you that our beach erosion including our dune line has been completely altered I am very concerned this also has a very big price tag associated with it we're going to need I think serious beach re-nourishment," Judge Canales said.

The judge mentioned that if the pier had to be rebuilt, they would want to build it stronger. The idea is that the 1983 structure would be replaced with a fortified pier that would be better able to withstand storm surge.