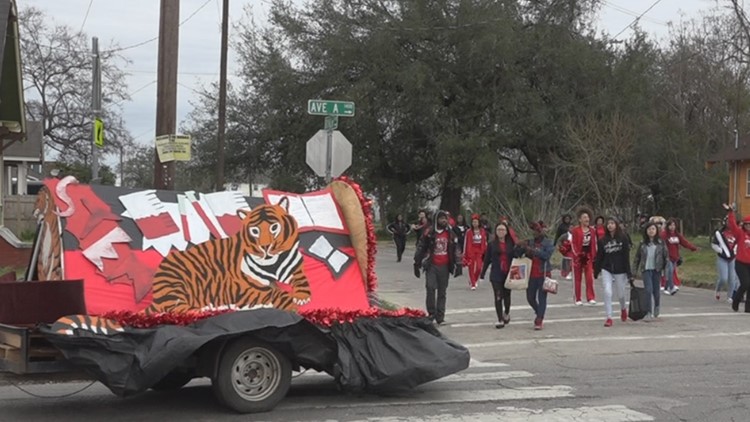 BEAUMONT, Texas — Kristi McDonald says the MLK Day Parade has been a part of her life for as long as she can remember.

"I was actually on West Brook's drill team, so we marched in the parade as well," McDonald said.

Years later, she's sitting at the same parade, but this time watching her daughter.

She believes events like this are good for her children and the community.

"We can pay our respects to a man that influenced a lot of people," McDonald said.

That's what parade organizers, The Beaumont branch of the NAACP want.

For over 100 years, they have been working to the hope alive.

"Over 50 years, Dr. Martin Luther King has been dead, but he had a dream 50 years ago," NAACP President Michael Cooper said. "This is the year of jubilee, to celebrate the dream, not to stay asleep."

"It's a great honor, and you can tell," Judge Ransom "Duce" Jones said. The parade was set for January 16th, and today was the 9th and people still come out to honor a great man. Martin Luther King was a good man for this country."

Kristi believes the parade is for a good cause.

"I think it brings the community together," she said.

She knows her children are honoring a man that did so much for people from all walks of life.