Read the full statement issued by Ohio Gov. Mike DeWine after he learned of Sunday's deadly mass shooting in Dayton. 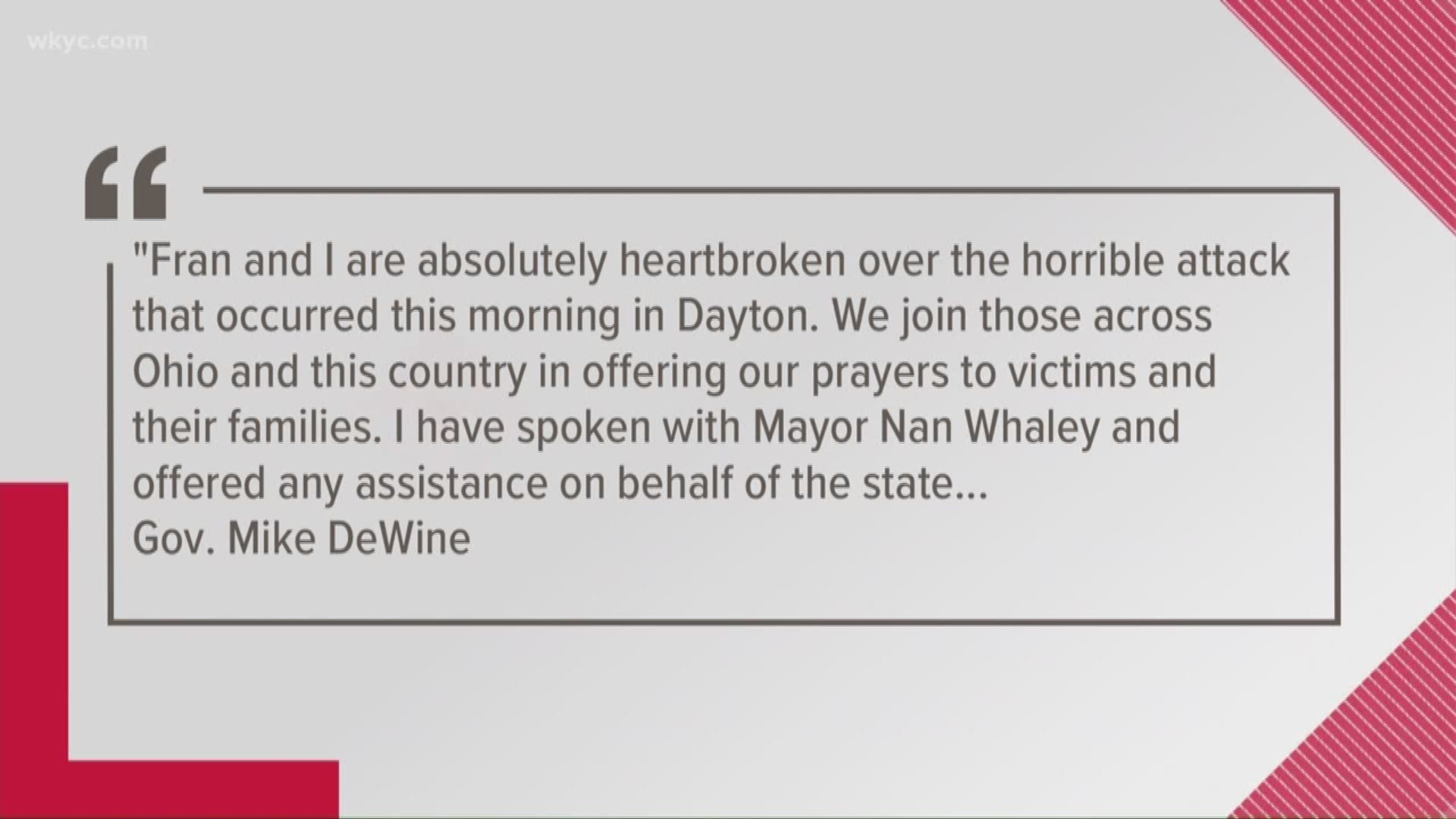 COLUMBUS, Ohio — Ohio Gov. Mike DeWine said he and his wife are “absolutely heartbroken” about the deadly Dayton shooting that claimed nine lives and hurt at least 26 others early Sunday morning.

Fran and I are absolutely heartbroken over the horrible attack that occurred this morning in Dayton. We join those across Ohio and this country in offering our prayers to victims and their families. I have spoken with Mayor Nan Whaley and offered any assistance on behalf of the state. I have been briefed by the Ohio Department of Public Safety, and the Ohio State Highway Patrol has offered assistance to local law enforcement as they investigate this heinous act. I commend Dayton Police and other first responders for their bravery and quick response to save lives and bring an end to this tragedy. I have ordered that flags in Ohio remain at half mast in honor and memory of the victims who lost their lives this morning.

The incident happened in the city’s Oregon District around 1 a.m. less than 24 hours after a shooting killed 20 people and hurt 26 others in El Paso, Texas.

Authorities say the shooter was killed by responding officers.

CLICK HERE to see the latest updates in the Dayton shooting as they become available.