Nobody was harmed, but parents are unnerved. 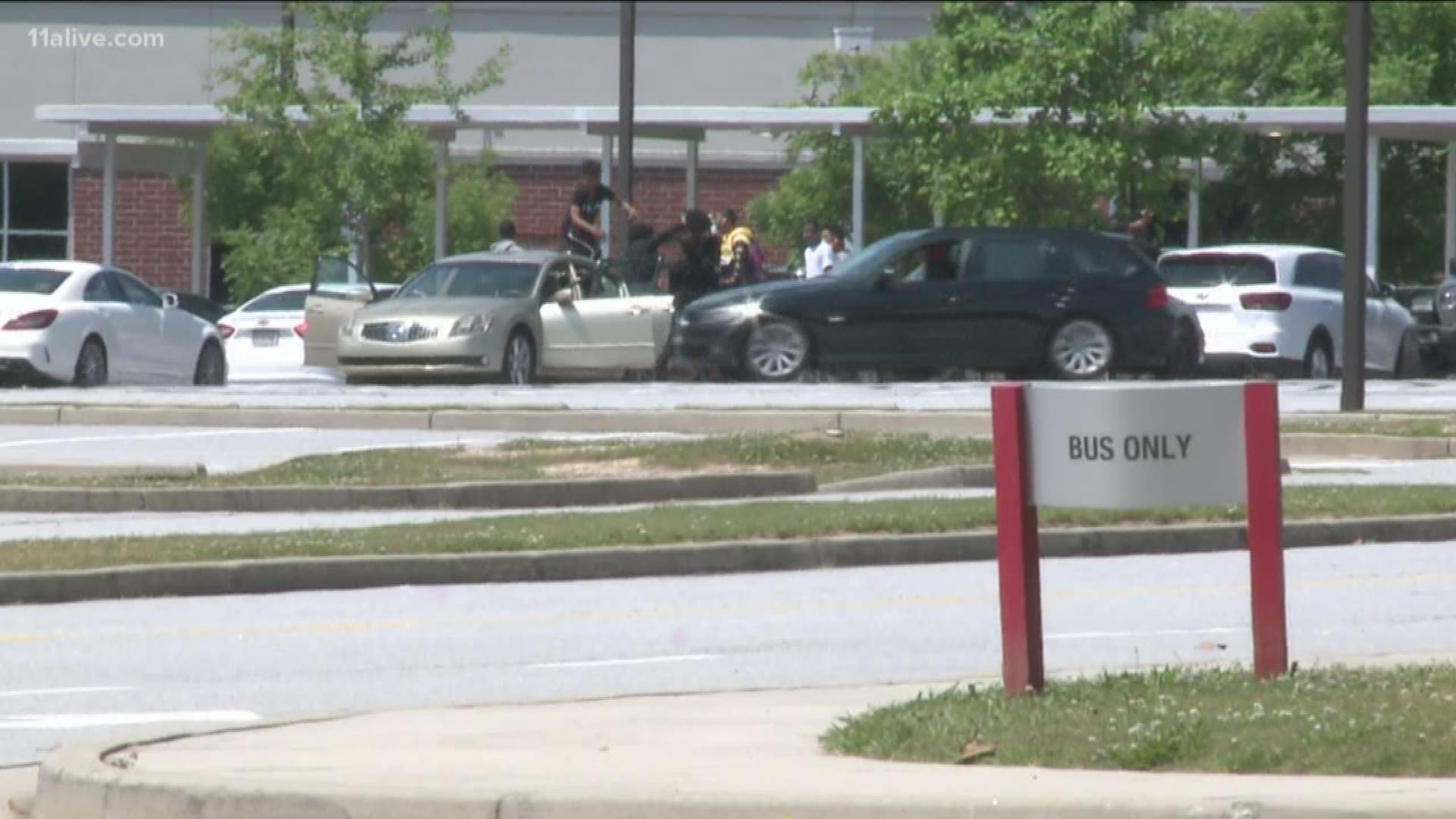 School officials cancelled after-school activities, Wednesday, in reaction to the robbery inside the school building.  And many students made early exits, before the closing bell.

"I’m just picking up my little brother," said Danielle Robinson, the older sister of a Banneker student.  "My little brother is just 16, so I’m just trying to get him out of harm’s way."

Robinson was among the relatives who talked with 11Alive, unnerved by word of the gunpoint robbery inside the school building.

"I’m concerned about all the kids. Not only mine but all the kids," said Steve Bates, whose 16-year-old daughter was seated next to him in an exiting SUV. "That’s why I’m checking her out of school for the day."

School officials say at 5:49 p.m. Monday, two former students entered the school building and confronted two current students, showed them a weapon, robbed them of a cellphone, then exited. Surveillance video documented the robbery and, officials say, identified the robbers.

In the Banneker HS parking lot Wednesday, students could be seen dancing near their cars. It was apparent spirits were high enough at a school where graduation is just 12 days away.

Nobody at Banneker was hurt in Monday's incident. But the armed robbery darkened the mood of some parents already troubled by reports of gun violence at schools elsewhere in America, including a mass shooting Tuesday that took the life of one student at a school in suburban Denver.

"It's really sad it’s coming to this. Like, you can't even go to school," said another parent. "Can’t even send your kids to school without even worrying about something happening. It’s really sad."

"I’m just worried because there have been shootings in schools and stuff," added Robinson.

But two Banneker students – who didn’t want to be identified – said most students took Monday's incident with a measure of stride.

"Believe it or not, school has been very normal. Nobody knew about the robbery until we watched the news," a girl who identified herself as a Banneker senior told 11Alive outside the school. "I don’t think it’s typical."

"We have a safe environment. It’s a safe school," added another girl who identified herself as a Banneker senior.

School officials say they are changing student release procedures to enhance school security after hours. The school told parents departing students would stage outside of the building rather than inside, in order to avoid opening and closing school doors that will otherwise remain locked.

School officials say Banneker has had issues with people entering the locked doors as people inside depart the building.