Many Texas farmers are having to start over after the freeze killed crops and livestock. 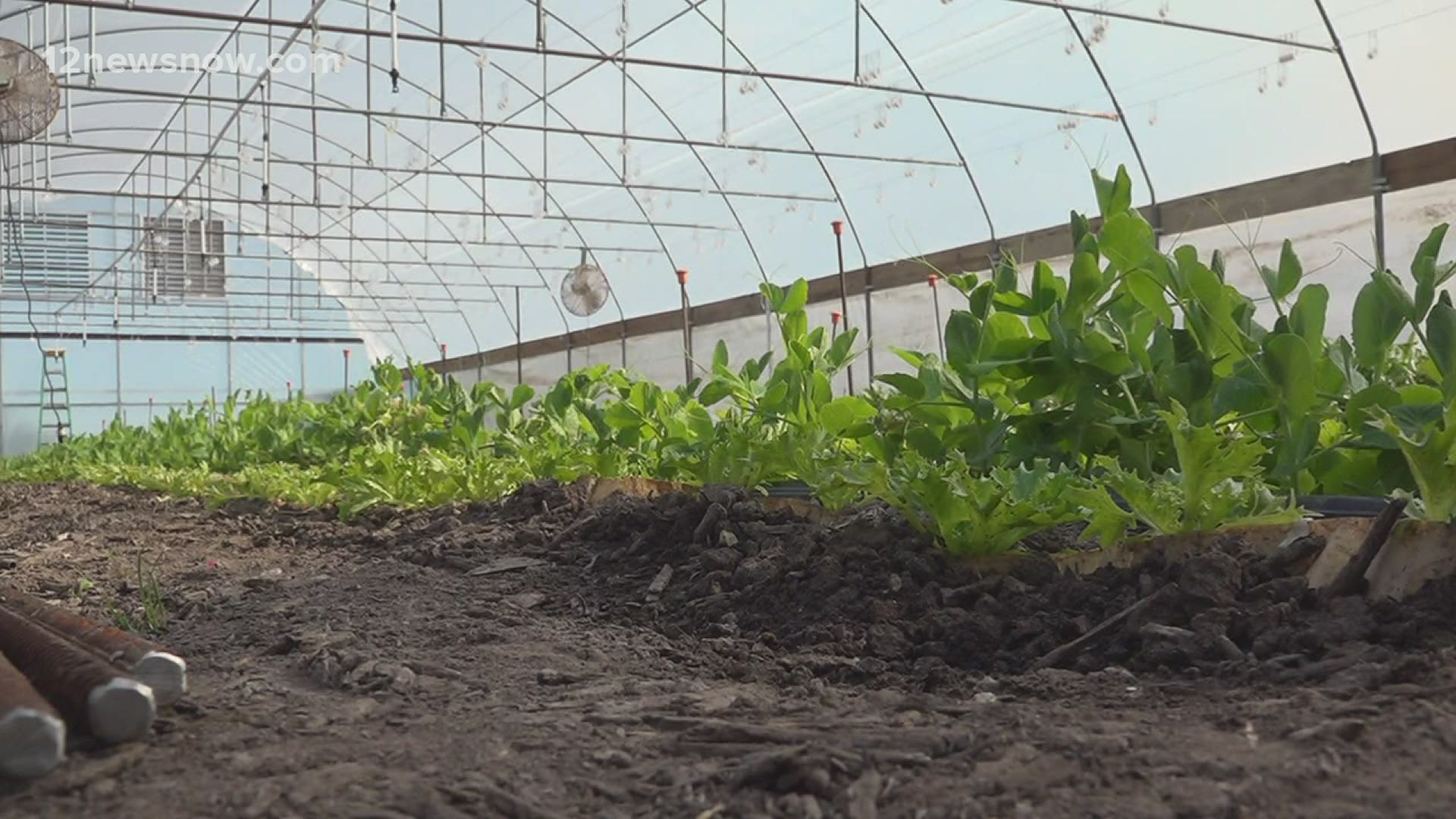 BEAUMONT, Texas — In the aftermath of the winter storm, many famers are across Texas are having to start over after the historic freezes killed crops and livestock.

Donna's Farm is one of the farms across Southeast Texas dealing with the effects of the deadly arctic blast.

"This is some of the dill that got burned right here," Brent Heironimus said. "This is frost damage, cold damage on the tips of our dill. But we'll cut it back and it will regrow and it will be just fine."

The farm lost most of its herbs and leafy greens during the cold weather. The workers at Donna's Farm are waiting to see if the citrus and fig trees were affected.

Many Texas farmers face difficulties protecting crops from cold weather due to the lack of resources, and the outcome is expensive and time-consuming.

"It probably set us back two or three weeks on tomato production, because it burned a lot of the leaves," Heironimus said. "We're going to go through and put on new little suckers, and we'll come back and trim the plants. We probably won't have celery for another two months because we lost all the plants from the freeze."

Sometimes, replanting is not an option because the process is too slow, he said.

"We may have a week to wait on seeds, and we get the seeds, and they take two three weeks to germinate until we transplant," Heironimus said. "So three, four months in until you get a crop, and the problem you're going to run into if it's a cool weather crop, [is] getting into the summer time, it's too hot for it. It won't work."

If farmers are not able to replant some crops, he said there will be less variety of produce this year, which poses a problem for many businesses who rely on farmers.

But the owner of Monica's Restaurant said it's not a difficulty for her.

"Mainly, what I've shifted my focus on in the last year is I'm putting the ranchers and farmers first, and I'm cooking what they provide to me," Monica Cobb said.

This approach helps her cook up innovative dishes, all while supporting local farmers and ranchers, she said.

"The customers feel like they're not only supporting the farmers, ranchers, locally owned business chef, but they're also learning how to prepare certain foods," Cobb said. "They're also becoming accustomed to not always getting what they want."

Farmers are working as quickly as possible to replenish what was lost, but less food means produce prices in supermarkets will begin to rise in the coming months.