The governor will hear from oil and gas workers, energy leaders and advocates on how Texas can continue to support the industry and workers amid COVID-19. 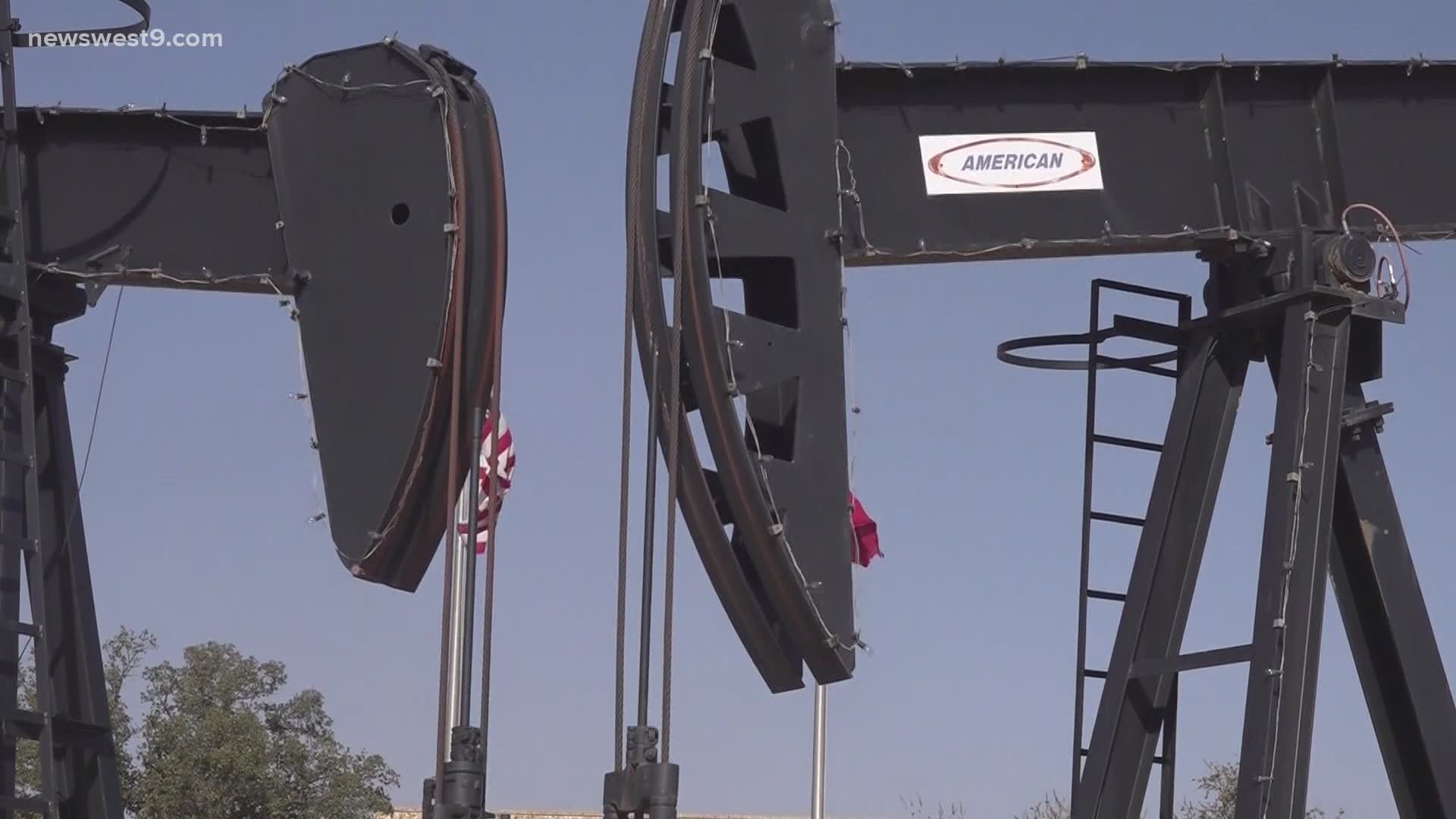 ODESSA, Texas — Texas Governor Greg Abbott visited Odessa Thursday for a roundtable discussion on the state's economy as well as the oil and gas industry.

The governor heard from oil and gas workers, energy leaders and advocates on the way the state can continue to support the industry and workers amid COVID-19.

He declared that part of being a prosperous state with a good economy was protecting its resources, and that includes the oil and gas industry and its workers.

This action echoes his time as Attorney General of Texas, a position he served from 2002 until he assumed the position of governor in 2015. During this time, Abbott filed 31 lawsuits against the Obama administration, including against the Enviromental Protection Agency.

The governor also condemned President Biden's rejoining of the Paris Agreement and commitment to the New Green Deal, stating that if anyone tried to pass similar legislation in Texas it would be met with a Governor's veto.

Abbott also mentioned efforts to help with road infrastructure, not only to help keep drivers safe but also to make it smoother for those working in the oil and gas industry to get where they need to go.

In other economic news, Abbott also talked about how he hoped certain regulations altered for the pandemic such as alcohol to go and easier access to telemedicine could be adopted for the long-term in the state.

Another prominent issue the governor spoke on was the lack of statewide broadband access, something that became incredibly apparent as schools went virtually in 2020 due to the COVID-19 pandemic.

You can watch the press conference held in Odessa below.