Bars prepare for Friday night crowds after reopening during pandemic

In July, the owner of Soggy Bottom Saloon staged a protest in defiance of the governor's order to remain closed. This week, the bar is officially open. 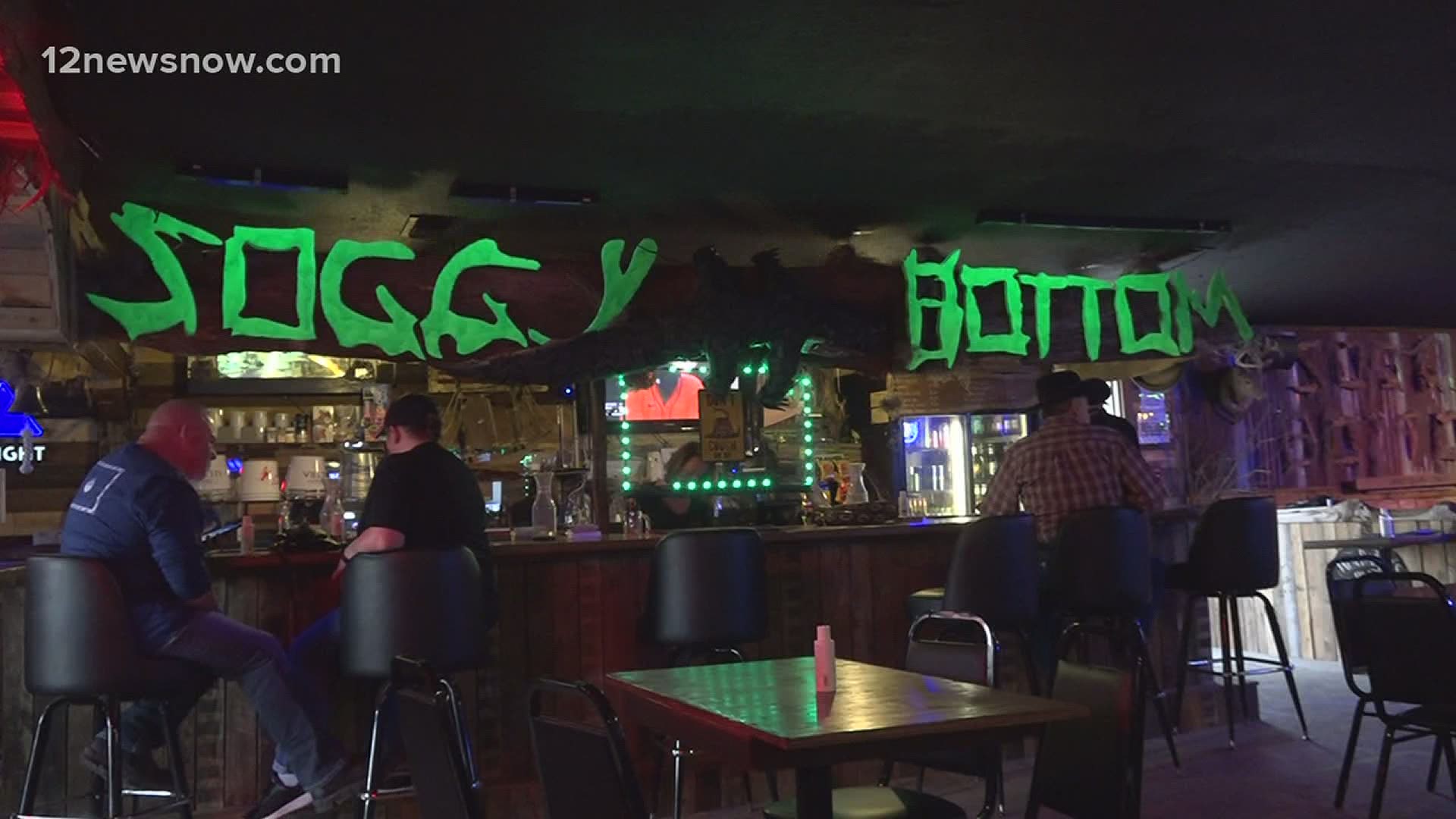 BEAUMONT, Texas — Bar owners across Texas saw a trying few months, watching business after business get a green light from the states and still waiting to reopen.

In July, the owner of Soggy Bottom Saloon staged a protest in defiance of the governor's order to remain closed.

"They're doing this to us now, who's to say it won't be your business tomorrow," owner Bobby Parham said.

But this week, the bar is officially open along with many bars across Texas kicking off their first Friday back in business, thanks to a new order from Governor Abbott.

Throughout the evening at the Soggy Bottom Saloon, there was not much of a crowd, but more people arrived later in the evening when the band started playing.

State health officials have said that dancing is not recommended, but Parham said if people want to dance, they have to wear a mask.

The full parking lot puts Bobby Parham a couple of bucks closer to recovery. People enjoying beers and each other's company is a welcome sight, he said.

"No doubt about it, we were closed for six months out of the last seven, numbers get rising, I don't know the reason," he said.

When officials pointed to bars as COVID-19 hotspots, other bar owners around town seized on a work-around opportunity allowing them to reopen as restaurants, but Parham chose not to go that route.

"We're fifty one percent bar, there's no way I could ever sell more of anything else than alcohol," he said.

For the second time this year, bar owners across Texas are trying to prove they can reopen safely.

At the Soggy Bottom, capacity is limited to 50 percent and there is hand sanitizer at every table, spaced apart. The outside patio serves as an even safer option.

As Bobby welcomes his customers back, he's cautiously optimistic this time, it is for good.

"I have a feeling, they've blamed us before, if numbers do go up, I know without a doubt they're gonna blame the bars," he said.