The troopers acted as an honor guard, waiting at the foot of the Edmund Pettus Bridge for Lewis' casket as it crossed. 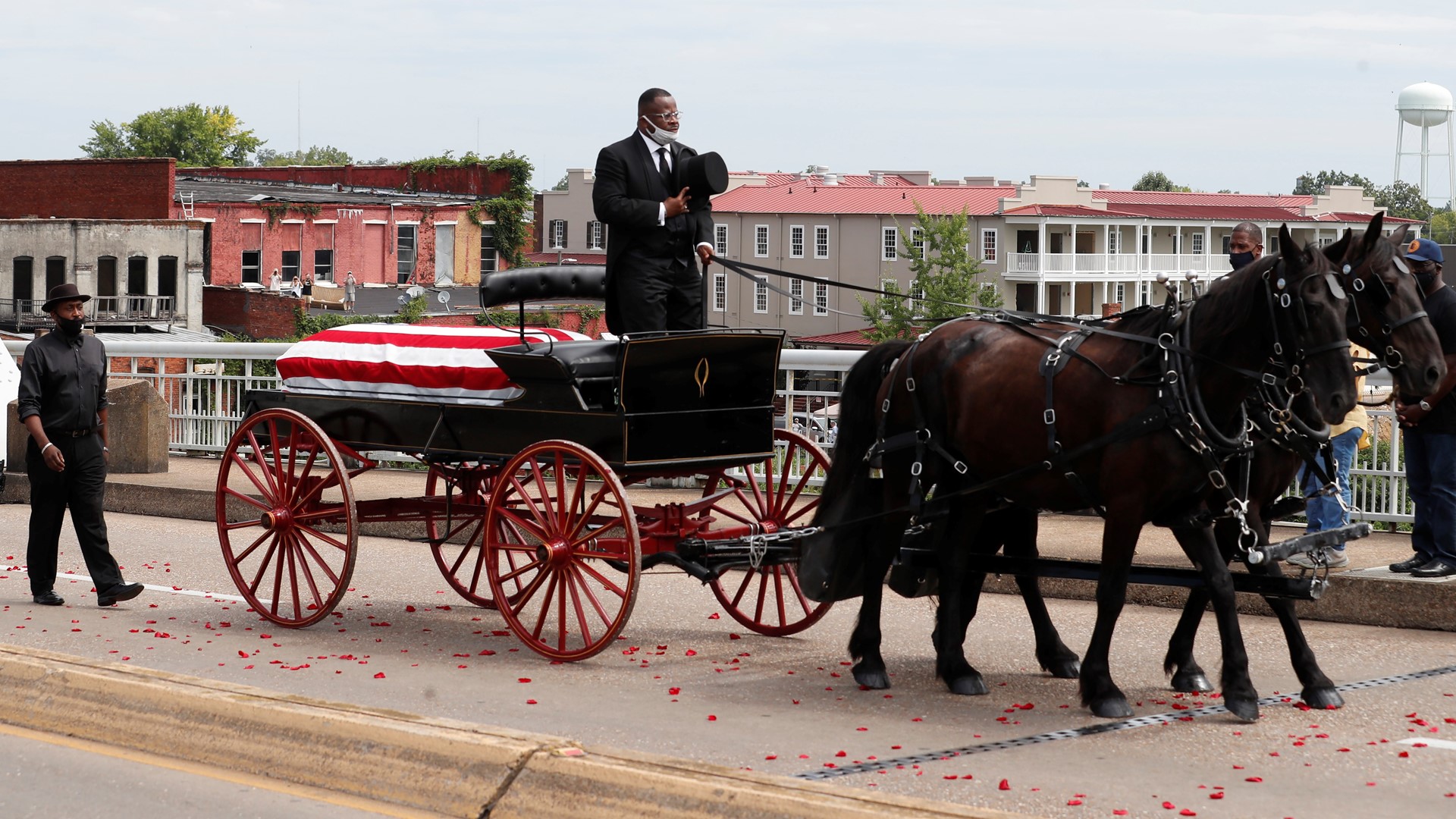 SELMA, Alabama — Fifty-five years ago, when John Lewis got to the top of the Edmund Pettus Bridge in Selma, Ala., he saw a line of Alabama State Troopers on the far side, waiting for him.

They were armed with nightsticks and other objects, which the ultimately used to beat the 500-to-600 civil rights marchers who, along with Lewis, were marching across the bridge, intent on going to Montgomery with the intent of gaining the right to vote for African Americans.

On that day, named "Bloody Sunday," the actions of the troopers were seen on television and horrified viewers across the nation.

When the horse-drawn carriage pulling the casket containing John Lewis crossed the Edmund Pettus Bridge on this Sunday, a line of Alabama State Troopers also waited on the opposite side.

But on this day, the troopers were standing as an honor guard, saluting the casket as it arrived at the foot of the bridge

They gently lifted the flag-draped casket from the carriage and placed into a waiting hearse for the next stage of the final journey of John Robert Lewis.

The hearse will follow the route of US Highway 80 to Montgomery -- which is the direction the marchers had intended to take 55 years ago, had they been able to complete their trek.

The destination, this day -- as it was that day -- is the Alabama State Capitol.
When it arrives, a ceremony presided over by Alabama Gov. Kay Ivey will welcome the congressman and his family.

Lewis will lie in state in a place of honor before continuing its final journey.

1 / 18
AP
The casket of Rep. John Lewis moves over the Edmund Pettus Bridge by horse drawn carriage during a memorial service for Lewis, Sunday, July 26, 2020, in Selma, Ala. Lewis, who carried the struggle against racial discrimination from Southern battlegrounds of the 1960s to the halls of Congress, died Friday, July 17, 2020. (AP Photo/Brynn Anderson)

Congressman John Lewis to lie in state at U.S. Capitol