During the pandemic, misinformation about breastfeeding was going around and many mothers were afraid they would give their babies COVID-19. 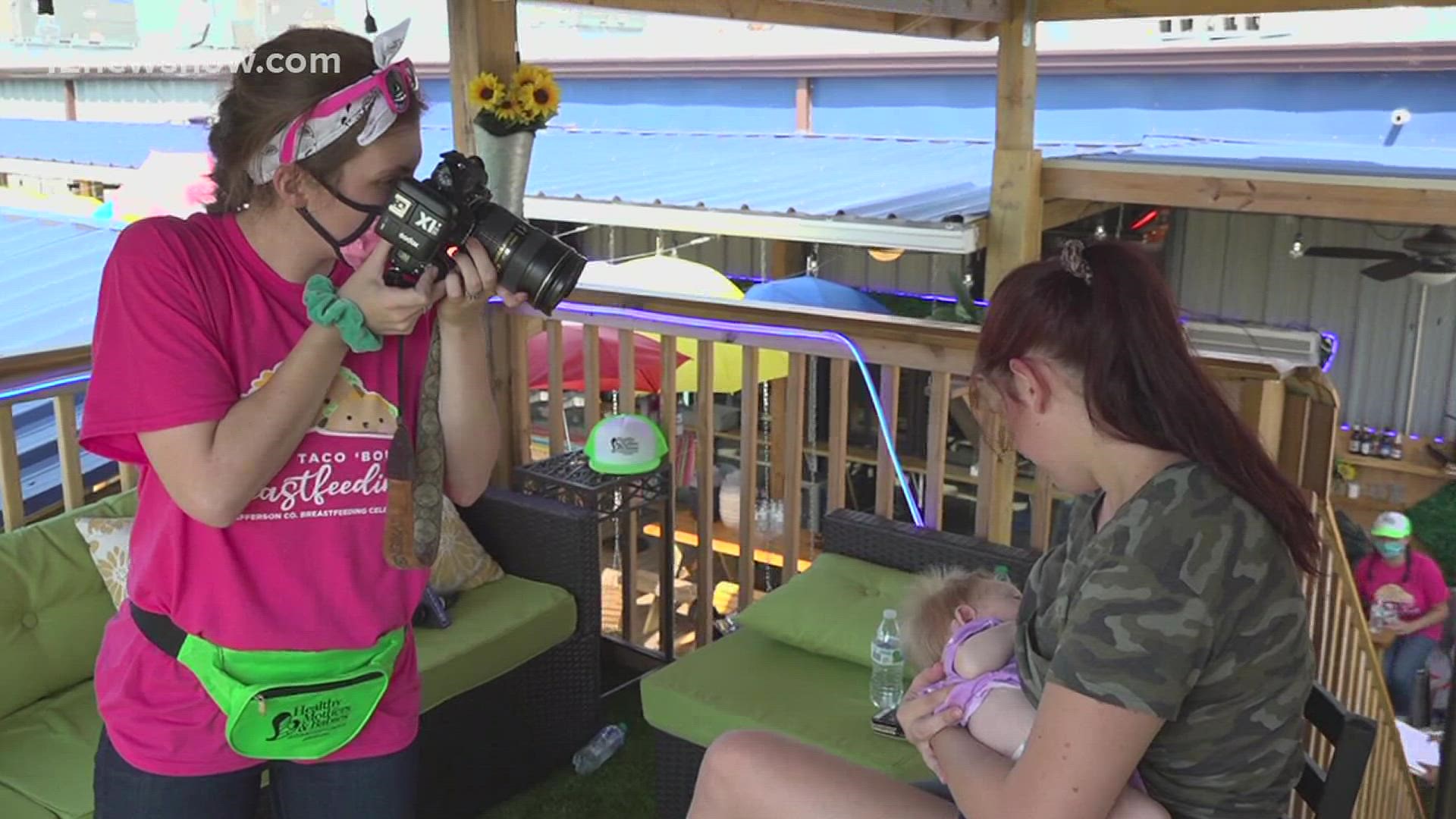 A Jefferson County coalition held an event Friday to address the spread of misinformation, raise awareness, and eliminate the stigma surrounding breastfeeding.

Healthy Mothers and Babies Jefferson County Coalition held the "Let's Taco 'Bout Breastfeeding" to also celebrate a new proclamation that named August the Breastfeeding Awareness Month. Its purpose is to bring mothers together and provide them with helpful information.

During the pandemic, misinformation about breastfeeding was going around and many mothers were afraid they would give their babies COVID-19 through breastfeeding.

"Whenever mothers are able to breastfeed their babies, their babies have better health outcomes, as well as mothers," Kara Michael, Special Supplemental Nutrition Program for Women, Infants, and Children lactation consultant, said.

In Jefferson County, infant mortality rates were 7.1 per 1,000 live births compared to 6.2 in the state.

Because of disparities leading to high infant mortality rates, the Healthy Mother and Babies Jefferson County Coalition was formed to help educate the community.

"The sad part is we have really low breastfeeding rates in Jefferson County amongst our mothers," Michael said. "We want to show moms in our area that we do support breastfeeding, and we want more to consider breastfeeding."

During the lockdown, many mothers lacked access to resources and support groups. This made breastfeeding more difficult because mothers were not learning the proper methods," she said.

The coalition is sponsored through a grant from the Texas Department of Health and Human Services.

One of the major misconceptions for breastfeeding moms is transmitting the virus to their babies through their milk, Michael said.

“If a mom gets her vaccine, or even if she's had COVID and she has antibodies, because she is recovered, those will be present in the breast milk,” Michael said.

When babies are born, their immune systems are not fully developed, so they can catch illness easily. However, the antibodies can help.

“We know that even if she has an active case she can breastfeed while wearing a face covering,” Michael said.

During quarantine, mothers and soon to be mothers couldn't gather in large groups so they lacked access to educational resources and support.

“You weren't getting your classes in the hospital,” Michael said. “For example, at WIC, we could give consults on the phone but not in person.”

The lack of information has made mothers more hesitant about breastfeeding, Michael said.

“We took an experience that's already hard and just made it harder,” she said.

Members of the WIC program and Jefferson County mothers said the process of breastfeeding is not as easy as it looks.

“Even though it looks beautiful, easy and sweet, sometimes it’s not,” Teresa Figueroa, WIC program, said.

Some of those mothers are also having to go back to work after quarantine, and depending on the employer and job, there are barriers breastfeeding mothers will have to face.

“Some bosses prefer them to go into the restroom to breastfeed,” Kierra Dillam, mother of two, said. “I think that's ridiculous and nasty, but as long as you're comfortable, you do what you have to do for your child. That's what comes first.”

WIC officials want to make sure the process of going back to work is easy, safe and inclusive.

“They have to give them a break," Kara Michael. "We want them pumping in a place that's clean and sanitary. We want them to have a place to store their breast milk."