The NC Dept. of Health & Human Services says if your pet appears to stumble, stagger, or collapse after being in a body of water, seek veterinary care immediately. 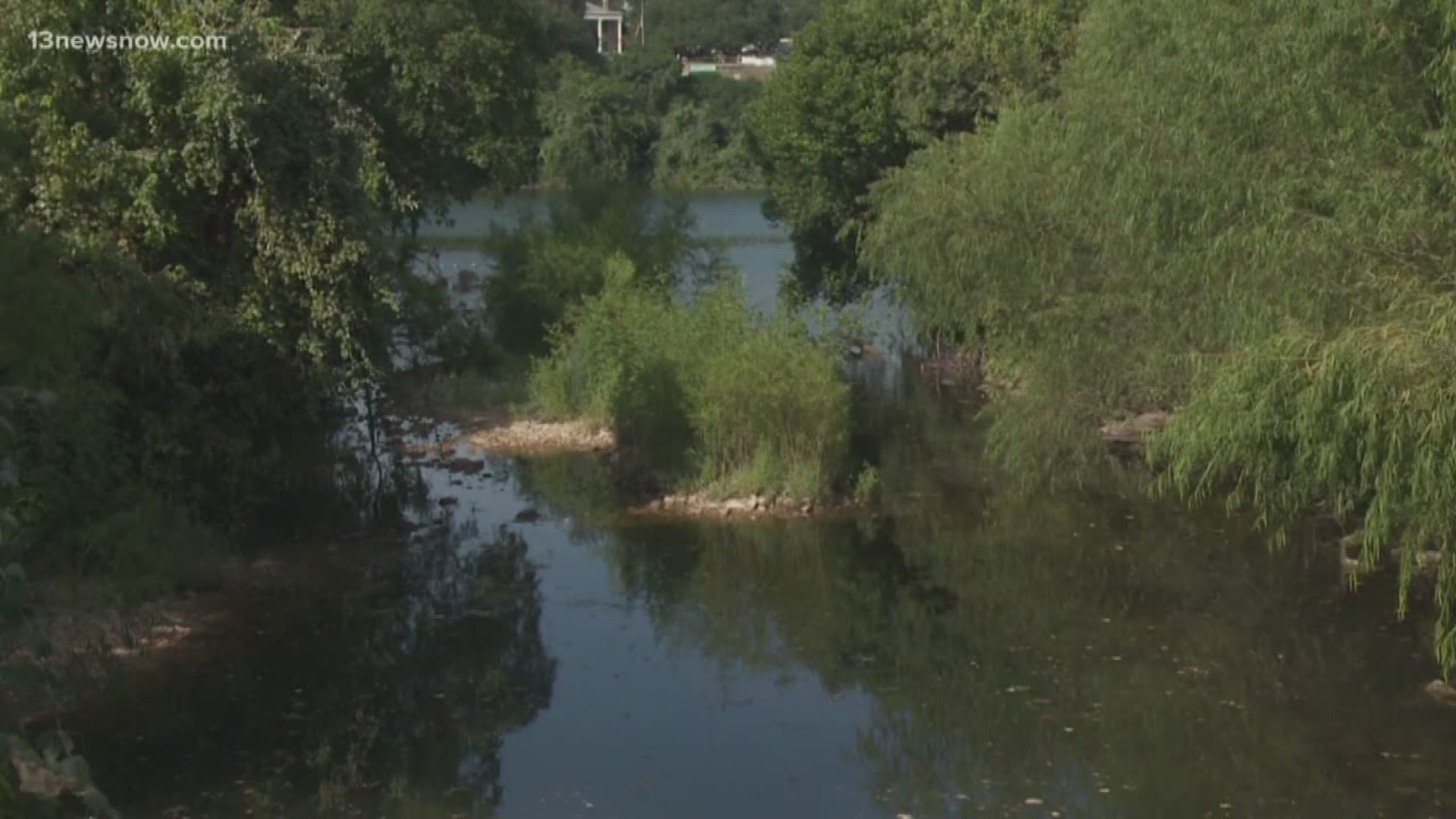 WILMINGTON, N.C. — A North Carolina woman is devastated after her three dogs suddenly died after an afternoon of playing in and around water. Now she wants to warn other dog owners about the potential dangers in our own backyards.

Melissa Martin said she took her dogs to play with a neighbor’s dog at a pond on Thursday night. Her larger dog Harpo was swimming. The two smaller dogs were not.

She said after she took them home to give them a bath the dogs began seizing. She rushed them to the emergency vet, but it was too late.

After speaking with poison control Martin says the vet determined it was cyanobacteria, more commonly known at blue-green algae.

“We just brought our dogs here to have a good time,” Martin said. “We were with other dogs. The other dog is totally fine. For some reason, ours just didn’t… we lost them within three hours. I mean, we joke that we used to give our dogs bottled water. We would never put them in a situation like this. They were everything.”

RELATED: Couple shares warning on toxic algae after dog dies less than an hour after visit to lake

According to the Centers for Disease Control and Prevention, “Cyanobacteria, also referred to as blue-green algae, are microscopic organisms that live primarily in freshwater and saltwater, at the surface and below. They usually multiply and bloom when the water is warm, stagnant, and rich in nutrients (phosphorus and nitrogen) from sources such as fertilizer runoff or septic tank overflows.”

The North Carolina Department of Health and Human Services says “children and dogs are the most vulnerable to the effects of cyanobacterial toxins. Dogs are especially susceptible to cyanotoxins that attack the nervous system.”

After losing her dogs, Martin has a mission.

“By the end of this year, I plan to contact whoever I need to contact to make sure we have signs up at every body of water like this that says it’s toxic,” Martin said. “Because nobody knows. Kids could get in it and it could poison them as well.”

There is a no trespassing sign near the pond, but Martin says she came from a different direction and didn’t see it.

The DHHS says if your pet appears to stumble, stagger, or collapse after being in a pond, lake or river, seek veterinary care immediately.

There is no antidote, but there is a chance that a veterinarian could flush it out of their system.