Last call? San Antonio-area bars have to close at 11 p.m. while bars-turned-restaurants can stay open longer

Even as establishments prepare for weekend crowds, at least one bar owner says "it's still going to be tough for me." 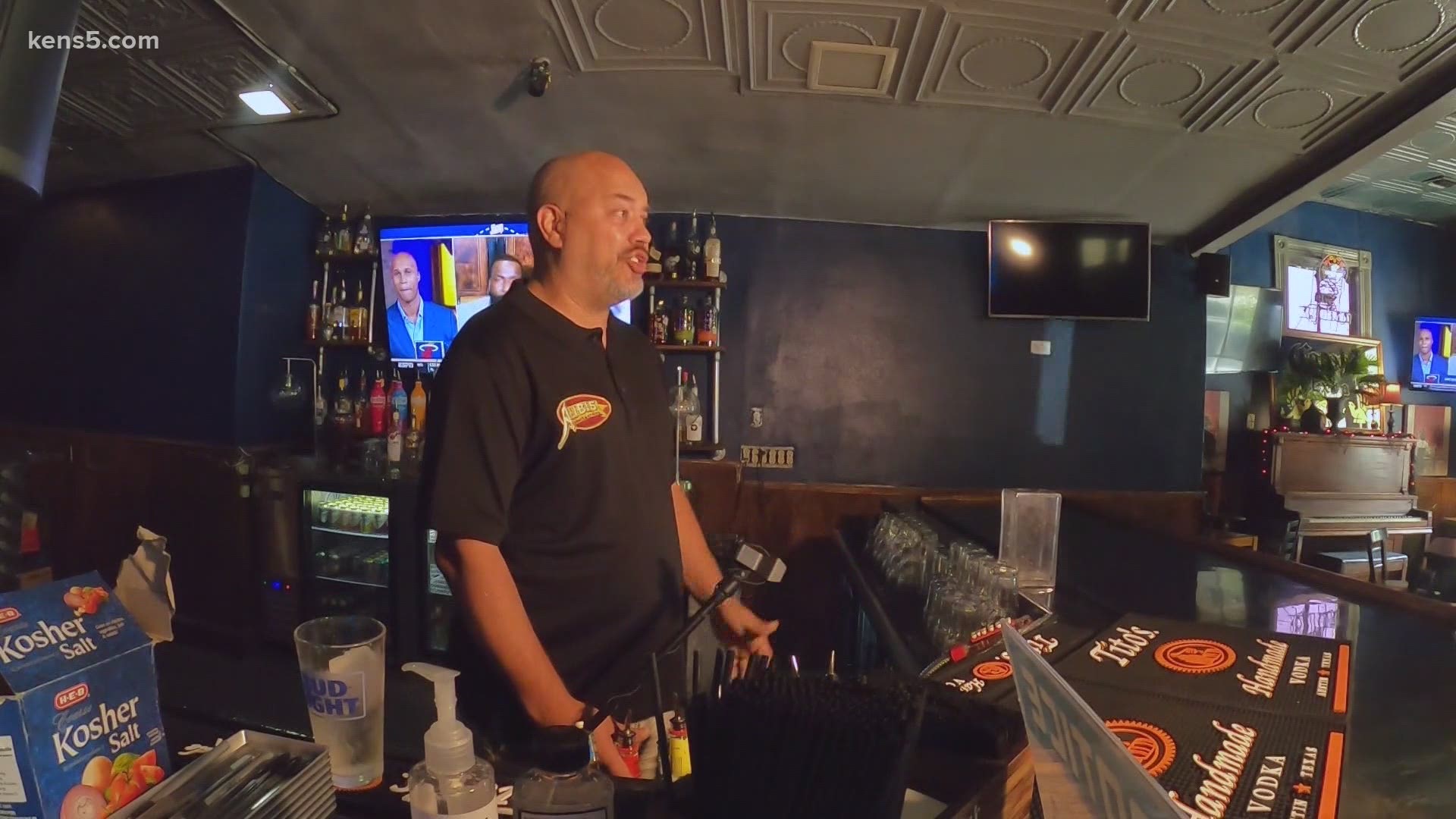 SAN ANTONIO — For months, the streets of St. Paul Square have been stagnant. That was until they found their alibi.

"I was absolutely elated," said Nick Johnson, the owner of Alibis Sports & Spirits. "It's been a long time, it's been a huge anticipation."

For the first time in four months, Johnson has a reason to smile. It had been more than 100 days since he was able to serve a beer, but that countdown will reset as the weekend gets underway; the Texas Alcohol and Beverage Commission has given the green light for Bexar County bars to partially reopen.

"It was good for me to get back and see a lot of my old patrons," Johnson said.

But the reunion with customers comes with a catch. The TABC is only allowing bars to open with 50% capacity indoors, and with an 11 p.m. curfew.

Meanwhile, bars that won their restaurant license during the pandemic are still able to stay open at 75% capacity past 11:00 p.m.

The discrepancy has Johnson scratching his head.

It's a tough situation TABC says they’re trying to work through, but for now officials say the rules will remain in place.

"It's really just a way that state officials can ensure that customers are able to maintain their responsibility and their presence of mind as they're going about the reopening," said Chris Porter, a TABC spokesperson.

As the weeks go on, Johnson hopes he can reopen just a little more to give his customers another reason to celebrate. Another alibi.