The U.S. Postmaster General said October isn't too early to be thinking about Christmas, considering the huge volume of mail changing hands over the next few weeks. 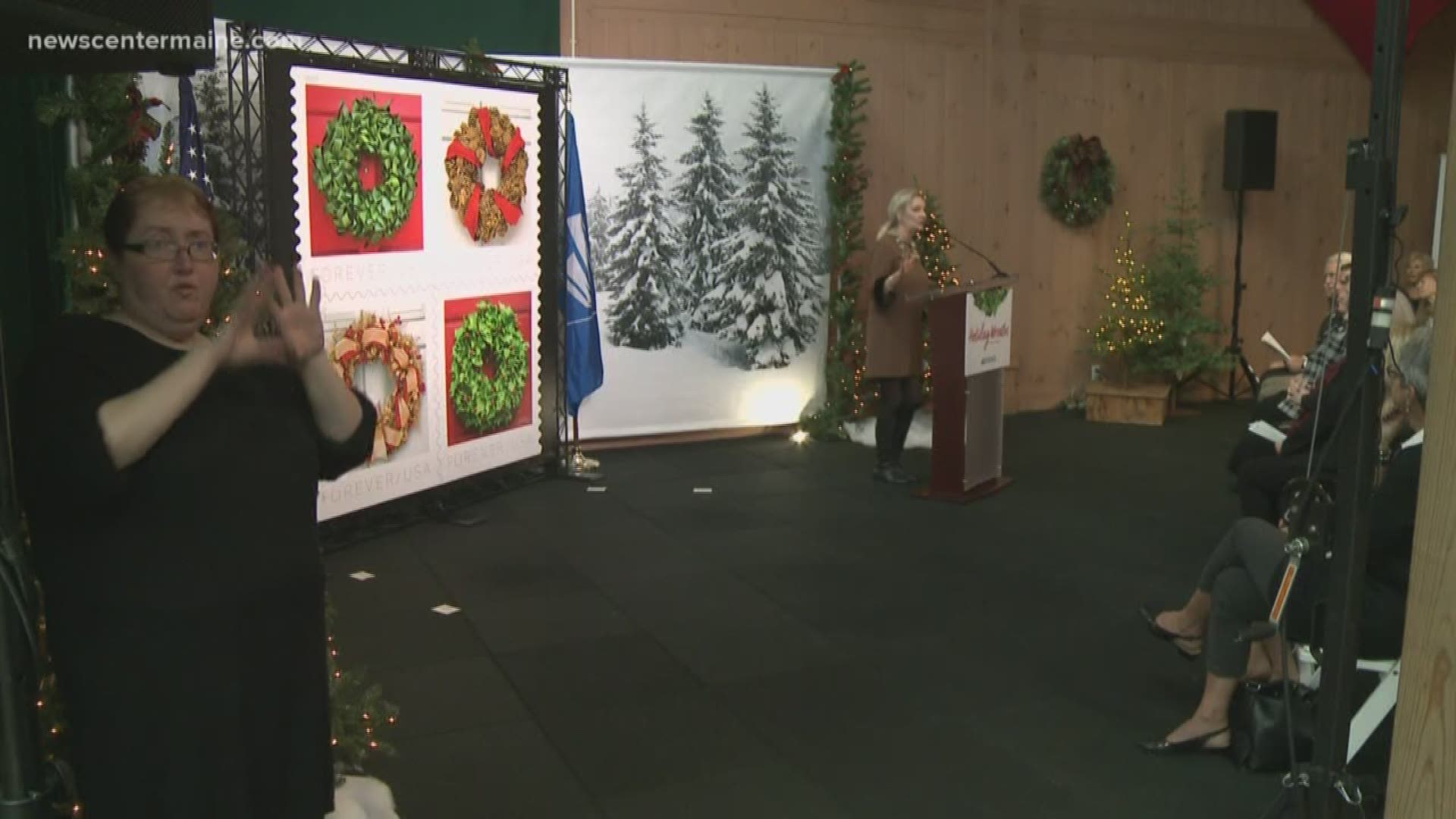 FREEPORT, Maine — The stamps that will grace millions of letters to Santa Claus this Christmas season made their first stop in Maine on their way to the North Pole.

The U.S. Postal Service unveiled the stamps in a ceremony on Friday, October 25, at the L.L. Bean flagship store in Freeport.

As a company that ships much of its products by mail order, L.L. Bean relies heavily on the Postal Service, making its headquarters a fitting location for the event. That relationship extends beyond business interests into the family life of the company founder.

"Back in the 1930s and 40s, Guy was L.L.'s brother, and he actually served as postmaster here in Freeport," said Michael Mahoney, L.L.Bean's Chief Legal & Financial Officer.  "The two of them shared an office in the same building. So small town of Freeport, tight partnership between the company and Postal Service all the way back then."

Held the week before Halloween, the stamp unveiling was an island of Christmas cheer in a sea of skeletons, cobwebs and other creepy decorations. But the Postal Service can't afford to wait for the snow to fall to begin its holiday preparations.

"The Postal Service plans year round for the holiday season. We would encourage our customers to mail early and often," Brennan said. " We're looking forward to delivering over 13 billion cards and letters and more than 800 million packages during that time period."