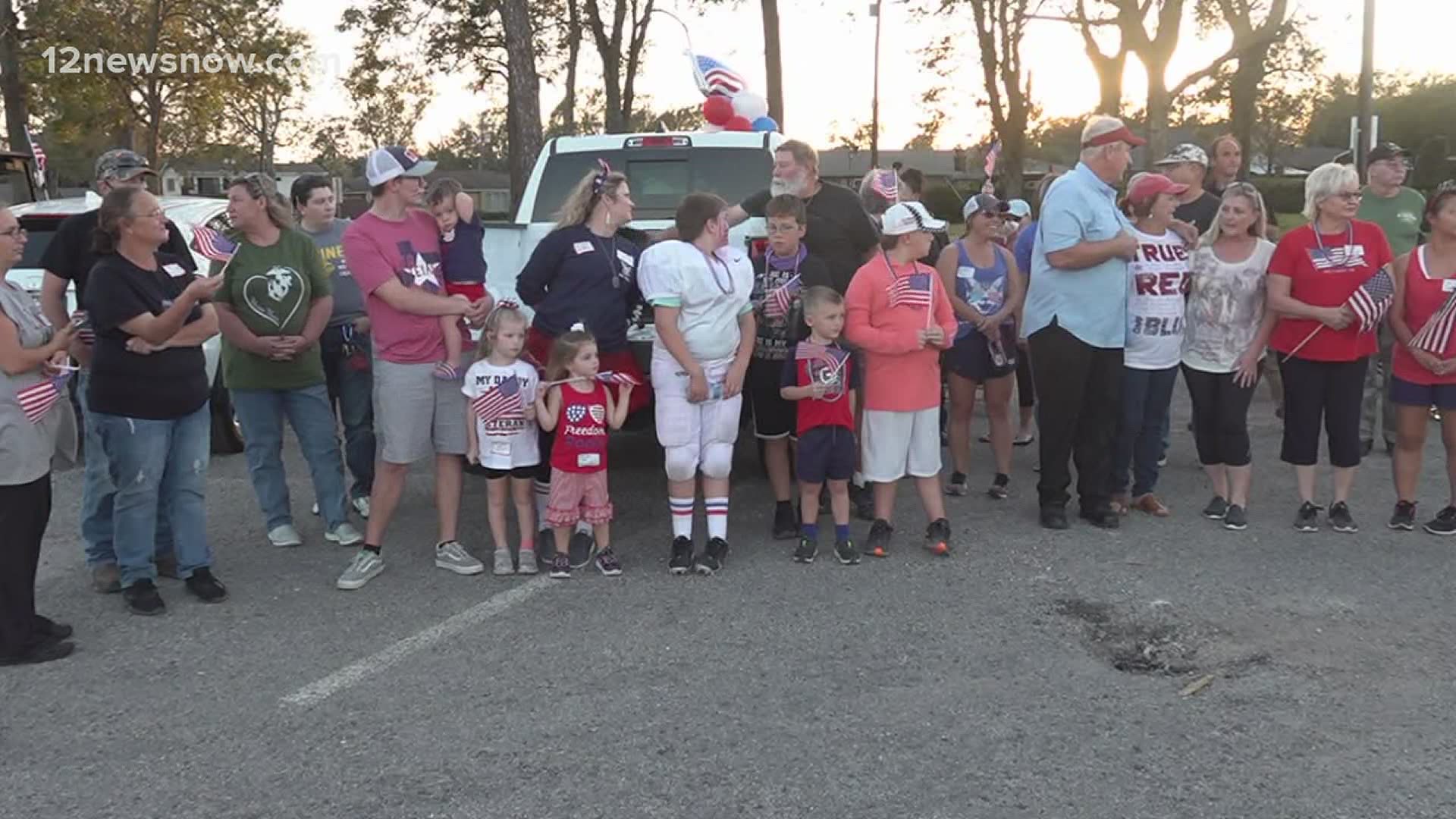 PORT NECHES, Texas — On a day when we honor those who fought for freedom and those who made the ultimate sacrifice, a Southeast Texas community came together as one to say thank you.

In Port Neches, Kelli Cropper helped organize an event to honor veterans and bring together people of all ages.

"My grandfather served in the Navy and my great uncle was a colonel in the Air Force. This really touches my heart," Cropper said.

Kelli Cropper felt inspired to host a Veterans Day walk in honor of those who served and sacrificed for our country.

"You have the kids, you have dogs, you have older, younger people and it just brings the community together as one. It's nothing about politics, it's just again a reminder to bring us all together," Cropper said.

Terriney Taylor attended the walk, along with the Cub Scouts she works with.

"They love their heroes, they love their firemen, policemen, the nurses, doctors, the veterans, everyone of them got military family," Taylor said.

While this was the first Veterans Day walk in Port Neches, organizers are hoping to make it an annual tradition to continue promoting unity during divisive times.