A small gesture from Dolly Parton meant the world to a Farragut woman who's recovering after losing her home and most of her possessions in a fire. 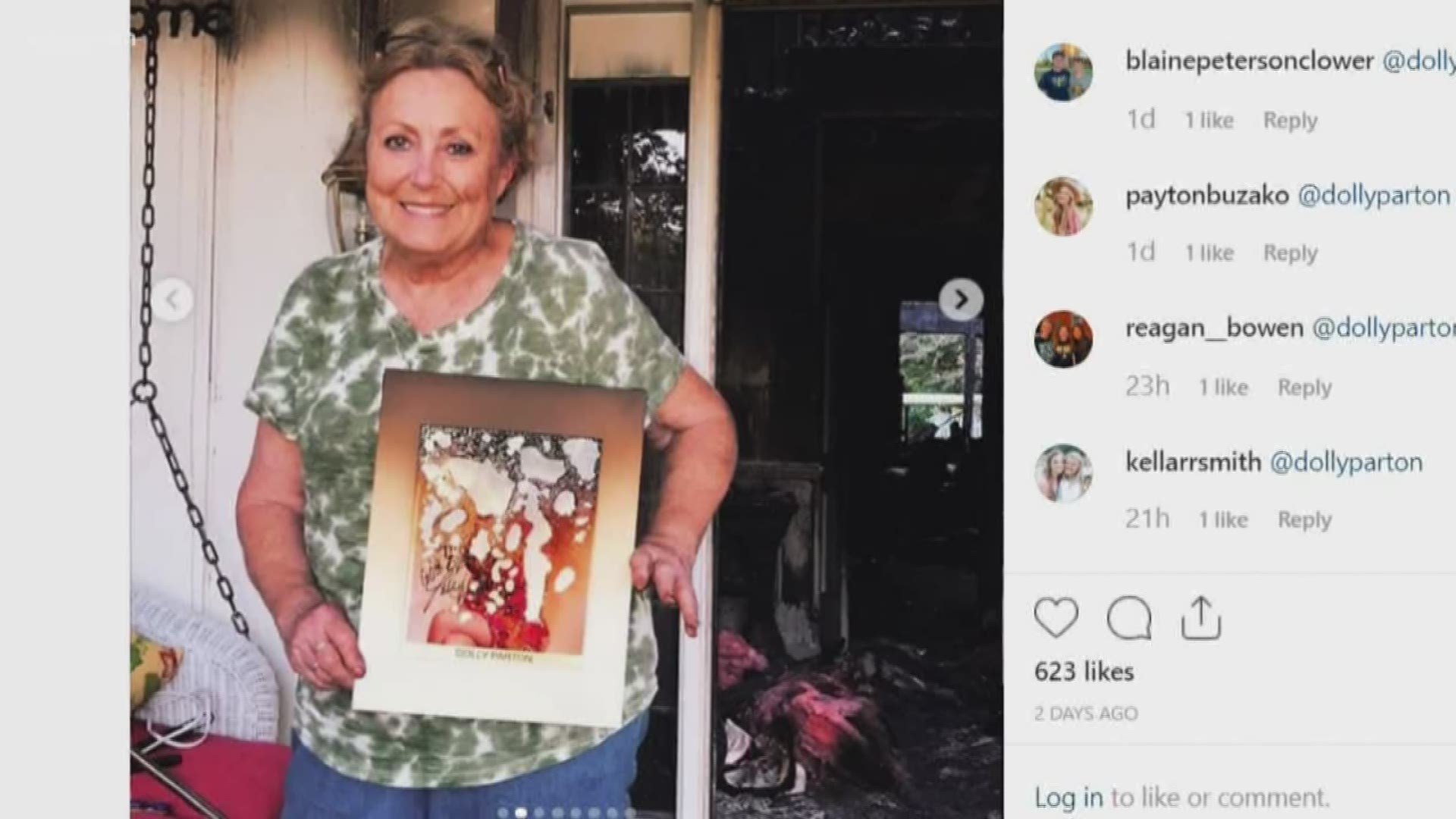 FARRAGUT, Tenn. — One Farragut woman lost her home in a fire, but she didn't lose everything.

Her granddaughters know good and well -- Sissy Jones is full of positivity and could never lose that.

So you can imagine she took one of the worst things that could happen and made the best of it.

"It's just things, you know," Jones said. "Things we can replace."

She'll have to replace her entire Farragut home after a fire early in October.

"I heard a couple of explosions," Jones said. "Loud explosions--by then our house was engulfed in big balls of flames and smoke and heat. We had about maybe one minute to get out."

Nearly a week after the fire, she was left sorting through her fondest memories. One is connected to an East Tennessean who needs no introduction.

She and Dolly Parton go way back.

"Well Dolly and I are the same age," Jones said. "And when we were in high school—she doesn't know this but—we were in band competition and we knew Dolly because she was on the Cas Walker show and everything. We always looked for her."

"She played the drums and everything in the band," Jones said. "So everybody always admired her because she was on the Cas Walker show and all. We were so proud of her when she made it big."

RELATED: Here's when you can watch the Dollywood Hallmark Christmas movie

The post gained a lot of traction, and eventually catching the eye of Dollywood Public Relations, who decided to send her a new, autographed photo.

When Bryant told her Jones, the big Dolly fan's face lit up.

RELATED: Dolly Week at the Opry: Toby Keith, Hank Williams Jr. and other country stars to perform with Dolly

Jut a couple weeks later, she received a new picture of Dolly she can cherish that's autographed, "To Sissy - Love, Dolly Parton."

It's a small bit of the best of it to make the worst of it better.

"God let us get out, and we're grateful," Jones said. "I've got my grandchildren, two sons and daughter in law. If you don't stay positive for them and strong for them—you've got to teach them lessons in life too."