Cocoa bombs are all the rage on social media, as well as at Jet Set Chocolates in Brenham. 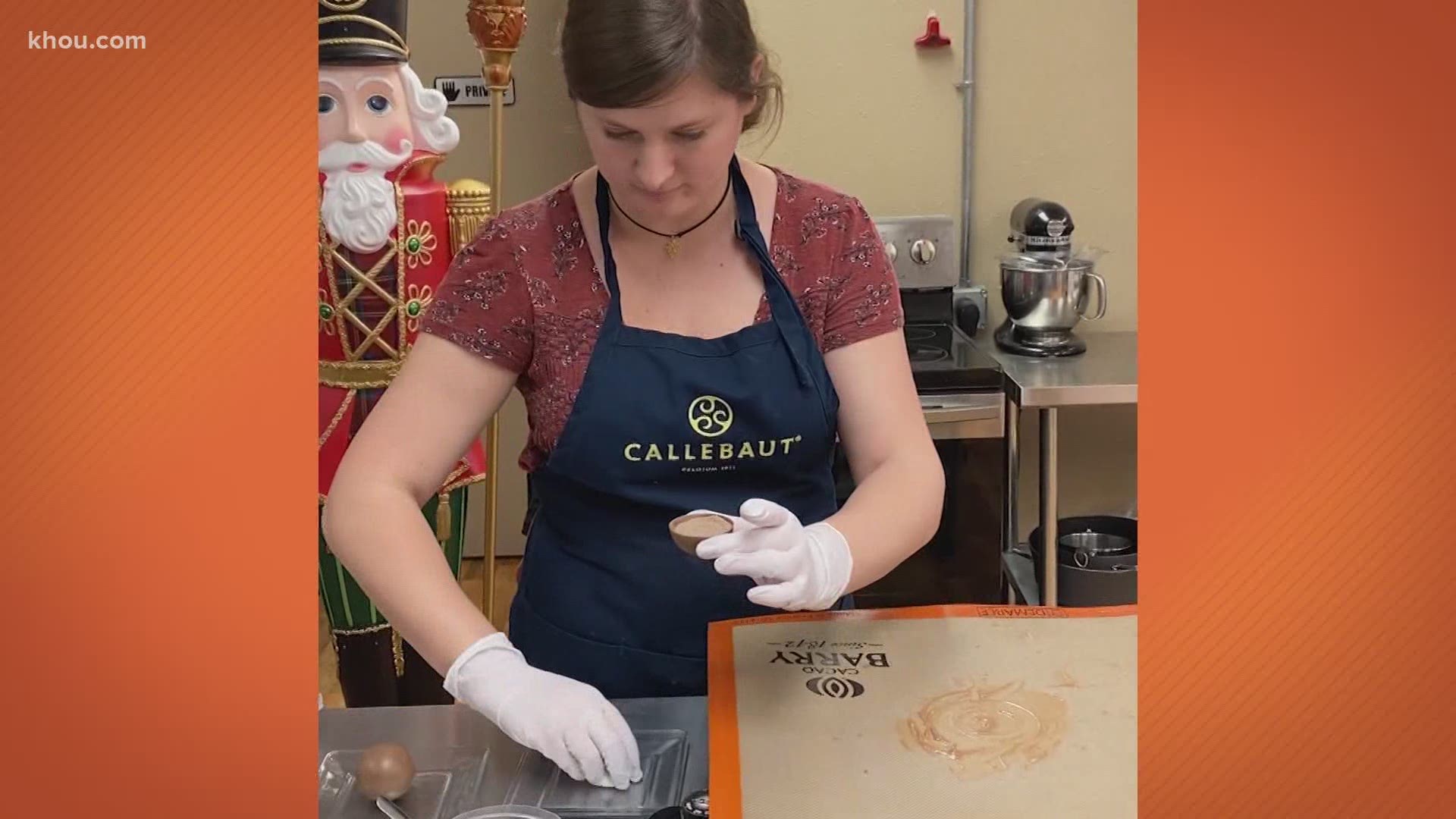 BRENHAM, Texas — For more than three decades, Raymond Davis put on his pilot uniform almost every day. But not as many planes are flying right now, which means neither is he.

The downtime has given him the opportunity to focus on his other job.

"With the new 2020 economy, I’m really a full-time chocolatier and a part-time pilot," Raymond laughs.

He, his wife Debbie and their daughter Caroline run Jet Set Chocolates. This summer, the pandemic just about grounded that too.

"It was pretty tough," says Raymond. "I have friends who are in tougher situations than I am."

The holiday season offered a light at the end of the tunnel in the form of a viral sensation: cocoa bombs.

About 150 roll out the door at Jet Set every day. So many, the shop's had to shut down to give Caroline time to catch up.

"I get a giant thing of sweet tea and I come in and make bombs until it’s time to go home and eat," she says.

The demand is keeping the shop busy as people seek out joy during the holidays.

"You can have the warmth, the comfort that everybody’s looking for," says Debbie. "I think that’s what the bombs are giving everybody this season."

They're an unexpectedly sweet treat after a bitterly difficult year for Jet Set's customers and for the family piloting the small business.