Becca has an intellectual disability and limited speech but she makes it clear she loves to eat at Whataburger. 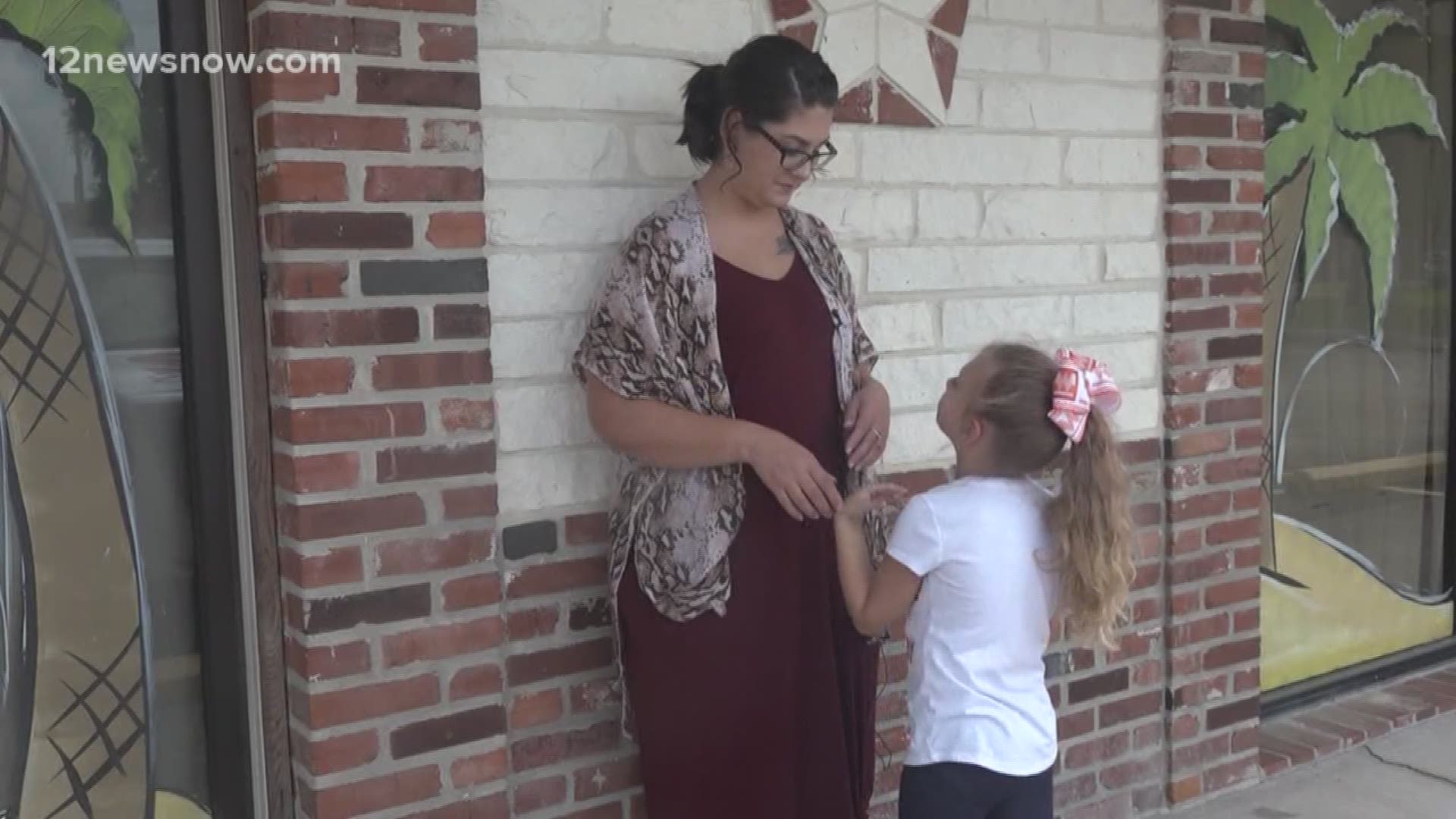 It was a last minute decision Ashley Schroeder made to have her daughter Becca's birthday at the popular fast food chain because it is her daughter's favorite place to eat.

Becca's mom said her daughter has an intellectual disability and limited speech but she makes is clear she loves Whataburger.

"I have a shirt that says 'what-a-nurse' and when she sees the emblem she said 'we eat.' And that let me know that was one of her favorite things and what she wanted to do," Schroeder said.

The family was planning to have a Whataburger themed party at their house, but a friend suggested they have it at the restaurant.

RELATED: 'Best birthday ever,' Vidor Whataburger staff goes above and beyond to throw party for 6-year-old

Ashley went to Whataburger on Friday, August 16, to ask if it would be okay to have about 10 children come in for a birthday party.

Ashley said the staff was excited. 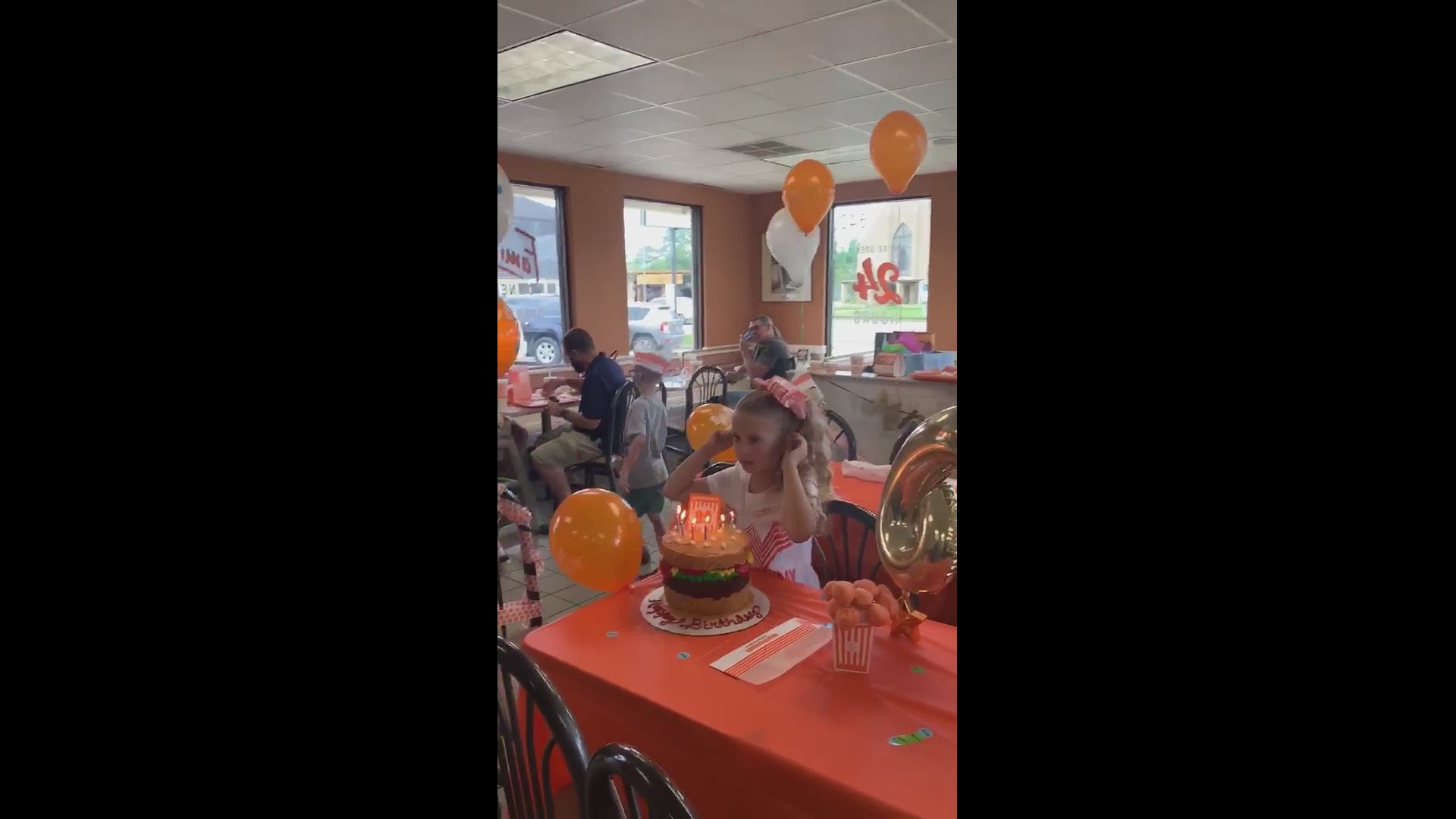 She got to the fast food restaurant early to decorate and was surprised by what she saw.

"They brought out a whole bunch of bags from Party City and had some decorations. I got there at 1:30 planning to have everything ready by two and they were already going through the motions and had everything set," Schroeder said.

Becca celebrated her sixth birthday on Saturday, August 17. Ashley said she is grateful for the help from Whataburger staff.

"Thank you, it really meant a lot. We will remember that forever and it was a really special day for her," said Schroeder.

Ashley made the cake herself. Check out her video below. 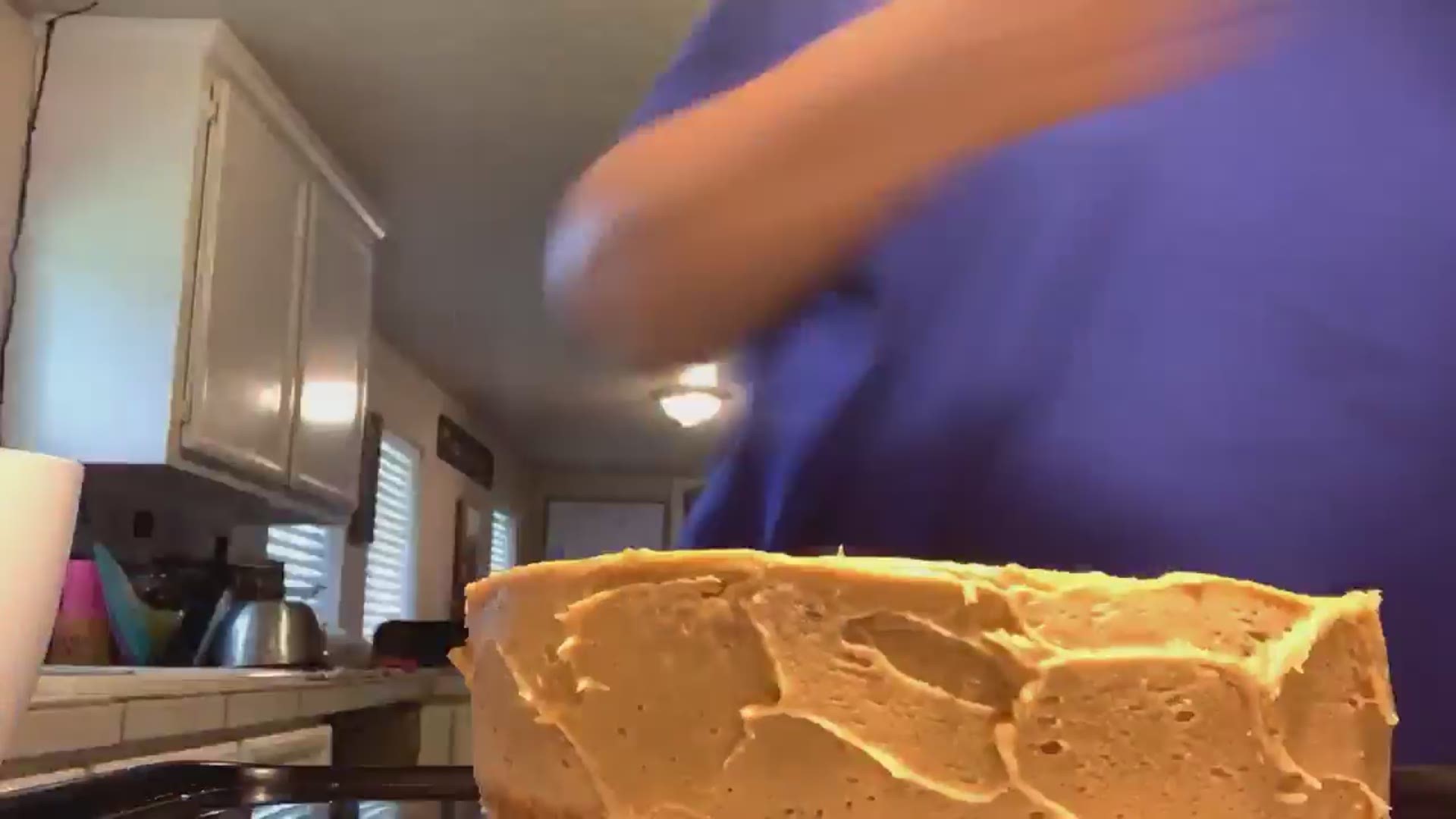