St. Jude patients asked astronauts questions that were "out of this world". 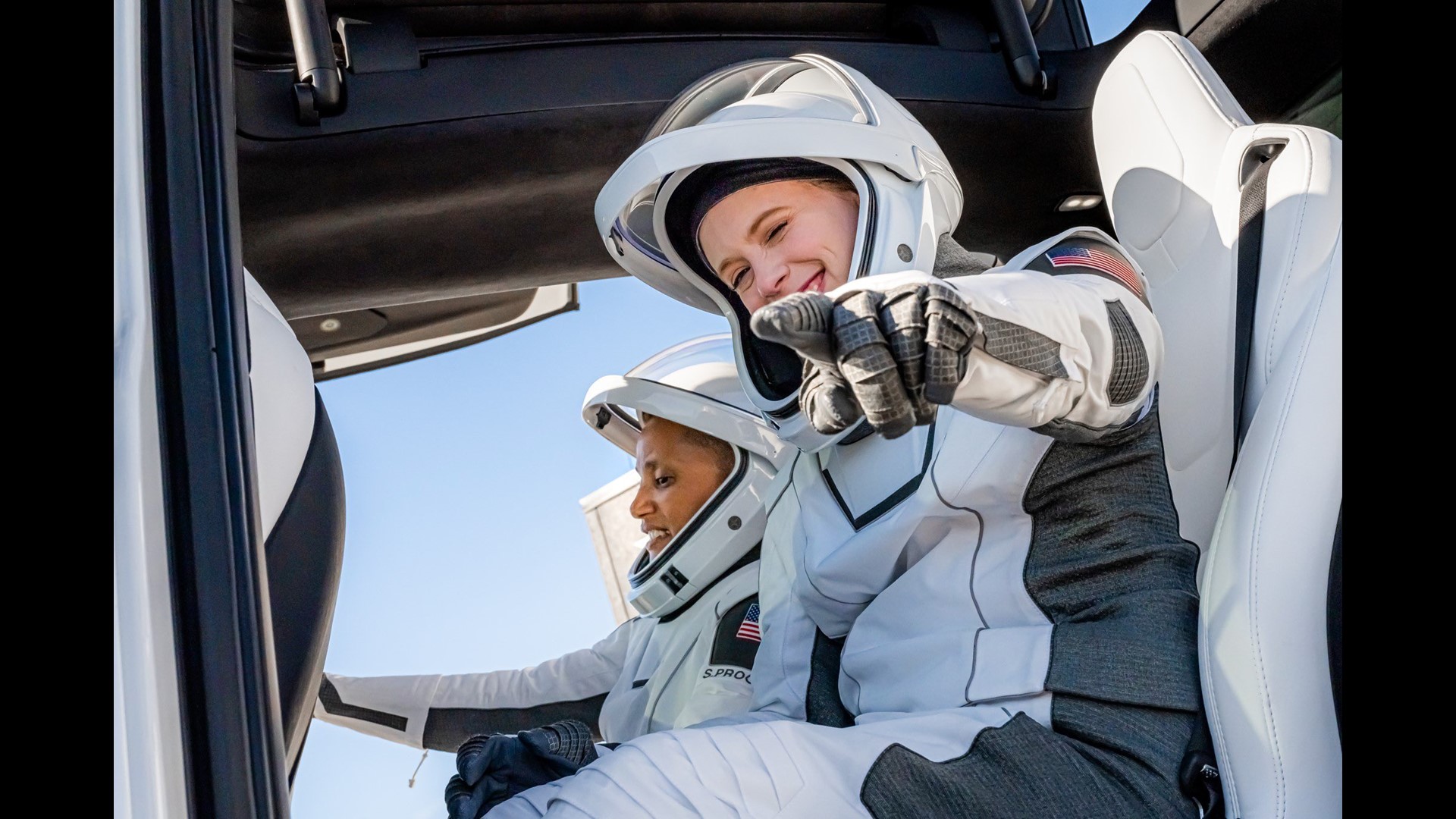 MEMPHIS, Tenn. — St. Jude employee and former patient Hayley Arceneaux was quarantined with the rest of her flight crew after landing back on Earth after her trip to space.

We're told she should arrive back in Memphis in a week or so.

Monday afternoon, Arceneaux tweeted a picture of her on a treadmill that said her prosthetic leg is doing just fine. The 29-year-old bone cancer survivor was the youngest American to fly in space.

Arceneaux was part of SpaceX's first all civilian crew into space. The trip on Inspiration4 helped raise more than $200 million for St. Jude Hospital.

The crew landed safely in the Atlantic Ocean on Saturday night, after its 3-day trip. While they were still in orbit, St. Jude patients sent questions for the crew, especially Arceneaux - a former St. Jude patient herself. The pediatric cancer survivor's mission to space was done to inspire St. Jude patients.

To those asking how my leg is doing post-flight: it’s awesome! The first internal prosthesis in space and certainly not the last!!! pic.twitter.com/EYGYicdT1f

So, what did those patients want to know about the trip while still in space? Arceneaux answered their questions.

One patient wanted to know what kind of sleeping bags they have?

Another patient asked about training. He wanted to know what training was like?

"Training was so much fun and we have been training for 6 months," said Hayley Arceneaux, St. Jude employee and SpaceX crew member. "She went on to say they studied a lot, and did some cool hands on stuff.

Another patient asked about gravity.  Arceneaux explained there is no gravity because the spacecraft was going very fast and told them floating is so much fun.

After about 10 minutes of questions and answers, Arceneaux shared a few final comments: "I just want you to know we are going this for you and we are thinking about you so much and I wanted to tell you I was a little girl going through cancer treatment just like you. If I can do this, you can do this and I and so proud of each and every one of you," said Arceneaux.

St. Jude released this statement on Monday about the trip and the millions raised:

Today, we celebrate two extraordinary missions accomplished this weekend: The safe return of Inspiration4 to Earth and raising more than $200 million for St. Jude Children’s Research Hospital. We are especially grateful for the extraordinary generosity and leadership of Shift4 Payments CEO and Inspiration4 Commander Jared Isaacman, and the generous commitment of SpaceX CEO Elon Musk, who, between them, committed $150 million to the mission of St. Jude and have helped inspire the world to rally around the cause of finding cures for childhood cancer and other life-threatening diseases.

We are awed by the dedication and fearlessness of Jared and the three other civilian astronauts of Inspiration4: Dr. Sian Proctor, Chris Sembroski and our own Hayley Arceneaux, a St. Jude survivor and physician assistant. Their actions, and the support of our donors, have made this historic moment for mankind transformational for the children of today and tomorrow."