One woman was disturbed by social media posts condemning a homeless camp in her neighborhood. Instead of lashing out online she took action by giving back. 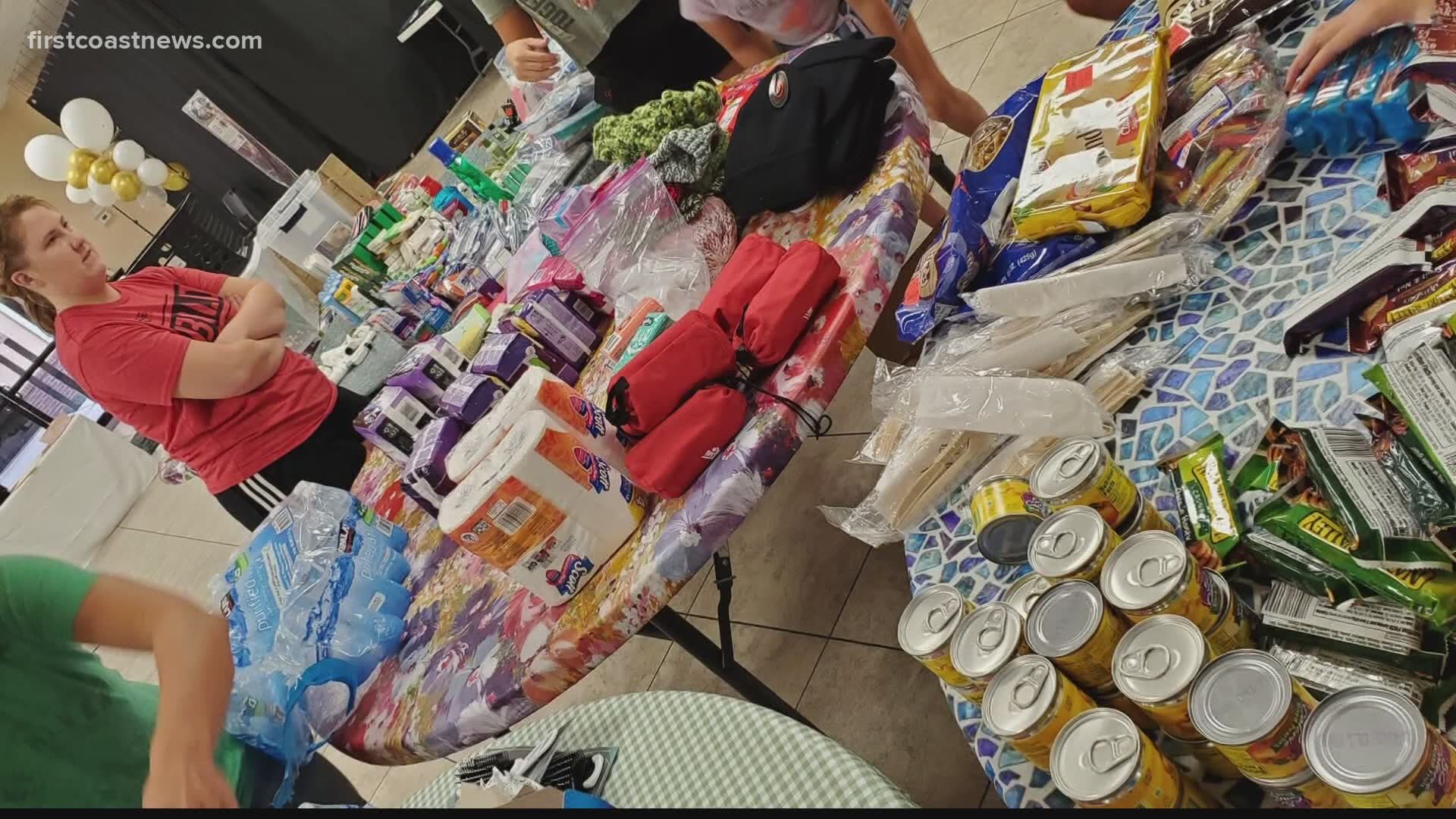 CLAY COUNTY, Fla. — A small homeless camp in the Oakleaf area is upsetting neighbors in different ways. On social media, a post inquiring about the camp garnered what Elle Oneal describes as disturbing responses.

"It was horrible,” Oneal said. “It was very negative. These people bashing these homeless people that had set up in Oakleaf and just a liking them to feral cats and saying they need to move further back into the woods. They were bringing down their property value. It stung me because of my personal relationship with a family member who was homeless.”

Her sister, Macy Boatright, once battled substance abuse and lived on the streets for four years.

"The only way she got clean and came back to us or came back to the world is because people showed God's love by just being kind to her," Oneal said.

She saw the online posts as an opportunity to help the men and women whose shoes her sister once walked in. Oneal reached out to her workout group asking for supplies to make hygiene bags.

"I just listed stuff like shampoo, conditioner, soap, deodorant, body wash," she said. "They ran with it!”

The group collected, bagged and handed out hygiene kits in Oakleaf and beyond.

They ended up with so much to give that Oneal donated extra kits to the same ministry that once helped to lift her sister up and out of addiction.

“I think that a lot of situations can be changed just by showing love,” Oneal said.

The name of the church that helped Oneal's sister is Hands and Feet. They have a homeless ministry on 103rd Street in Jacksonville. If you would like to make a donation to the Hand and Feet Foundation, visit https://handsandfeetfoundation.org.