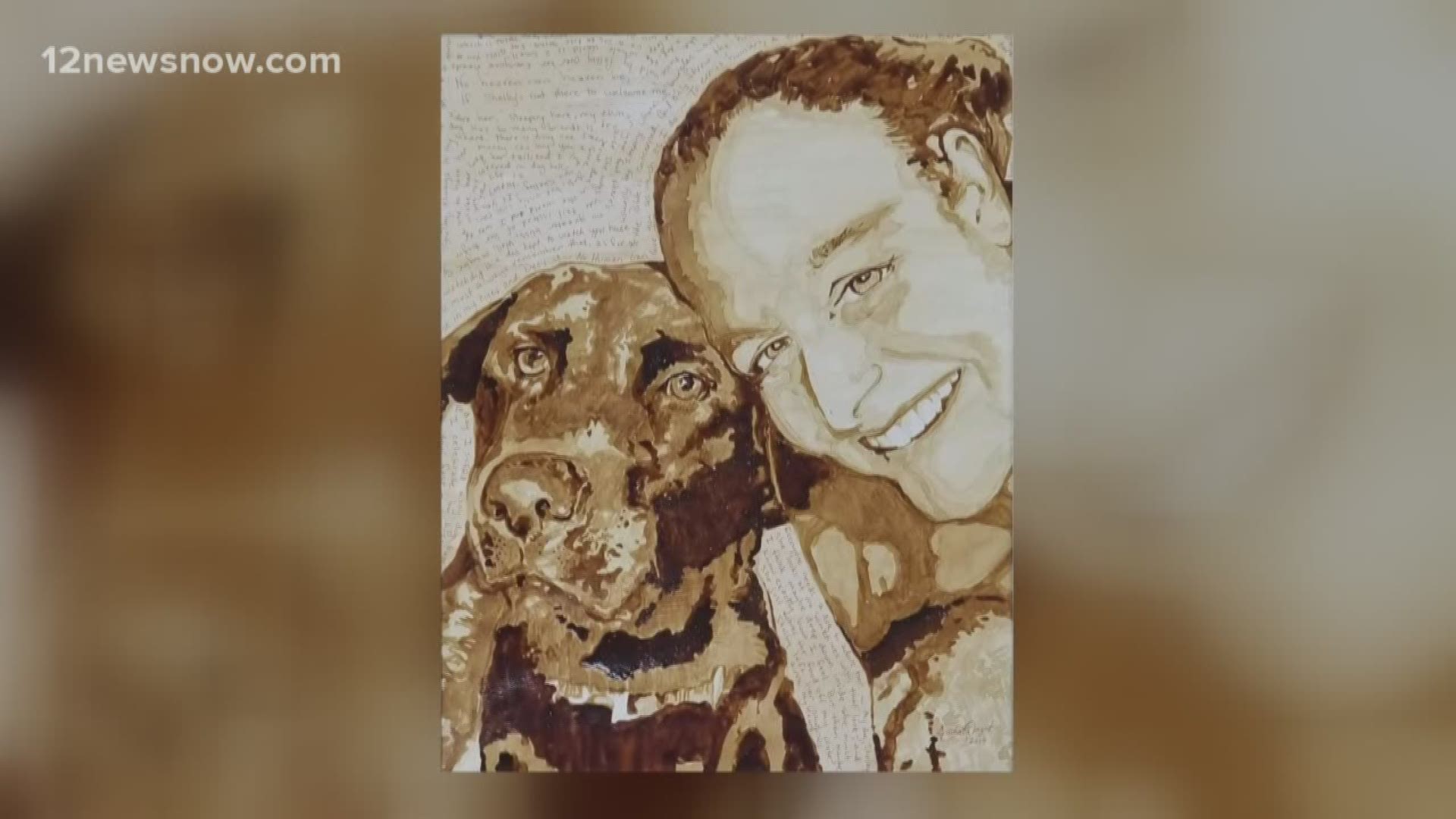 A New Hampshire woman was shocked after strangers helped to find and return a ring filled with her beloved pet's ashes on it.

Kathleen Lindell said she lost it in the water at Crystal Beach on Mother's Day.

Lindell was reconnected with the ring on Monday, July 1, after a couple picked it up on June 25.

Lindell lost her beloved chocolate Labrador 'Shelby' to a brain tumor in March and looked for a special way to carry Shelby with her.

She found a jewelry artist that could craft a ring containing the lab's ashes and decided to spread a some of the dog's ashes in the Gulf of Mexico with her husband.

Lindell had the dog's name, 'Shelby Ann Lindell,' engraved in the piece.

"Being a Labrador, she loved water, her favorite thing to do was swim," Lindell told 12News by phone. "Crystal Beach was her favorite."

Lindell said she was waist-deep in the water, wearing the ring, when she pointed up at the sky.

"The ring slips off my finger," Lindell said. “It goes down in the water, I scream out loud to my husband 'I lost my ring.'”

The couple searched for hours in the waves, but could not find it.

“It was just a horrible day that day," Lindell said.

Her husband told her to look at the situation positively, by thinking of it as Shelby's 'little tombstone in the water.'

Lindell said they left the beach and chose not to share the news with anyone believing it was gone forever.

More than a month later, Lindell received a message from a stranger on Facebook.

Heather Shedd, a Baytown police officer, told Lindell she was trying to find out if she might have lost a ring on Crystal Beach in the past year.

Lindell said Shedd has been with the department for over 20 years and is part of the K9 division there.

Ultimately, Lindell got in contact with Bill G. Cowles, who had found the ring while beach combing with his wife on June 25.

Cowles posted a photo of it in the 'Bolivar Beachcombers' Facebook group.

"It has such a unique design, I didn't know what it was," Cowles said.

Cowles told Lindell he almost didn't pick it up, thinking it was a key chain ring in the sand.

He found it between marker 109 and 110, a couple hundred yards away from where Lindell originally lost it near marker 111.

Lindell could hardly speak when Cowles said he had her ring.

“I don't even have the words to describe how happy, how grateful," Lindell said.

Lindell calls it nothing short of a 'little miracle.'

“How can a ring sink to the bottom and make its way to shore and be found?”

Later, Lindell wrote on Facebook that Shelby had gone "for her last swim and found her way back home."

Two strangers a month ago, Lindell and Cowles, now consider each other friends.

Lindell said she is unable to have children, so her dogs are "everything to her."

Before 'Shelby' passed, she had 10 puppies, nine of which Lindell and her husband gave away to families.

They decided to keep the last one and named her 'Winter.'

Lindell tells 12News 'Winter' loves playing in the water just like her mother.