On Friday, PAL teamed up with "Bikers Against Child Abuse" to ride beside each home, recognizing the graduating seniors in Orange and Hardin Counties. 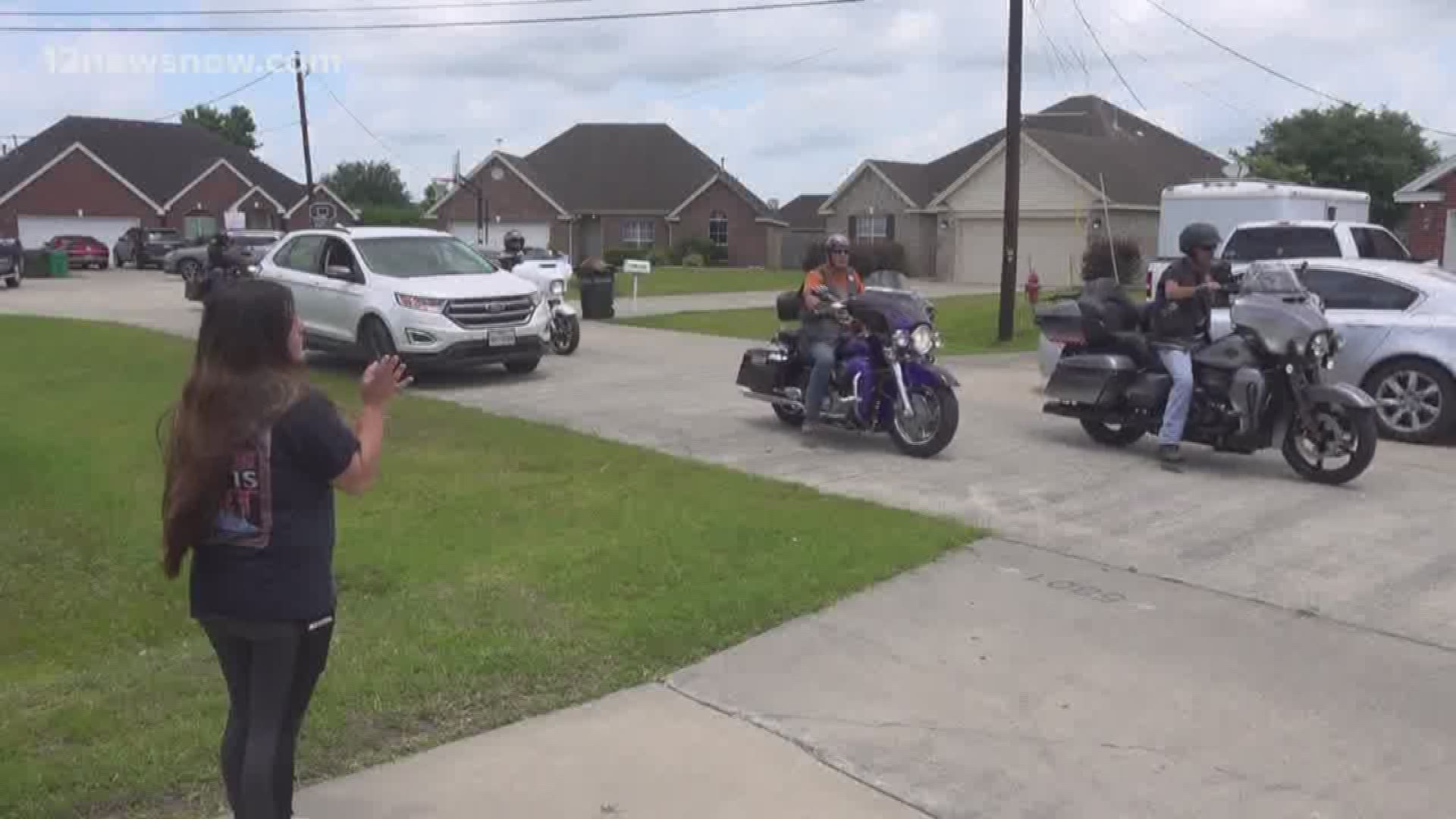 TEXAS, USA — A Southeast Texas group gave a new meaning to the phrase "Home is where the heart is."

A Child Protection Services program called "Preparing for Adult Living" (PAL) came up with a special idea to recognize and honor three teenagers in foster care.

Their reactions are full of joy and excitement.

Even the people participating in the drive-by parades in the parade couldn't help but enjoy the moment with smiles as well.

On Friday, PAL teamed up with "Bikers Against Child Abuse" to ride beside each home, recognizing the graduating seniors in Orange and Hardin Counties.

"They expressed how bummed they were that they were not going to participate in all of the senior activities that come along with being a senior," CPS PAL coordinator Elizabeth Jeffcoat said. "So, we came up as a team, the pal program, with how can we make this as special and something they can remember."

She adds some graduation ceremonies now offer limited tickets, so providing this experience allows for everyone to be a part of.

Best of all, each parade was a surprise to each teen.

"I saw a police car coming by and was like 'what is this?' Then, I saw this motorcycle and was like 'holy c***.'" LCM senior Mario Guerra said. "It was surprising. I got surprised."

"Get dressed to go to a friends house? I was so confused," Barron said. "I like it, I loved it."

In Foster Care, kids can experience obstacles their fellow classmates might not, which is why Guerra says they should be treated the same if not better.

"People that are in foster care, they don't get stuff like other seniors," Guerra said. "Foster kids should actually get the good stuff."

For him, what made him smile the most on Friday were the little things.

His foster brothers, who are stationed in Germany and Virginia, congratulated him following the surprise parade.

Jesus Mendoza, a Hardin-Jefferson senior, was the third student to receive recognition. All three received a set of gifts, thanks to the community, along with the special surprise.

May 22 was when Barron was originally supposed to graduate.

She didn't walk across the stage or receive a diploma on this day, but her smile brightened the neighborhood along with her parents.

"Something like a surprise like this, where she had no idea, we didn't no what to expect," Barron's father Jesse said. "It was really awesome to take it all in as a group."

Her mother added "I'm just thankful for all of the people that showed up."

All three seniors do plan to attend college following graduation.