A gathered crowd cheered the rescue. 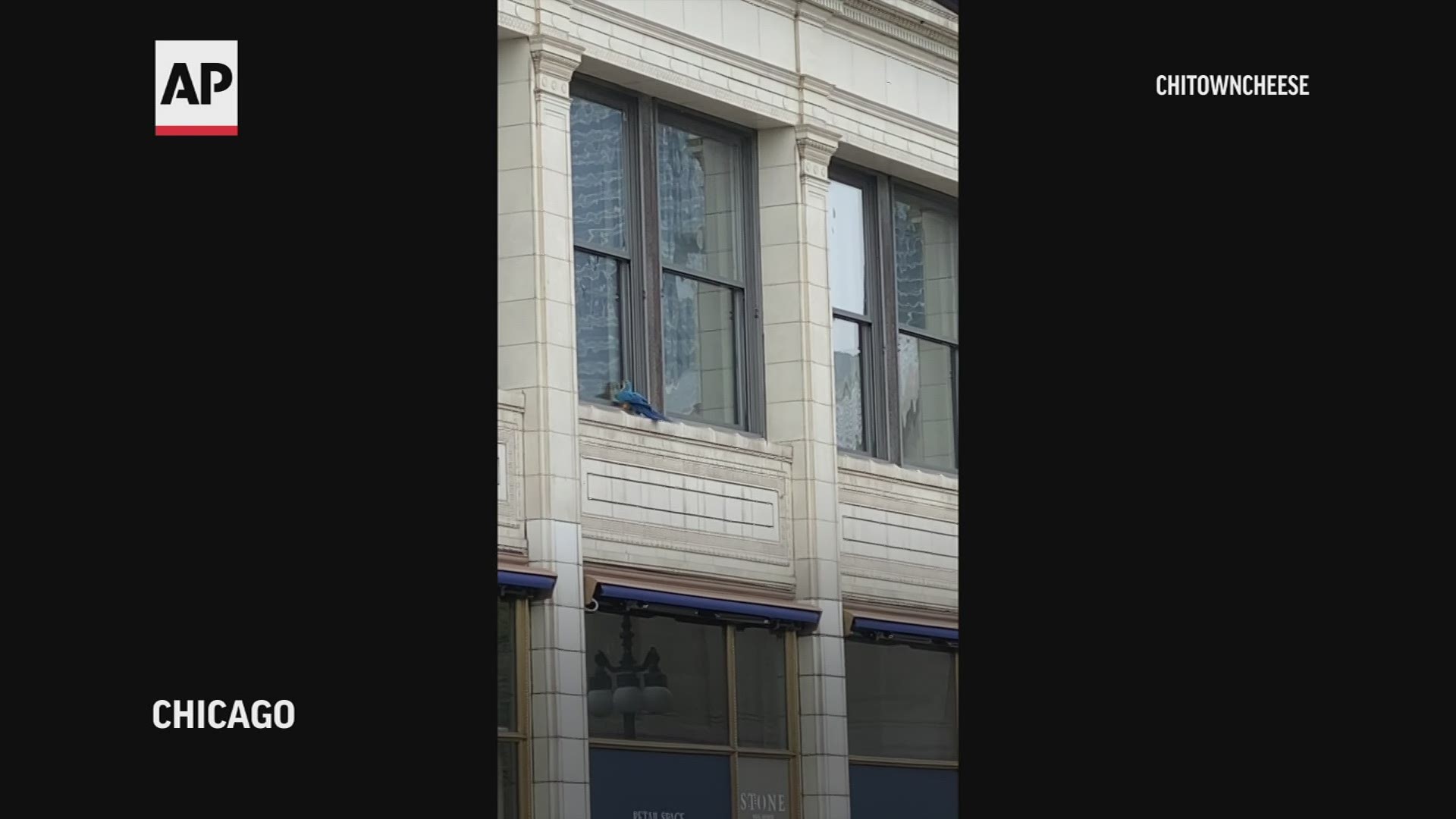 CHICAGO — The Chicago Fire Department didn’t have to raise a ladder to rescue a cat from a tree over the weekend, but firefighters did grab a pole to snatch a pet parrot from an office building ledge.

A fire crew was returning from a emergency medical run on Sunday when they were flagged down by the owner of the bird to grab what appeared to be a macaw from a second-floor ledge of the Railway Exchange Building.

The bird apparently was with someone who had taken it with them to a protest rally on Sunday, according to city officials. The rally wasn’t described, but thousands of people gathered on Michigan Avenue near the building waving Palestinian flags and calling for an end to bloodshed and “ethnic cleansing” in the Middle East.

Fire department spokesman Larry Merritt said the person asked for a ladder and a crew member instead used a pole to retrieve the brightly colored bird.

In a video of the rescue, onlookers began cheering when the bird stepped atop the pole and was slowly lowered from a second-floor window to street level.

The bird was returned to its owner after being rescued, Merritt said.

Be sure to subscribe to the Get Up DC newsletter, where we'll be sharing an uplifting story every morning as well.

WUSA9 is now on Roku and Amazon Fire TVs. Download the apps today for live newscasts and video on demand.

Download the WUSA9 app to get breaking news, weather and important stories at your fingertips.