"They're miracle babies. They weren't meant to survive. The doctors in the beginning said they didn't think they were going to." 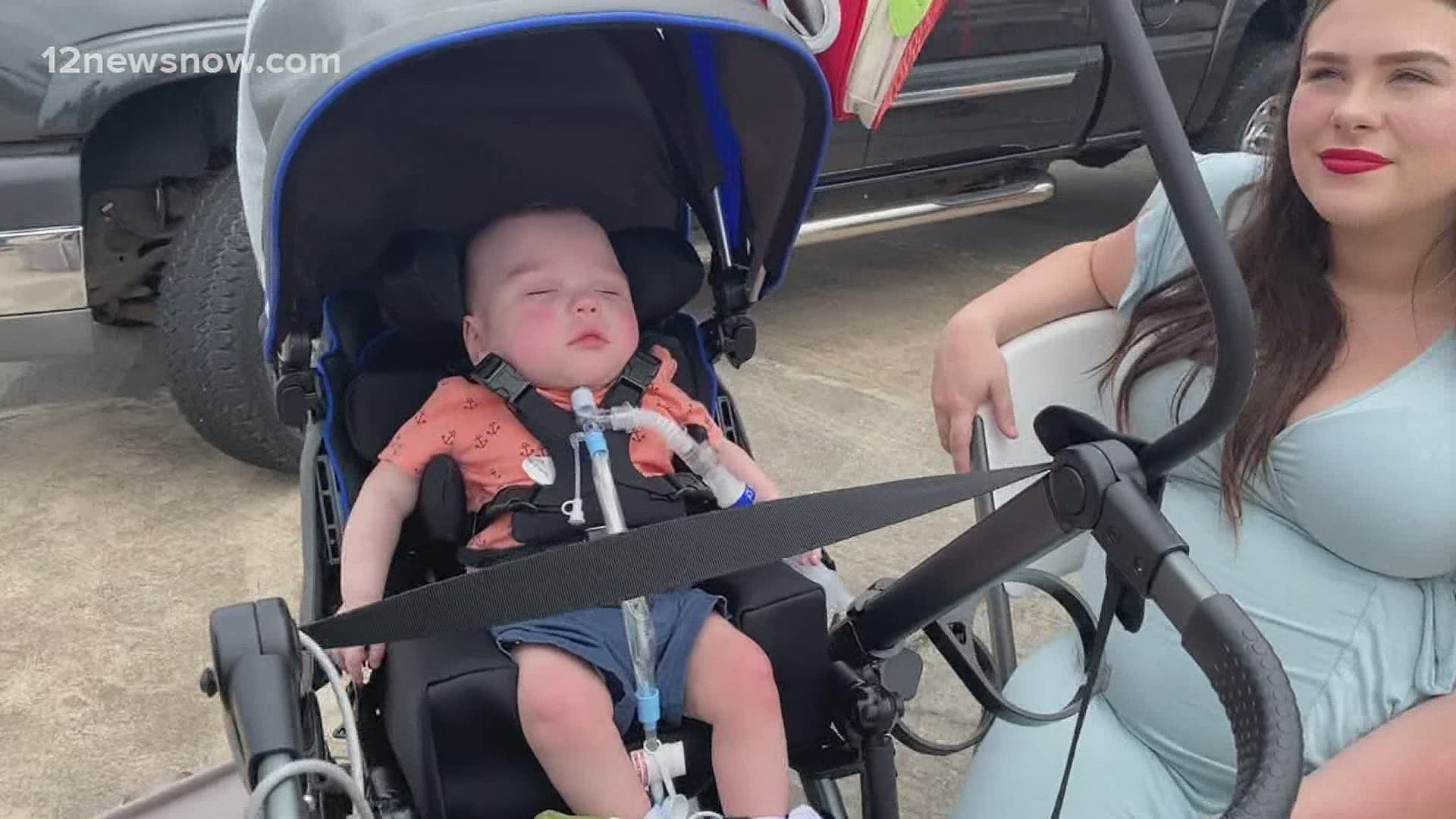 NEDERLAND, Texas — The parents of two twin boys are thanking the Southeast Texas community for their outpour of support and prayers as their boys continue on the journey to recovery.

Parents Haley and Hayden Burden teamed up with the Southeast Texas Circle of Hope for a benefit at Nederland’s First Baptist Church on Saturday to help with medical expenses for their twins.

"They're miracle babies. They weren't meant to survive. The doctors in the beginning said they didn't think they were going to," said Haley Burden.

While in the womb, the babies had twin-to-twin transfusion syndrome, which means one twin was giving too much blood to the other and not receiving any back.

She had a surgery to stop that from happening, and the twins came into the world earlier than expected. At 22 weeks, Archie was delivered at just 13 ounces, and William weighed 1.8 pounds.

"Archie and William were in the NICU for quite some time. William was in there for 143 days, and Archie, almost a year and they just turned a year old, March 23 this year," Haley Burden.

The parents said it’s nice to know the community cares enough to pray for the boys. Haley Burden says the boys' journey has strengthened her relationship with God.

"When your kids are, you know, you don’t know if they’re going to live, and they’re about to die or you just don’t know, it just draws you closer to God because all you know to do at that time is pray and hope and have faith that they make it through to see another day,” Haley Burden said.

The twins are now one year old. Saturday's event was Archie's first day outdoors. He has undergone five surgeries and will probably have to use a trachea until he’s two. William is just as healthy and active as any other 1-year-old.

If you’d like to donate to the Southeast Texas family, contact Neches Federal Credit Union and use account Number 59432-1. Write in memo: William & Archie Burden Benefit.

Monetary donations help with expenses, but Hayden Burden said the power of prayer and the support of the community is just as important.

"We asked the doctors and pleaded with the doctors to save our boys, but there were some points where the doctors told us that there was nothing they could do, but we never got that from God," Hayden Burden said.