This is Rodney Smith Jr's 6th tour around the country and this time he's calling in some reinforcements: police officers from each state. 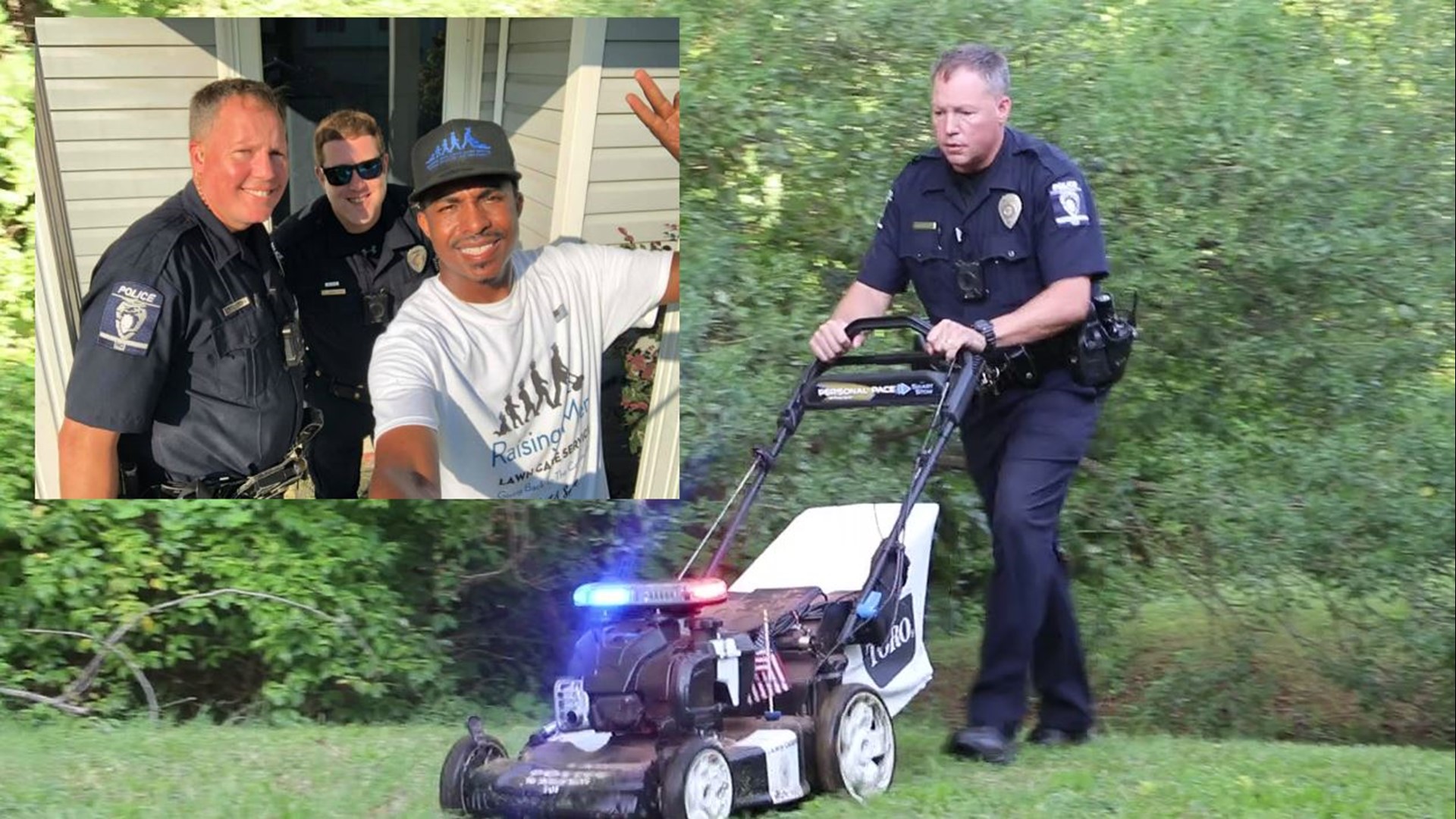 CHARLOTTE, N.C. — Rodney Smith Jr. is once again gearing up his tour to mow 50 lawns in 50 states for the elderly, disabled, single parents and veterans.

And he's doing it all for free.

This is Smith's 6th tour around the country and this time he's calling in some reinforcements: police officers from each state. Smith is calling this tour, "Mowing with Cops."

"I just thought it would be cool to make a lawnmower that looked like a police car and invite officers out into the community to mow with me. And to build the relationship between the community and the police officer," Smith said.

Rodney is one half of a lawn care service in Huntsville, Ala., called Raising Men Lawn Care Service.

Rodney's lawn service focuses on people who are unable to mow their own lawn, whether it be because of age, disability or just a struggling single mother

Growing up, Smith never liked mowing the lawn, in fact, he said he really wanted to become a police officer.

Instead, Rodney said he had a one-on-one conversation with God, which lead him to this service.

"When I was younger I disliked mowing lawns," Smith said. "But God took something I disliked and turned it into something I love to do. And I'm doing every single day for free."

Smith said it's important for police officers to be out serving their community.

"Just one act of kindness is inspiring others to get out there. Not just the officers, not just the kids, but adults," Smith said. I'm seeing people of social media saying 'oh you've inspired me to go out and help my neighbor.'"

On Friday, three members of CMPD's North Division came out to help Smith mow a lawn for someone in their community.

Captain Kendall said it's important to shine a light on the positive things happening in their community.

"With so much negativity going on in the news these days, this is just a positive act that really unites the community," Kendall said.

For their officers in the North Division, Captain Kendall said the community's support really helped them get through the day.

"It really means a lot to us as an agency and for these officers that go out to work every day to have this kind of positive interaction," Kendall said. "It's really a motivation for us to keep moving forward," Kendall said.

OTHER STORIES ON WCNC

RELATED: More than 400 kids around the country are mowing lawns for the elderly and disabled

RELATED: Delta just flew this man to Alaska, Hawaii so he could complete his mission of mowing lawns for military vets in all 50 states

RELATED: This man is traveling the country mowing lawns for military veterans. And he's doing it for free

RELATED: Man on a mission to mow 50 lawns in 50 states for those who can't