'Best birthday ever,' Vidor Whataburger staff goes above and beyond to throw party for 6-year-old

Becca's mother said her daughter has an intellectual disability and doesn't say much, but the 6-year-old makes it clear how much she likes eating at Whataburger. 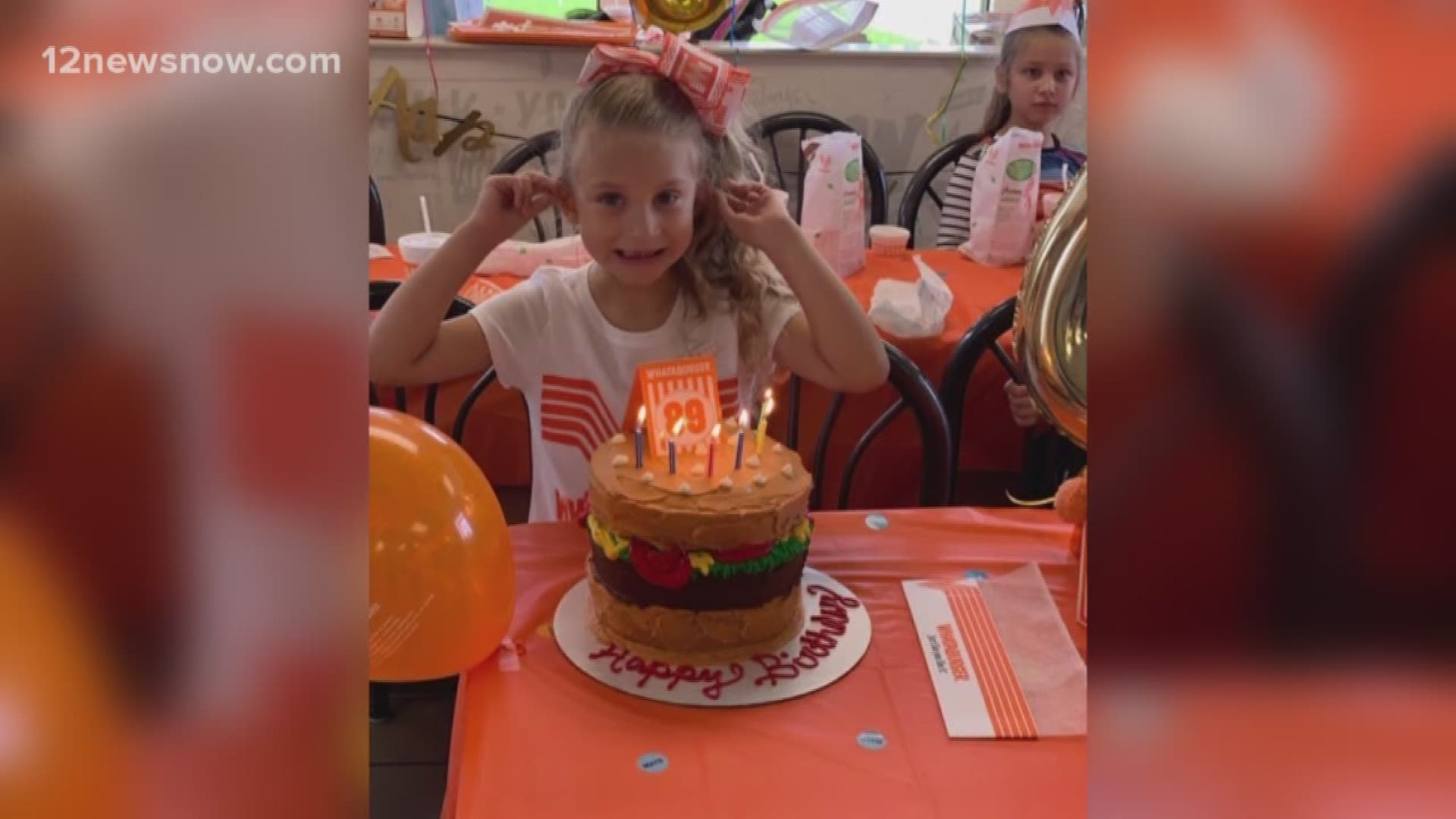 VIDOR, Texas — A little girl had a birthday to remember thanks to staff members at one Southeast Texas Whataburger.

Ashley Schroeder said her daughter, Becca, had the 'best birthday ever' when Vidor Whataburger employees decided to go above and beyond to give the now 6-year-old a birthday party to remember on Saturday.

Schroeder said Becca has an intellectual disability with very limited speech, but Whataburger is one place she makes it very clear that she loves to eat.

The plan was to pick up kid's meals from Becca's favorite restaurant and have the party at home, but a friend suggested they have the party inside Whataburger instead.

Schroeder said she went by the restaurant on Friday to find out if it would be possible, and the manager got excited and told her they would have everything set up at 2 p.m. for the birthday party.

On Saturday, Schroeder said when she arrived early to decorate, employees were already in the process of cleaning and decorating.

The party was complete with Whataburger balloons and orange tablecloths, purchased by the manager, along with hamburger stickers and french fry boxes for table decorations.

Becca's guests were also given a box of cookies to decorate with icing.

'The staff was so sweet and patient with the room full of 6 year olds,' Schroeder told 12News in a message.

She said the kids each got a kid's meal along with a slice of cake and cookies.

'Becca really had the best birthday ever,' Schroeder said.