Dean Troutman is walking from Illinois to Texas to help fight childhood cancer. His goal is to raise $1 million for St. Jude Children's Research Hospital. 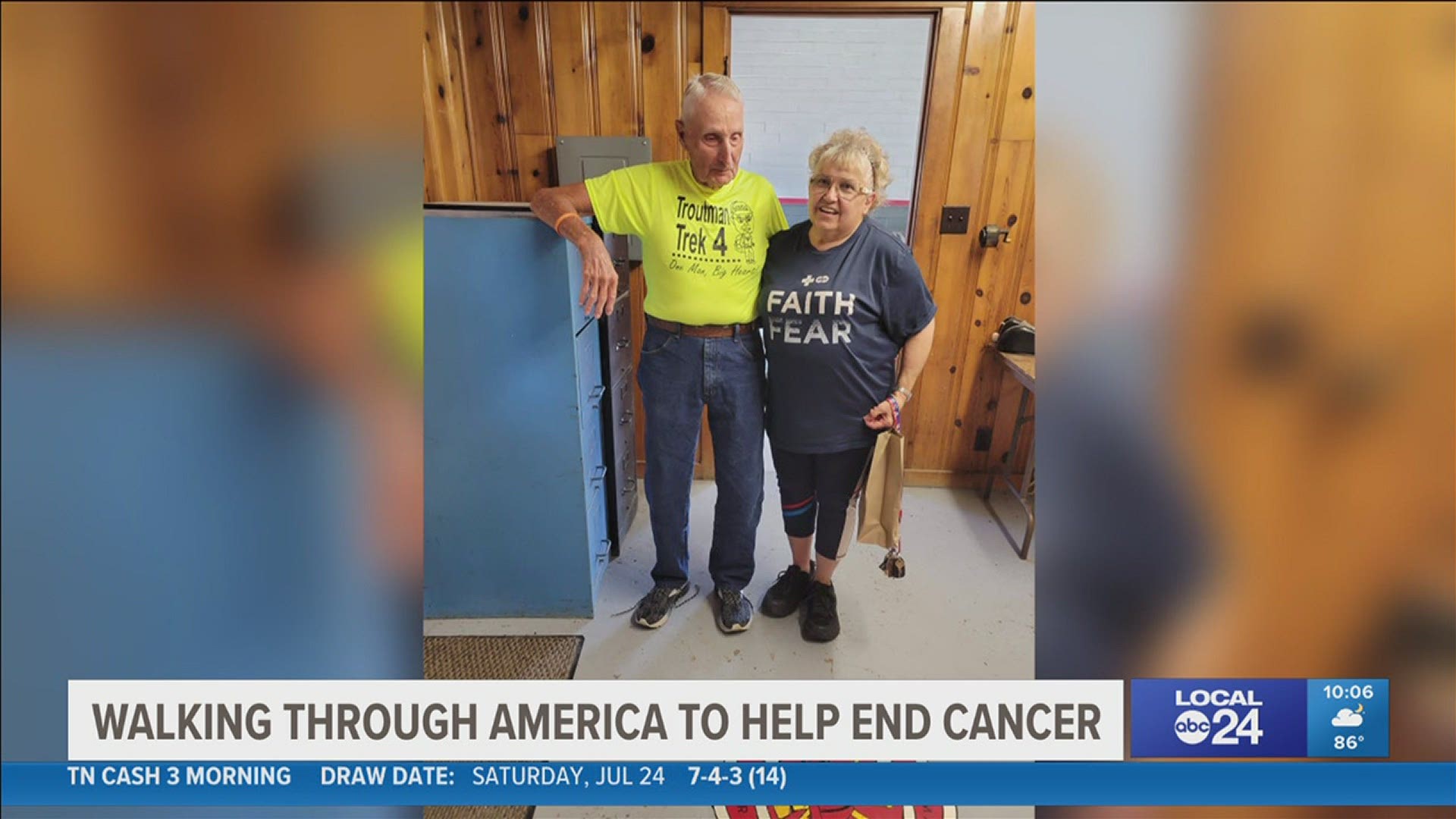 ROSSVILLE, Ind. — A 90-year-old man is on a journey of a lifetime. Dean Troutman is walking through 16 states to help fight childhood cancer. His goal is to raise $1 million for St. Jude Children's Research Hospital.

Troutman left his central Illinois home July 10 and started walking to Texas. He's already 220 miles out and has no plans of stopping until he walks back to his Illinois home sometime in July 2022.

"I'd love it if people walked with me. They do it once in a while, and I just love it because it makes the walk go so much faster," He said.

Dean Troutman said he can't do a lot of things anymore.

"Well, I'll be 91 in January," he said on the phone, laying in a field in Indiana Saturday afternoon. But one thing he can do is walk.

"God blessed me with great health, I don't take any kind of medication and doctors say my health is good," Troutman said.

"I don't know what else I can do other than walk down this road and wave at people and get these people donating," he said.

But this walk is the longest and his last. Troutman started his fundraising journey two weeks ago and already raised a little more than $27,000. His goal is one million dollars.

Troutman pushes a yellow buggy around that is equipped with shoes, snacks, a sleeping bag, and a few other essentials for his year-long trip. He said sometimes strangers tag along for a few miles to keep him company. You can follow his Facebook group here.

"I like to get out on the road as soon as it's light enough to see, and for traffic to see me. I mainly walk from town to town. Today, I probably covered 16 to 19 miles, and tomorrow I'll only have 10," he said.

As of Saturday, July 24, he was in Indiana. He is expected to be in Arkansas around April 17 and Mississippi around January 1.

"No, there's no one following me or anything like that," he said.

He said his son is back in Illinois using a GPS tracker to monitor him. So he is relying on the communities he takes his breaks in to support him.

"I sleep mainly in firehouses, police stations, city halls, and once in a while a church and a lot of times cornfields," he said.

Dean said there are no guarantees he will be able to complete his journey but if people keep donating he will keep pushing.

"There are only two things that are going to stop me from walking. That is if my legs get bad and I can't do it or if people stop donating."