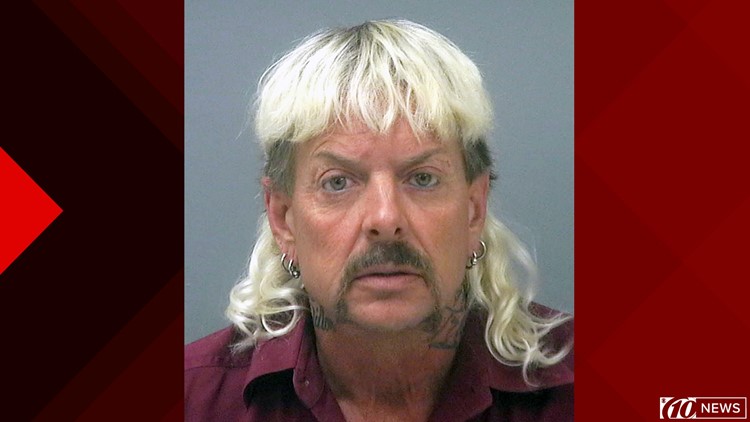 ST. PETERSBURG, Fla. — If there is one other thing people cannot seem to wrap their minds around right now, outside of COVID-19, it's Netflix's docuseries "Tiger King."

The series follows the life of Joseph Maldonado-Passage, aka Joe Exotic, the former Oklahoma zookeeper, singer and gubernatorial candidate currently in prison after being convicted of a murder-for-hire plot against Tampa's Big Cat Rescue CEO, Carole Baskin.

RELATED: After 'Tiger King': Florida sheriff getting daily tips about Don Lewis, but nothing credible yet

The Netflix series key player filed a $94 million federal civil rights lawsuit from prison against multiple government agencies and his former business partners three days prior to the docuseries drop.

According to court documents, Maldonado-Passage, who is representing himself, wants $78.8 million for 18 years of research, loss of personal property and the care for 200 generic tigers.

Lowe, who currently owns Greater Wynnewood Exotic Animal Park and appeared in the docuseries, is also accused by Maldonado-Passage of setting the former gubernatorial candidate up to steal his zoo.

Court documents allege that Lowe "had the most to gain" and that Maldonado-Passage's "false imprisonment" contributed to his mother's death.

The former singer even goes as far as saying Lowe had his mother "cremated before announcing that she had died," making Lowe the sole owner of the zoo, and all his assets, including the animals.

The lawsuit also alleges discrimination by all parties because he is "an openly gay man with the largest collection of generic tigers and crossbreeds," Maldonado-Passage wrote.

He specifically calls out Lowe for using homophobic slurs towards himself and his husband and threatening to bulldoze their home, according to court documents.

As for the murder-for-hire conviction? Maldonado-Passage has an explanation as to why he believes a federal grand jury got it wrong. Claiming in the lawsuit that Allen Glover, the man he allegedly hired to kill Baskin, lied on the stand misleading the jury.

He maintains that he never contacted an undercover agent or informant, instead he said they came to him.

According to court documents, Maldonado-Passage was unaware at the time a police officer he was in contact with was allegedly working with Lowe to get the zoo once he was arrested.

As for why the former zookeeper says he talked to the officer at all?

The lawsuit states it was to investigate the alleged credit card fraud, ID theft, mail fraud, illegal drugs, human trafficking and selling of tiger parts Maldonado-Passage claims Lowe and Garretson were using the zoo as a front for.

On a federal agency level, Maldonado-Passage aims his lawsuit at the U.S. Department of Interior and United States Fish and Wildlife Service over the inclusion of a generic tiger in the Endangered Species Act. A move he maintains opened the door for his wildlife law violation charges and allowed animal rights groups to push their agendas.

Earlier this year Maldonado-Passage was sentenced to 22 years for murder-for-hire plot and violation of federal wildlife law related charges, including being found guilty of killing five tigers.

But, in the lawsuit, the former singer maintains the tigers were humanely euthanized stating the tigers had:

"suffered 14 years of painful walking on declawed paws to the point that they were crippled."

A change.org petition has since launched to get President Donald Trump to pardon Joe Exotic. It currently has 9,600 signatures.