Authorities believe the meat might have been taken for consumption. 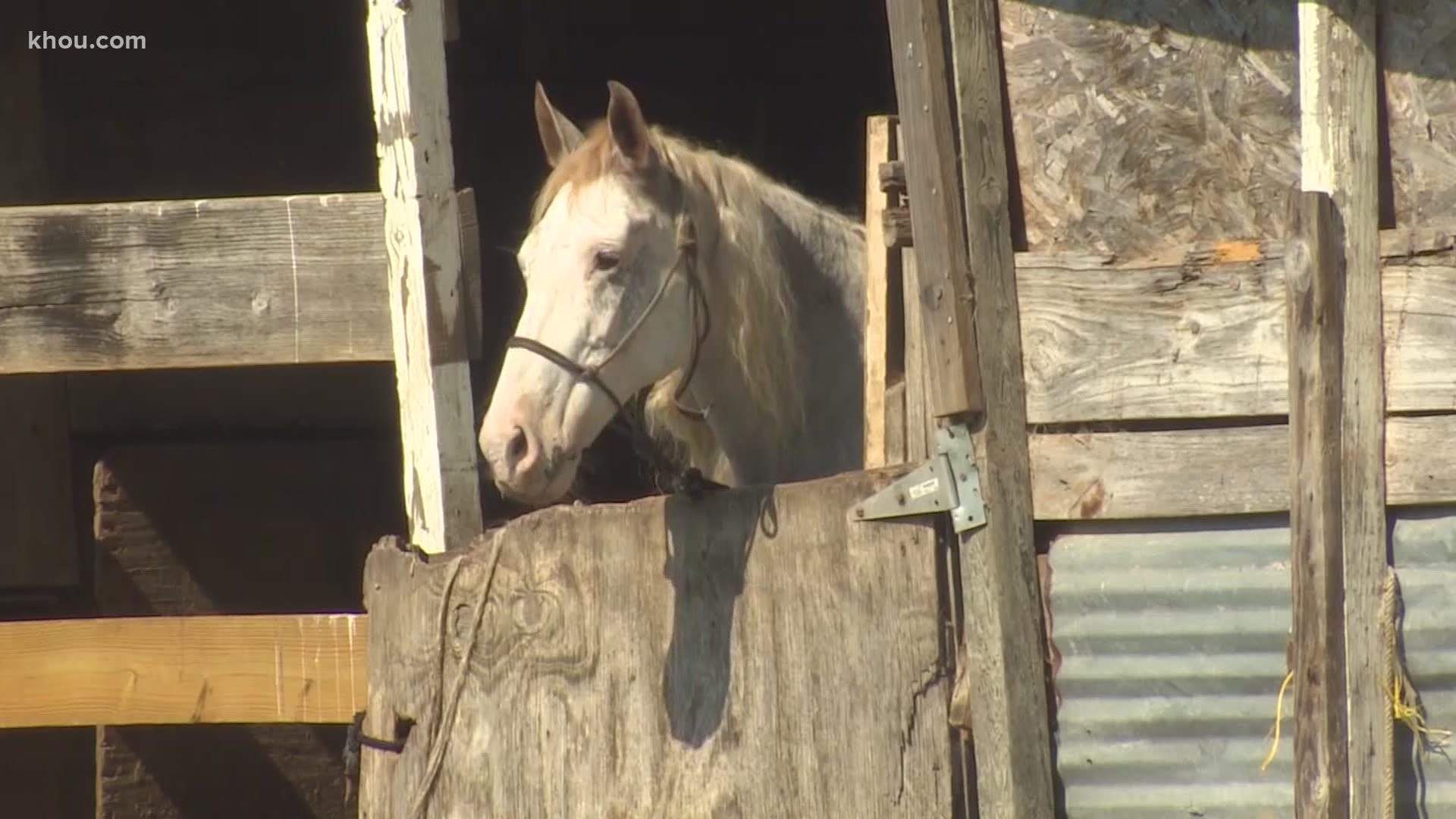 HOUSTON — Authorities in Pearland and Houston are asking horse owners to be extra vigilant as they continue to search for the person, or people, responsible for slaughtering five horses since May.

Police believe the horses may have been killed for their meat.

Tyrone Williams owns 21 horses and lives in the area where the horses have been killed.

“It’s hard to catch somebody that knows what they’re doing. People just need to be more aware of the animals," Williams said.

Investigators in Pearland, Houston and Harris County are investigating five different incidents where horses have been killed and butchered.

“Whoever done it knows what they’re doing because they’re cutting the meat part of the animal,” Williams said.

The first incident happened May 22 in the 14100 block of Wayside Drive. One horse was slaughtered.

On June 10, Pearland police responded to another call where a horse was found dead in the 15000 block of Hooper Road.

Since then, three more horses have been killed in the area, on June 29 and Aug. 9.

"As hot as it is, that meat had to be put on ice real fast so they either sold it or they have a lot of meat stocked up,” Williams said.

Authorities believe the meat may have been taken for consumption. They’re warning people to be on the lookout for anything suspicious and they're asking horse owners to beef up surveillance of their animals.

Pearland police said the Humane Society of the United States has also reached out to them offering to help and is working on a possible reward for information that helps investigators.