Here are some tips for keeping your pets cool this summer

Hot pavements and cars can cause irreversible damage to animals. 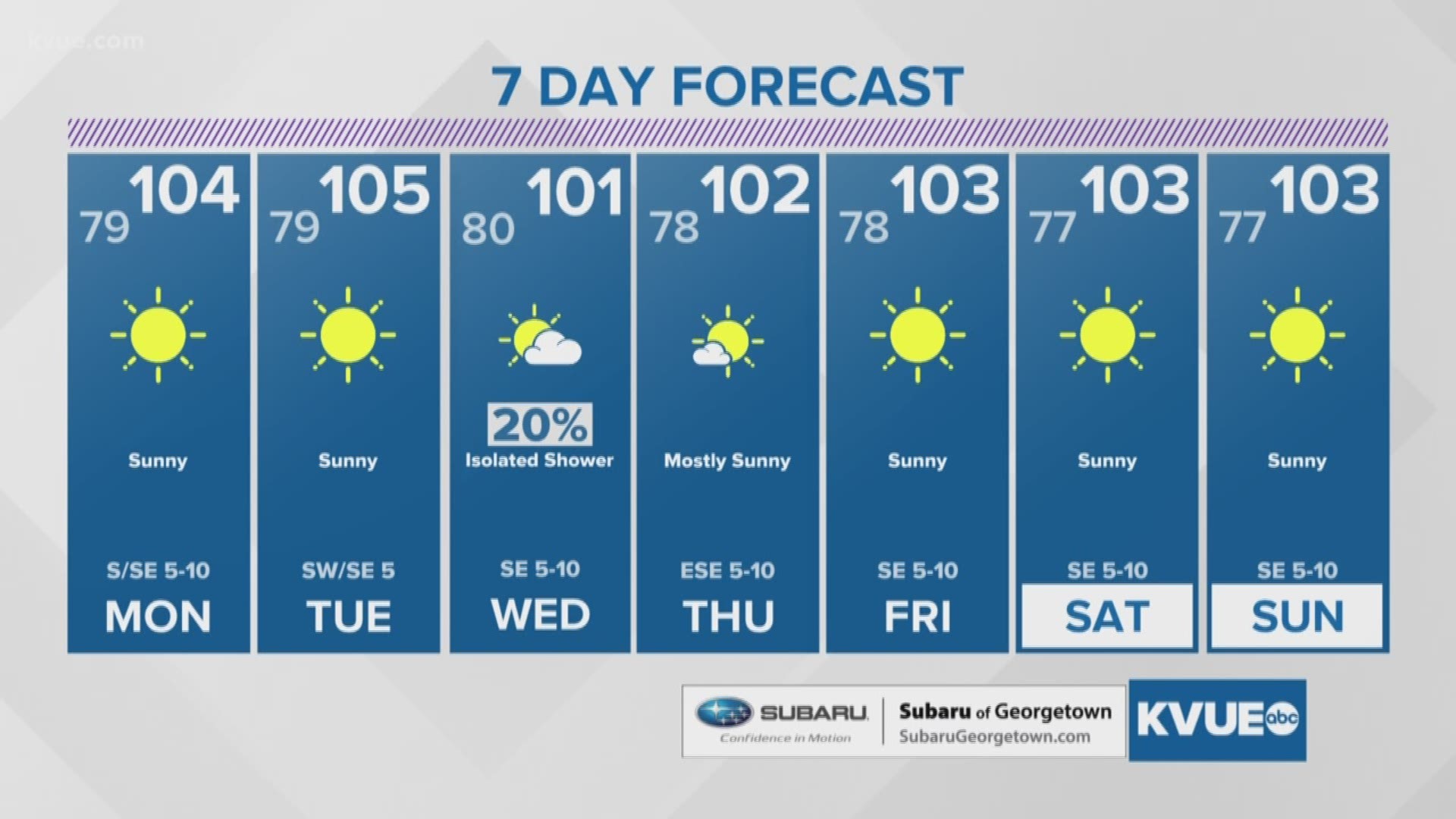 AUSTIN, Texas — The dog days of summer are upon us in Central Texas and, as the days get hotter, we want to make sure everyone is taking steps to stay cool – including our furry friends!

One thing to keep in mind for pets is that the air temperature is different than the pavement temperature. Surfaces like concrete and asphalt act as large-scale heat absorbers and, depending on the color of the pavement, temperatures can vary on how much heat they retain.

Keep in mind that even though the sun may have set and the air temperatures have begun to cool off, the pavements where you walk your dog may still be exceptionally hot.

We also want to remind you how quickly the inside of your car can get too hot. It's never a good idea to leave a loved one in a parked car. Temperatures inside can soar in a short amount of time and, rather than getting burned, heat exhaustion and/or heat stroke can occur. When air temperatures are 95 degrees, within an hour, the temperature inside your car can reach near 140 degrees.

Besides a few sweat glands in their paws, dogs don't sweat like humans to help regulate their body temperature. Instead, they regulate internal body temperatures by open-mouthed breathing, or panting, when they get hot.

Here are a few symptoms to look out for if your dog is on the verge of overheating:

Unless you are Cesar Millan, the Dog Whisperer, most dogs are not able to speak to you. And, actually, dogs have slightly different ways of treating overheating than humans.

Take a look at different ways to treat your dog in the case of overheating:

So, here are the basics: Walk your pets early in the morning when temperatures are at their coolest or later in the evening, allowing for several hours to pass since the pavements were in direct sunlight. Make sure to keep water handy for both you and your dog if you take them out on long walks or runs. Some dogs are bred to work tirelessly, so allow for plenty of breaks if your dog must be outdoors. And, if your dog is typically outdoors, have more than one place for them to retreat to during the day when maximum temperatures occur.