Exciting traffic jam: Watch a massive herd of 30+ elk cross the road in the Smoky Mountains

Barbara said it's rare to see elk roaming this time of year, let alone this many all in one herd. We counted at least 30 elk in the video alone, which is enormous! 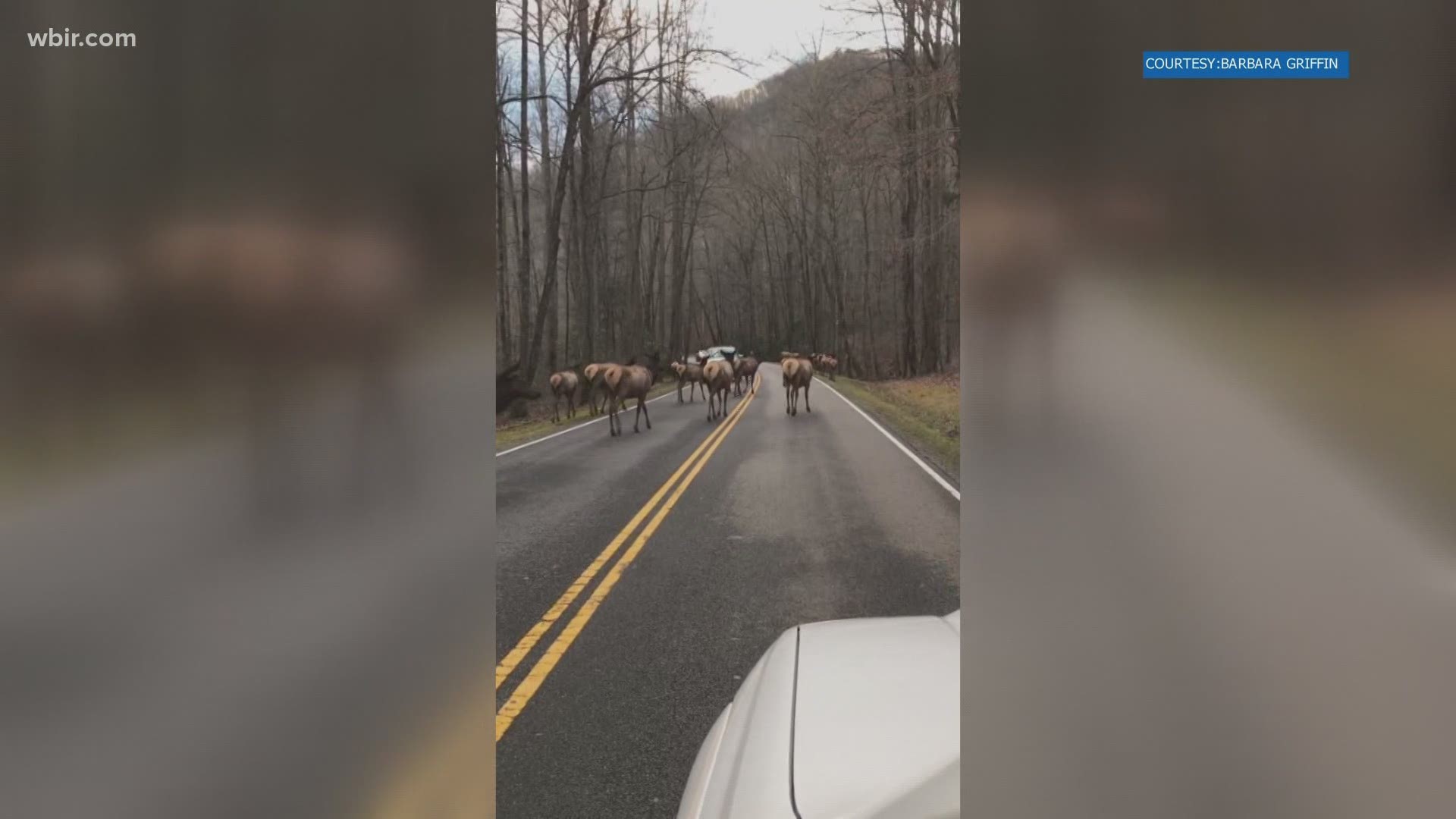 CHEROKEE, N.C. — The Great Smoky Mountains is home to tons of wonderful creatures, but few capture people's attention quite like the majestic elk that roam along the southern portions of the mountains.

The Cherokee, Oconaluftee, and Cataloochee areas are prime elk-watching spots.

Barbara Griffin from Western North Carolina finds joy in watching and capturing these elk on video, and on January 26 she witnessed an unforgettable moment driving along Highway 441 around Cherokee and Oconaluftee as a herd of elk far larger than she's ever seen before walked along the highway and began crossing the road.

She's seen lots of elk, but nothing quite like this. She said it's rare to see this many elk out roaming this time of year, let alone this many all in one herd. We counted at least 30 elk in the video alone, which is simply massive!

The large herd of elk kept traffic stopped and captivated for a while as they marched down the road.

Elk in the Great Smoky Mountains National Park have been thriving since being reintroduced in the early 2000s. What started as 52 elk in Cataloochee has split and grown well beyond that number, from the looks of things.

Researchers are currently unsure of the exact number of elk that populate the Smokies now, but research work using various techniques is continuing that could provide a closer estimate to the true number. The rough gross count as of 2019 was in the ballpark of 150+, with emphasis on the "plus."