Another dolphin stranded at Sea Rim State Park is in rehab 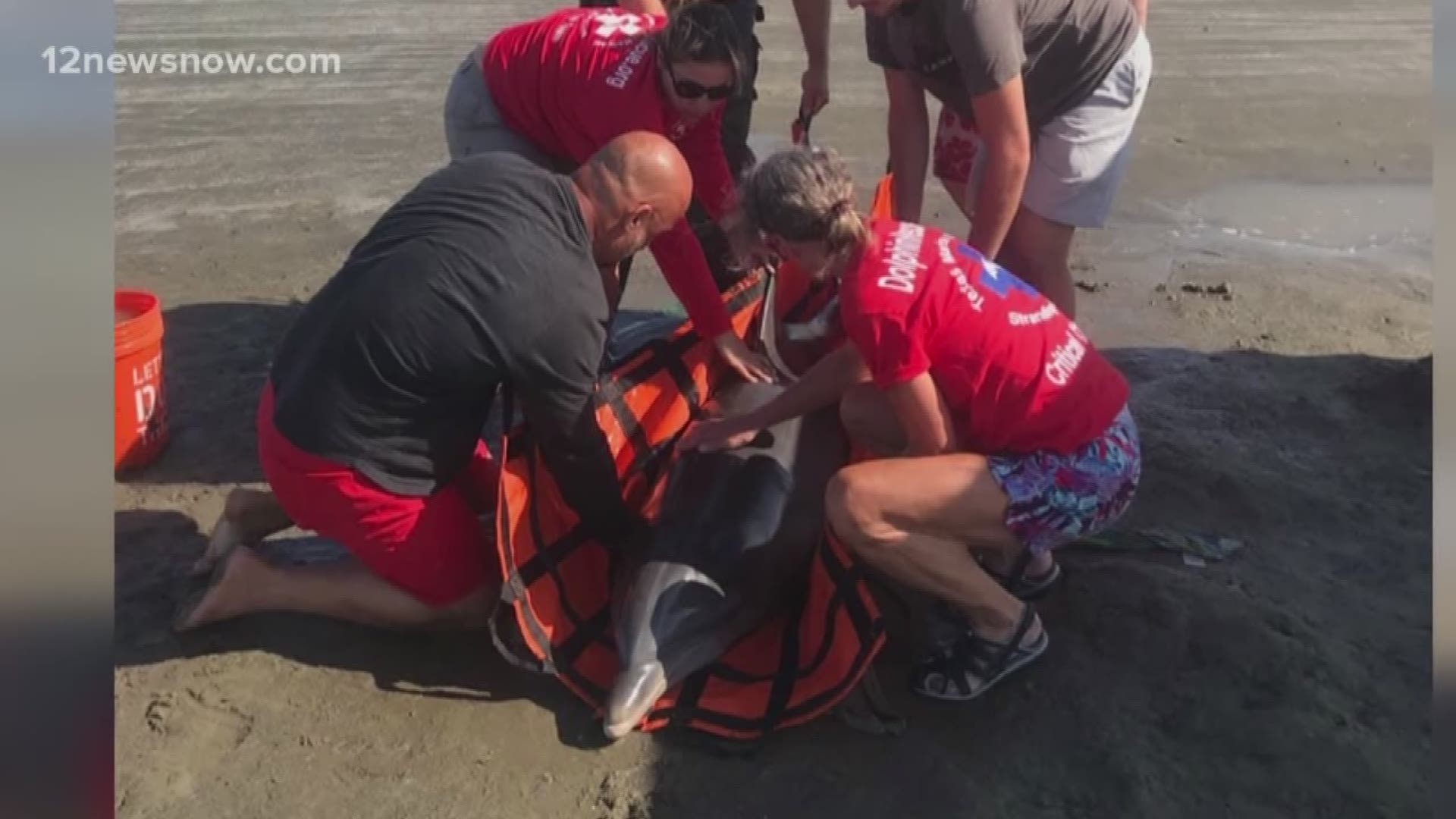 SABINE PASS, Texas — Another dolphin is in rehab after stranding on the beach near Sabine Pass this past weekend.

Sea Rim State Park staff and the Yoakum family helped with the rescue efforts, TMMSN said in the post.

"The dolphin handled the two hour transport with TMMSN back to our Galveston rehab center beautifully," the post said. "After fluids were given, he began to swim on his own, but has also required occasional rest breaks where he is supported by staff."

The team collected blood and cultures and expects to learn more about the dolphin's condition in the next few days.

Rescuers saved another stranded dolphin at Sea Rim State Park on the 4th of July, but she had to be euthanized after the team worked for 36 hours to save her.

The organization said this rescue and the care they give other dolphins like this one, is only possible through donations, grants and the help of volunteers and the community.

More visitors are visiting Texas beaches in the summer, the organization said, so more dolphins are found stranded alive.

TMMSN asked anyone who finds a dolphin not to push them back into the water since they usually strand due to illness or injury. Instead, they said to call TMMSN at 1 (800) 9-MAMMAL (962-6625) so the team can respond.

►Make it easy to keep up to date with more stories lik this. Download the 12NewsNow app.