11-foot gator bursts through windows, into kitchen of Clearwater home

The large alligator broke into the home through some low windows. 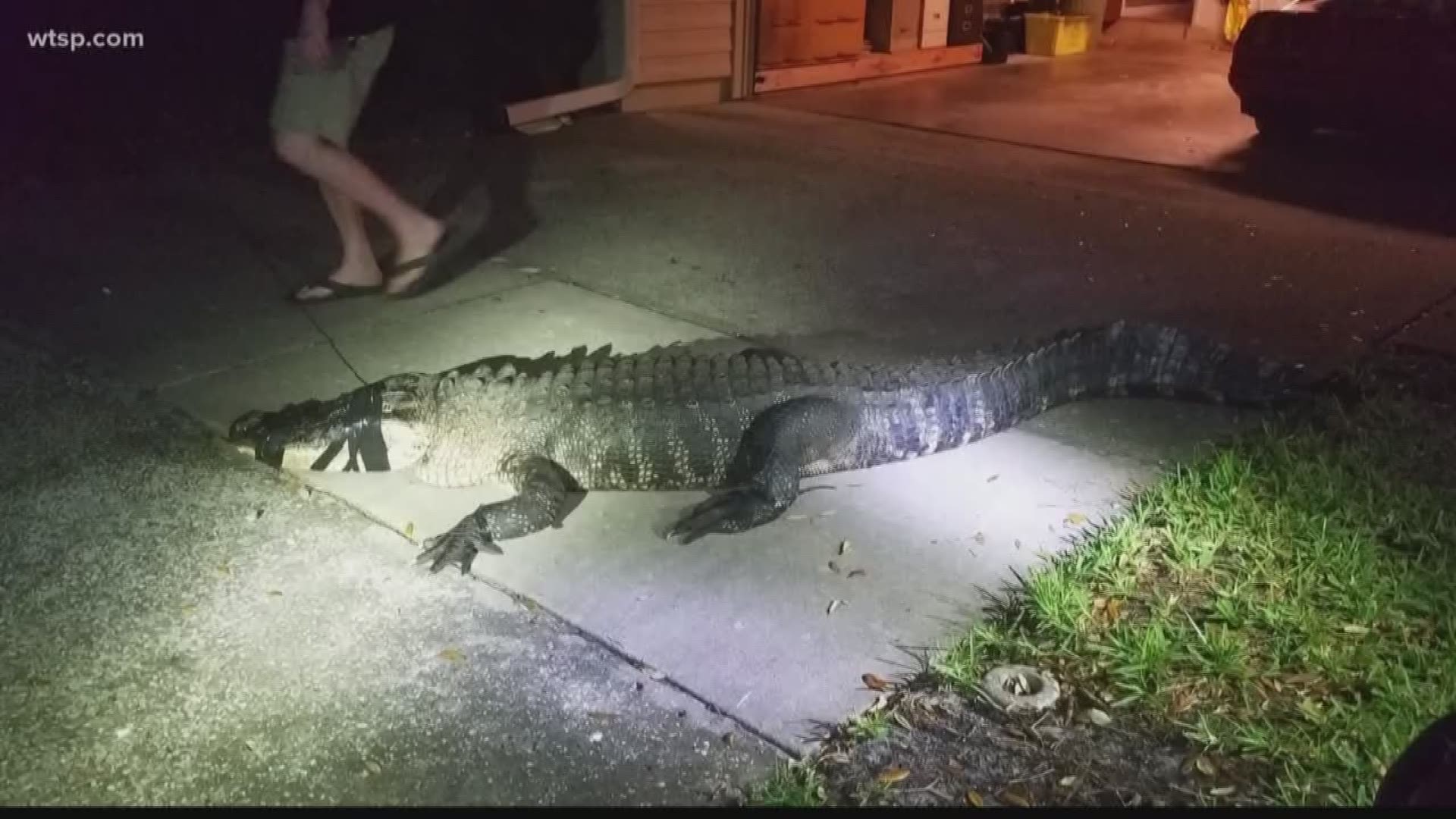 CLEARWATER, Fla. — Imagine waking up to an 11-foot gator inside your kitchen.

It's what one Clearwater woman found lurking inside her home around 3:30 Friday morning.

Mary Wischhusen called 911 after hearing a smashing sound and finding the giant gator in her kitchen.

"I have a gigantic alligator that came in through my garage... who is sitting in my kitchen," she told dispatchers. "A huge one!"

Dispatchers made sure she was safe and told her to stay put in her bedroom with the door locked.

"I would not have wanted to be woken up and opening my door to seeing that creature, because he was very very huge," Pecora told 10News.

This 11 foot gator was so huge, officers called out two separate trappers. It took a team of 12 people several hours to get the gator back out the window it first came in.

"Maybe he saw it was the image of himself in the glass thinking it was another gator," Pecora guessed about how the animal got inside.

There were no injuries, according to the city and law enforcement.

Gator bursts through windows, into kitchen of Clearwater home

1 / 4
City of Clearwater
An 11-foot gator broke into a Clearwater home Thursday night, the city said. The gator got into the home through some low windows in the kitchen, according to a tweet.

Listen: Woman calls 911 for giant alligator in her kitchen