Hardy made a surprising comeback on the ABC singing reality competition. A year after he was cut from the show, Hardy unexpectedly returned and won it all in 2019.

Hardy, an Idol-proclaimed "bayou boy" from the backroads of Louisiana, has won over the hearts of fans around the country. None more so than people who live in the same small town Hardy grew up.

One of those fans -- 6-year-old Ashlynn Carlock from Holden, Louisiana.

Ashlynn has battled a lot in her six years. She lost her father three years ago. She's now in a fight against cancer.

But through the doctor's visits and chemo treatment, Ashlynn hasn't lost her smile. And through it all she's cheered for Hardy during the "Idol" competition.

"She was in shock to meet him," Ashlynn's mom Kim Pierson said in a Facebook post. "Her face when he walked in the room will be a memory I'll never forget."

RELATED: Adorable viral video shows toddler 'besties' running to give each other a hug

Ashlynn was speechless when she realized it was her Idol walking into the room, hugging him so tight, almost not letting go.

Hardy surprised Ashlynn with a serenade of "You are my Sunshine." A raspy, soulful rendition of the song that's special to Ashlynn and her family.

"That was a song my mom loved and sang all the time," Pierson posted. "And I sing (it) to Ash when she's having a hard day."

Ashlynn's bravery and sass has united a community. There is a GoFundMe page set up to help pay for the 6 year old's medical bills. The Livingston Parish community is also holding benefits.

If you would like to donate, you can visit the family's PayPal page. 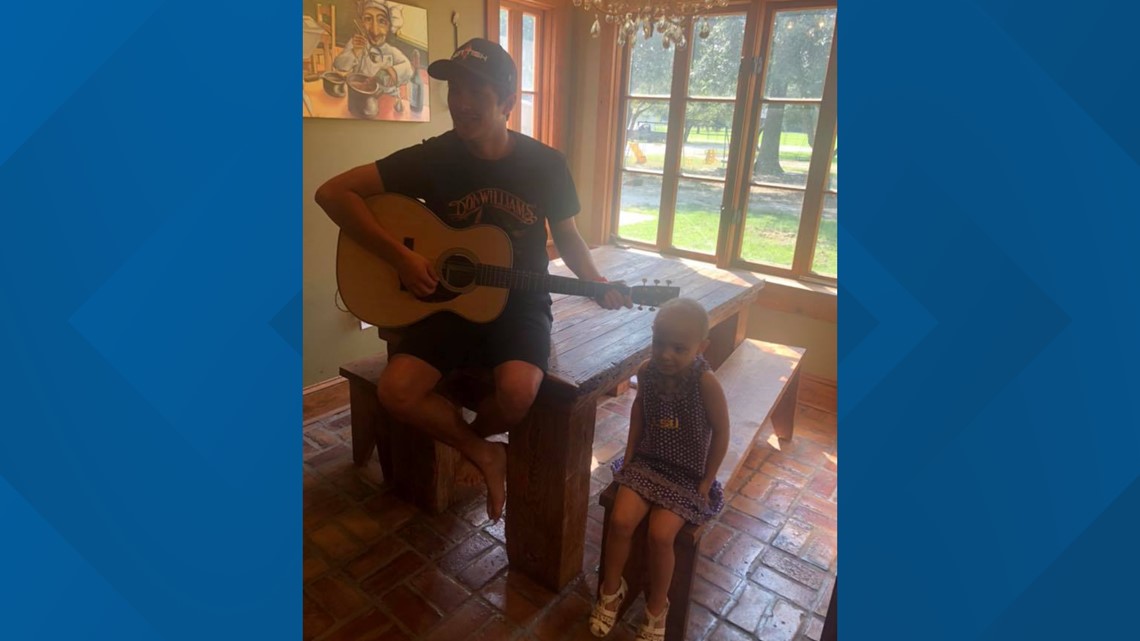