But one resident celebrated his 90th birthday in style when he commissioned a helicopter to land on the front lawn of the community.

Oscar Johnson, Jr. was a helicopter pilot in Vietnam. And for the CIA. So, when he starting thinking of ways to celebrate, he knew it had to involve flying.

"I spent 20 years in the Army and the last 12 years flying helicopters. I have flown seven different kinds of helicopters and I've got 3,500 hours in the air," he explained to 11Alive moments before he was set to lift off. 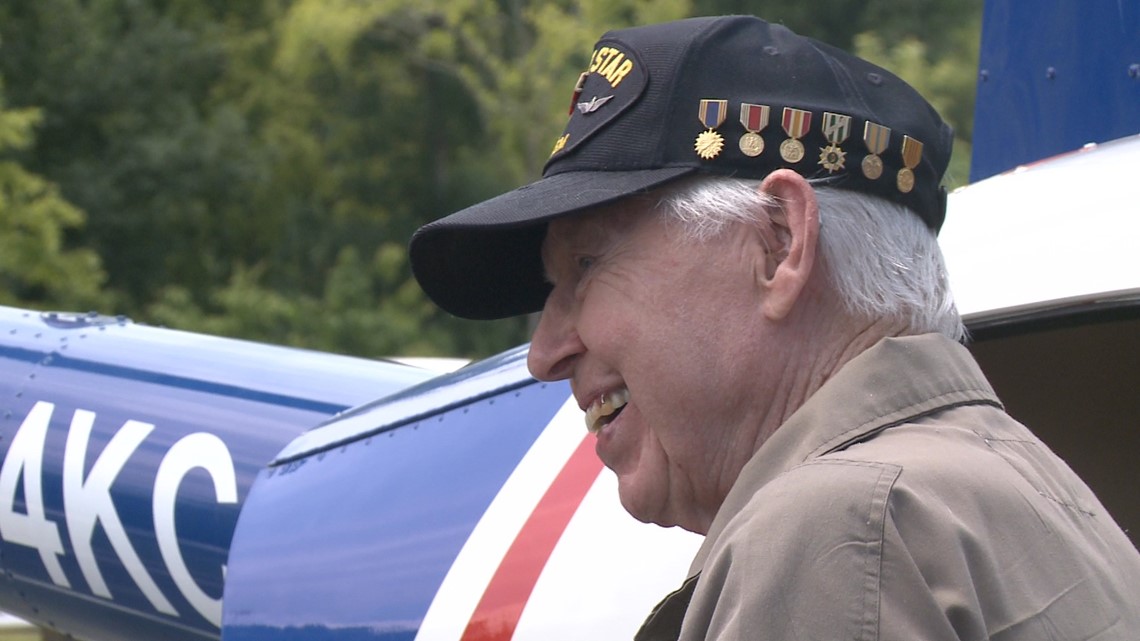 While Johnson's flight career is expansive, he said the highlight of it was the last two years of his duty in the Army, when he had the honor of flying the Vice President to Lyndon B. Johnson, Hubert H. Humphrey and his wife Muriel.

"I spent about every weekend at their house," Johnson recalled fondly. "He was like a father to us, and we'd go out to his place and it was ours."

Johnson remembered how Humphrey and Muriel would call the crew "fellas," and would joke about being famous.

"'Fellas don't you ever take my picture'," he remembered Muriel joking. "And Hubert would come butting in and say, 'fellas you can take my picture any time you want.'"

Johnson said they never did ask for his picture or even an autograph.

"We just asked for his friendship and he had it," he said.

Once retired, Johnson never lost his love for flying, renting the same helicopter he flew Thursday for both his 80th and 85th birthdays.

When asked what it's like to fly, Johnson said it's a feeling that's indescribable.

"It's a feeling like nothing you ever - you've got to experience it because it's different," he said, trying to find the words. "You're in control of it, but you're up there with the birds."

Johnson ultimately completed yet another successful flight to mark another year of life. And when asked what the secret to "success" is, so to speak, Johnson said he credits a lot of it to being able to accomplish all his life's goals, with the grace of God.

"I actually have done everything in my life that I've wanted to do," he told 11Alive. "Everybody should try to find their purpose in life, and a lot of people never find it, but I've found mine, and they're all right here."

"When I think about some of the place I've been and things I've done, I shouldn't even be here," he added. "But it's for the grace of God I'm here, and he's taken care of me, and I have no worry in the world."

Daniel Macaluso contributed to this report.