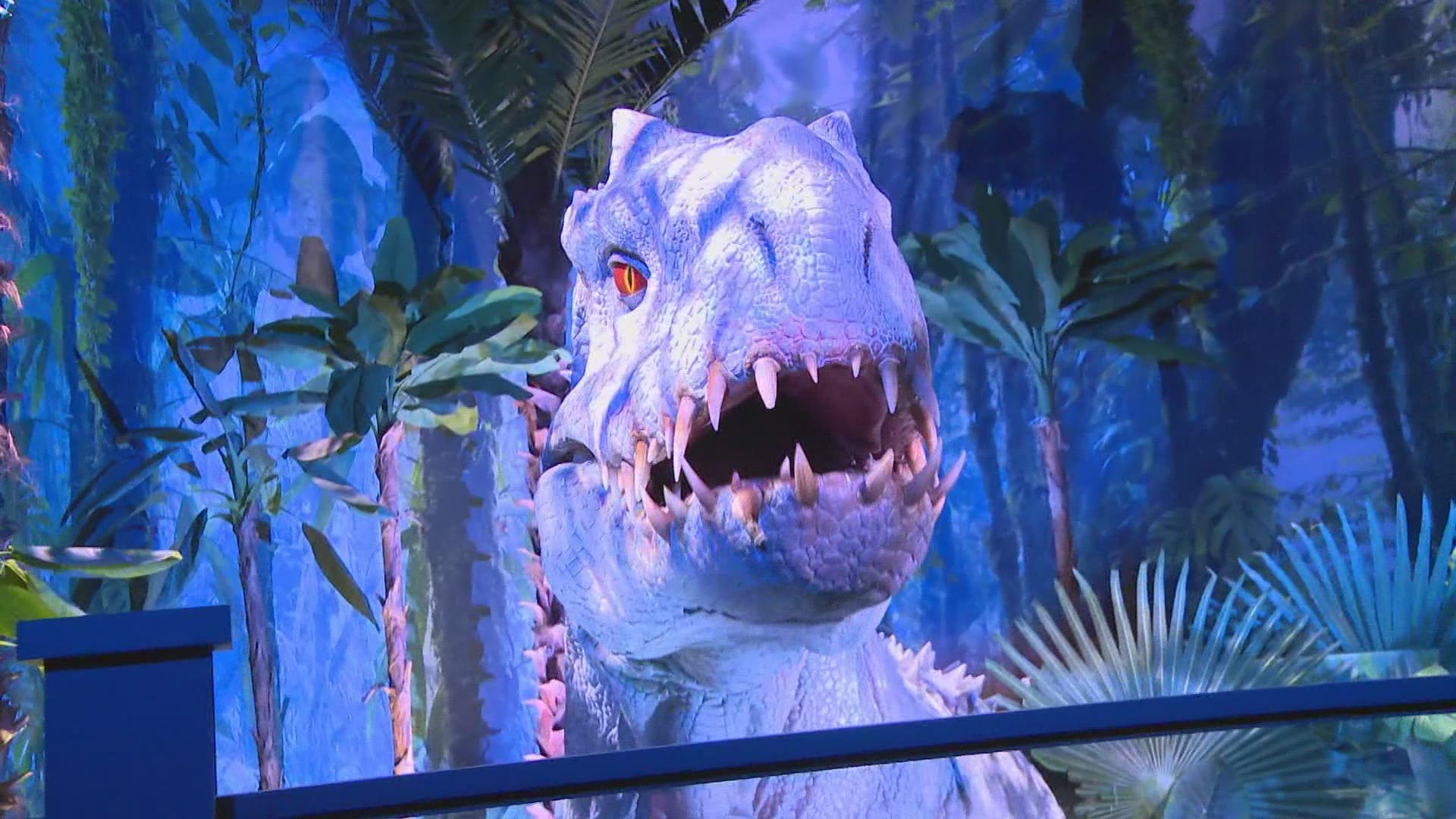 If you’ve ever seen any of the Jurassic Park movies, then you know it’s probably not a good idea to bring dinosaurs back to life.

Jurassic World: The Exhibition is now open at The Grandscape in The Colony.

The exhibit allows guests to walk through settings from the Jurassic World movies. Animatronic dinosaurs of all shapes and sizes, including the T-Rex, are around every corner.

“They have been known to get hungry sometimes,” joked Michael Silver, president of global business development for Universal Parks & Resorts.

There are all sorts of creatures to chew you up and spit you out, and their DNA was engineered by the same people who brought the dinosaurs at Universal’s theme parks to life.

Michael Mattox is the chief operations officer and chief technical officer for Victory Hill Exhibitions, and his team spent a year and a half bringing these dinosaurs to life so they could tear you apart.

Actually, the show is quite family and kid-friendly and although the dinosaurs aren’t real, they sure do look like it.

“There’s no exhibition out there that’s as technically advanced as this one is,” Mattox said.

The exhibition has been all over the world, but it hasn’t been in North America in nearly four years.

This marks the dinosaurs’ return to our continent, and Texas is the first place they decided to let them loose.

“As they say, everything’s bigger in Texas,” Mattox said.

It doesn’t get much bigger than an Indominus Rex snatching a side of beef out of the air, which is something you’ll see in the exhibit.

They say it’s the closest you’ll ever come to living dinosaurs, but don’t be so sure of that.

If there’s anything we know about dinosaurs or nature, it’s that life finds a way.

For more information on Jurassic World: The Exhibition, click here.