Stacy Campbell started '10 for Change' after committing to making a difference. 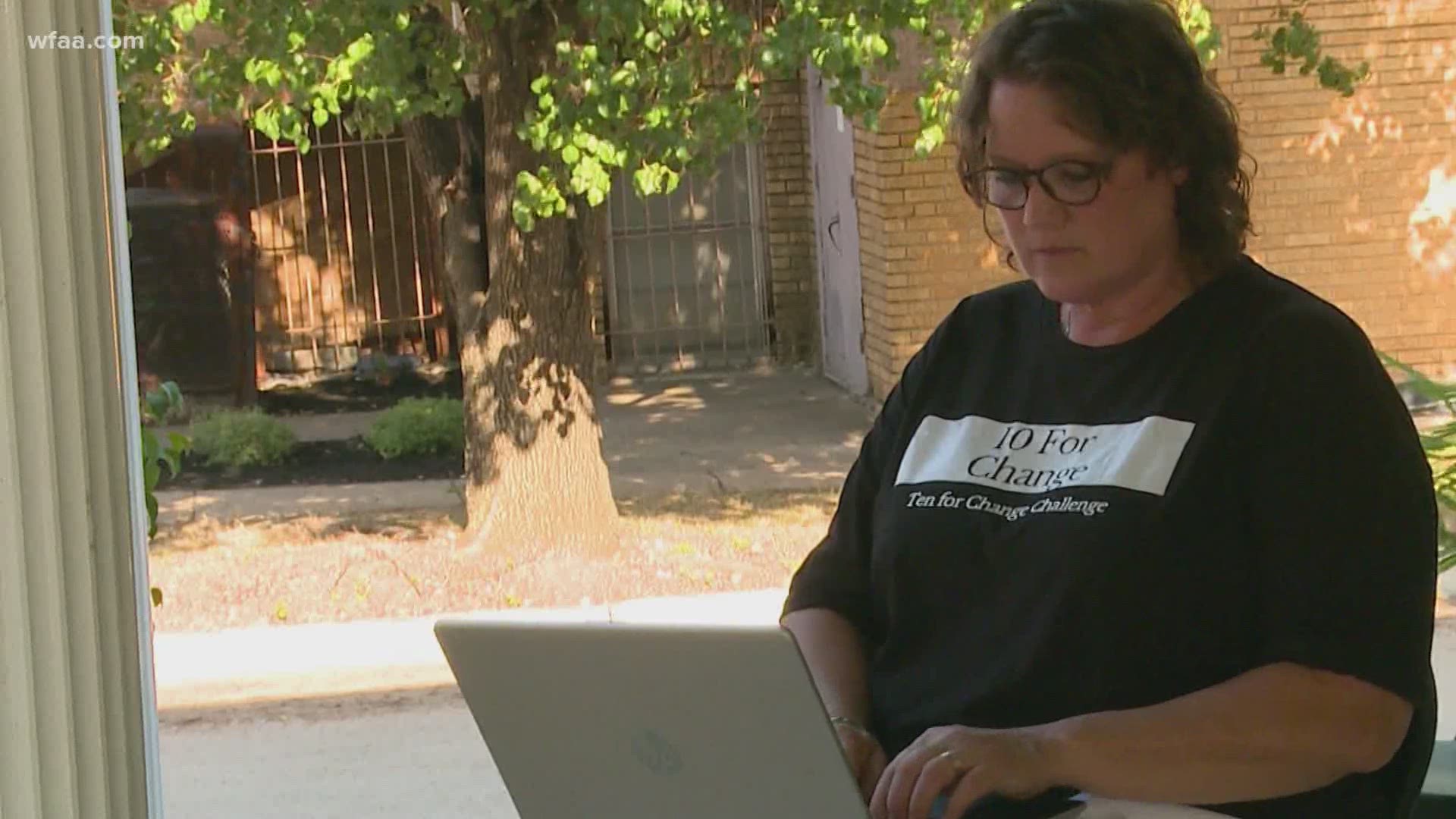 FORT WORTH, Texas — Outside the Lenora Rolla Heritage Center Museum in Fort Worth, a group of friends are continuing a conversation.

A conversation that began more than 60 years earlier.

Decades after the fight for civil rights, the death of George Floyd reopened wounds of racial injustice.

Many people were angry, but high school English teacher Stacy Campbell was paralyzed.

She started by changing the only thing she could: herself.

She went online and compiled a list of 10 things she could do to fight racism.

“Then I thought, if 10 people do 10 things and they challenge 10 people, then we have something going here,” Campbell said.

She started a Facebook page and called her idea "10 for Change," and then invited a few close friends to talk.

They had difficult, sometimes painful, conversations.

She listened to their fears, while admitting her failures.

“And once some trust was gained, we started opening up and some really incredible conversations took place,” Campbell said.

Turns out, a lot of people have been longing to have these conversations.

Campbell’s Facebook group now has more than 600 members. To promote the group they even made T-shirts.

“We can have all the hashtags and T-shirts and things like that we want, but we’ve got to get in here and make some change,” said group member Shari Sweet. “So I think groups like this are a start.”

“We can make change and it can start with one person,” Campbell added.

To that end, the group has vowed to do more than just talk.

Recently, the group donated $500 to the Tarrant County Black Historical and Genealogical Society.

“That lets you know that change is coming,” said Jimmy Walker, president of the Tarrant County Black Historical and Genealogical Society. “You have to be proud of that. You have to think, yes, there is a new day and there is a change coming.”

“These conversations make me feel better about that,” said group member Tunya Redvine. “That this is what it’s supposed to be. That the values we say we hold, this is how we walk the walk.”

America is the land of the free, but liberty has not always meant justice for all. However, what makes this the greatest nation on earth is that it can.