Julia and Jennifer Choi live more than a thousand miles apart, but a joint concert in Dallas will let them share a spotlight on the same stage. 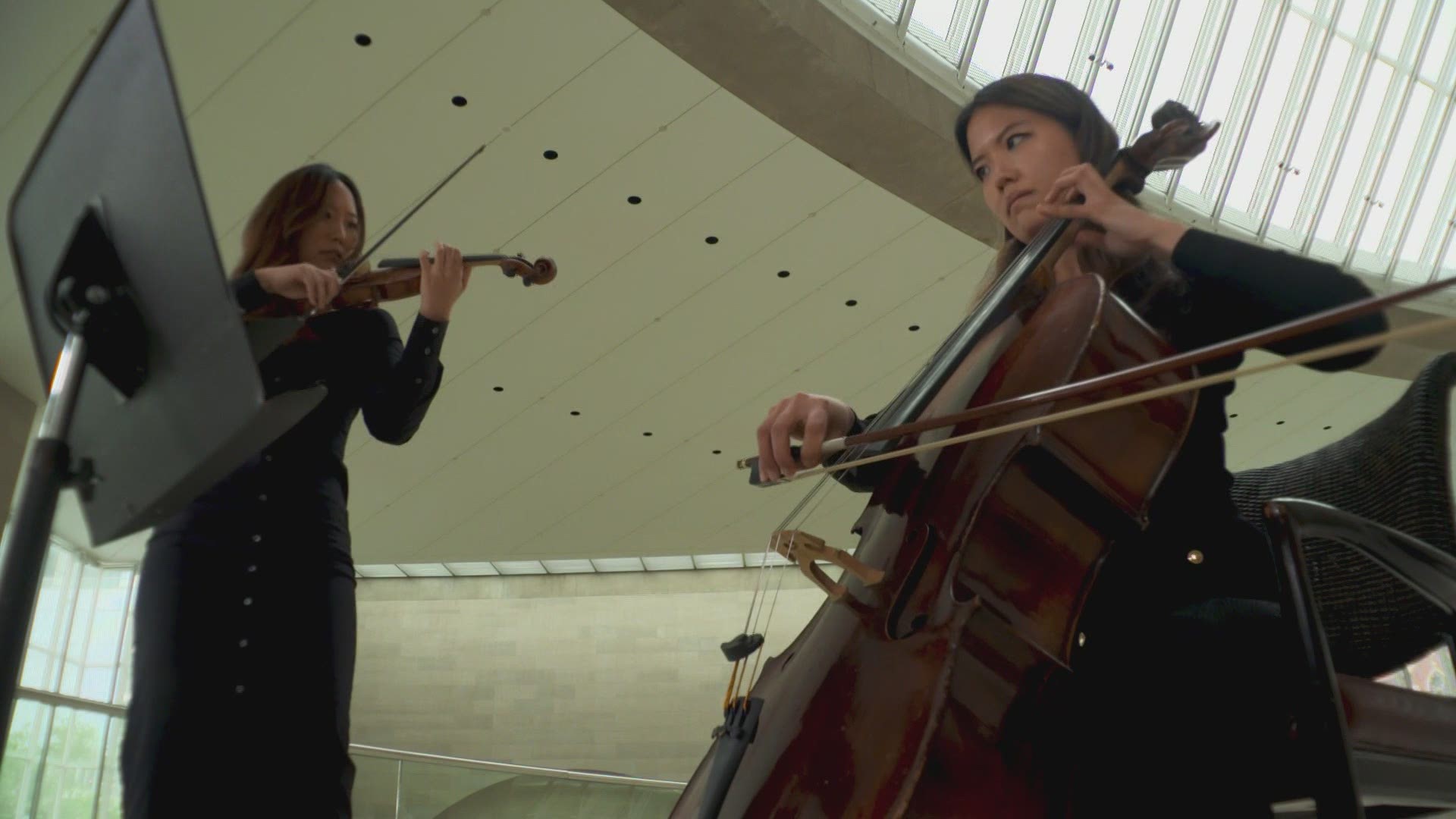 DALLAS — COVID-19 has been particularly cruel to the arts, but fate is being uncommonly kind to Julia and Jennifer Choi.

“I think the happiest people are probably my parents,” Jennifer said.

As she laughed, so did her sister.

And they sounded almost identical.

Julia and Jennifer are not twins – Julia is two years older – but their lives have taken almost identical paths.

They both began playing string instruments at 4 years old.

They graduated from high school a year early and both earned bachelor’s and master’s degrees from The Julliard School in New York City.

Both landed dream jobs in professional symphony orchestras in 2019.

“There was a part of me that wondered if it would ever go back to normal,” Jennifer said.

Jennifer is a cellist for the Dallas Symphony Orchestra. Julia is a violinist with the Metropolitan Opera Orchestra in New York.

The DSO was the first major U.S. orchestra to play socially-distanced concerts in front of live audiences, so Jennifer has been able to return to the stage.

But the MET Orchestra has not performed before a live audience since early 2020.

“There have been things we do over the internet like at-home galas and videos of compilations of people playing together in little squares,” Julia said, “but it’s nothing like the electricity that you feel in front of an audience.”

It has also brought on serious financial hardships after "not being able to have a paycheck for over a year now,” Julia said.

“I had to break my lease at my apartment in New York City, and I know a lot of my colleagues had to do the same. And a lot of them have kids and families to feed.”

The DSO extended an invitation to the MET Orchestra to take part in a joint performance in Dallas at the Meyerson Symphony Center.

The concerts on April 30 and May 1 will raise money for the MET Orchestra Musicians Fund and the Dallas Fort Worth Musicians COVID-19 Relief Fund.

This will be the first performance in front of a live audience in more than a year for many of the New York-based artists.

It will also be the first time Julia and Jennifer have performed together in a professional symphony orchestra.

“I think it’s the craziest but happiest coincidence that we ended up here together for this concert,” Jennifer said.

“It’s as if the stars have aligned. You can’t get much more perfect,” Julia said. “It’s so serendipitous.”

Both sisters said they had to put away their instruments for part of 2020, because they felt little joy from playing.

But the joy is beginning to return.