James McWhorter said he's so thankful for the help he has received from the community. 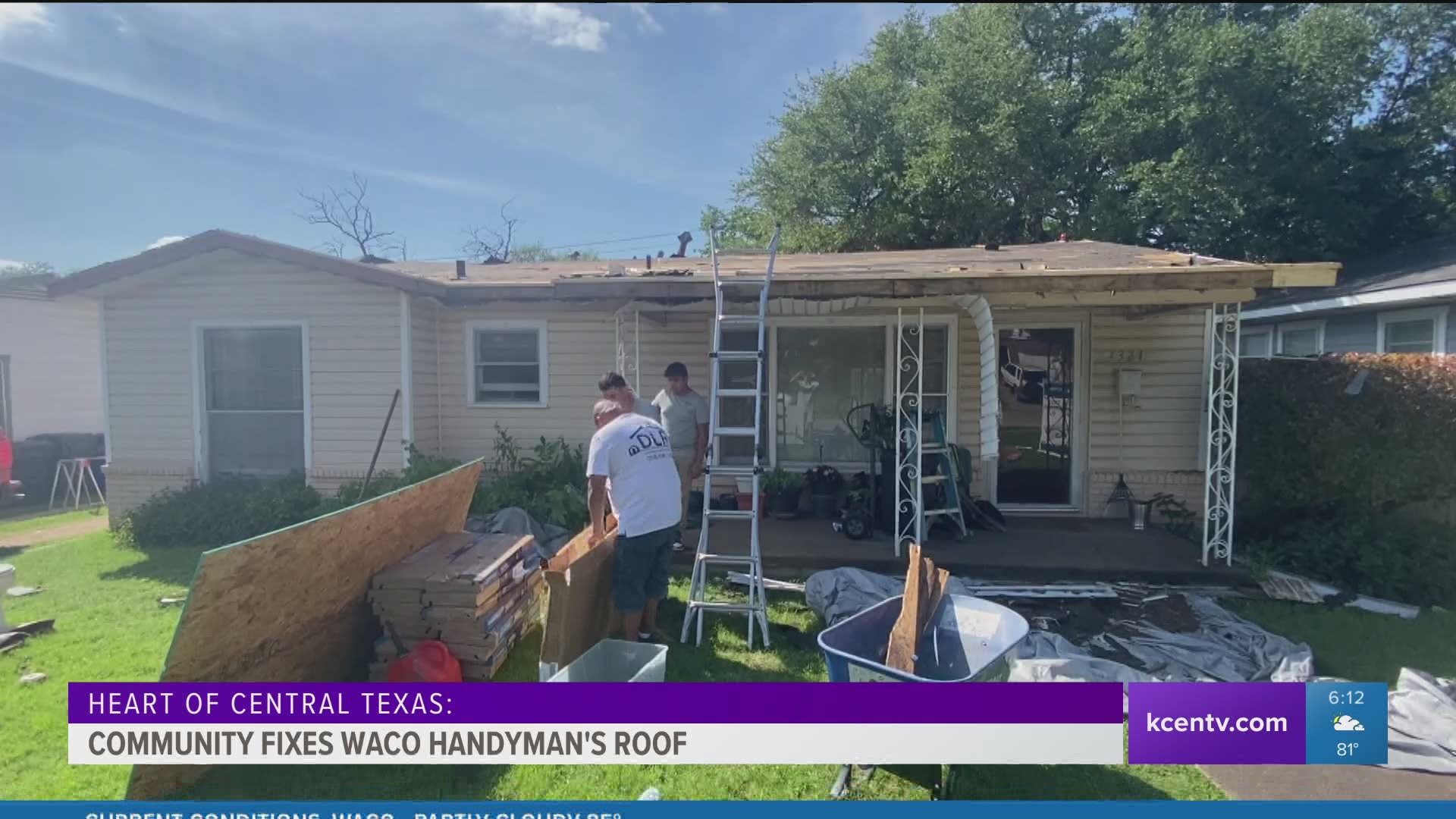 WACO, Texas — The "Fix the Foof" project for James McWhorter is nearly complete.

The community came to his aid following a post on Nextdoor in May from his neighbor Carmen Merrit. The roof was in extreme disrepair.

"It is rotting. It’s got holes in it. It’s falling apart. I mean there are just big gaping areas that any creature could just walk into," Carmen Merritt told 6 News in May.

Millie Woods was the coordinator of this effort. She spotted the post on Nextdoor and knew she had to help. She owns a local remodeling company and knew who to contact to get the ball rolling.

"You enjoy helping somebody like that who deserves it. He never asked for it," Woods said.

James McWhorter was known as the neighborhood handyman for many years, fixing anything and everything at a moment's notice. He always charged below the market rate, if he charged at all. In his elderly age now, he has taken a step back.

The community stepped up in a big way to complete the project.

"I didn’t know I was going to be deserving of all this you know? But I’m just thankful. Thankful that I’ve come this far and the good Lord has allowed me to see his workings," McWhorter said.

Clayton Homes donated the shingles, Lowes donated other materials, Texas Built Roofing sent eight guys to help DLR Construction and Remodeling work on the roof, 1-800-Bugs provided a year of pest control, First National Bank of Central Texas donated a good amount of money along with others, and Home Depot donated a vanity for the bathroom.

After seeing the state of the bathroom, Woods said they added that project in addition to the roof.

"We could be in that same position next week and to help somebody this way is a wonderful opportunity. It's a privilege," Woods said.

McWhorter has impacted so many through his numerous acts of service as the neighborhood handyman. He said he wants to continue to bless others any way he can.