J.J. Watt and Jose Altuve, two of Houston's sports heroes, drove down the block in a bright green Papa John's truck that would be given to one lucky winner in Pearland. 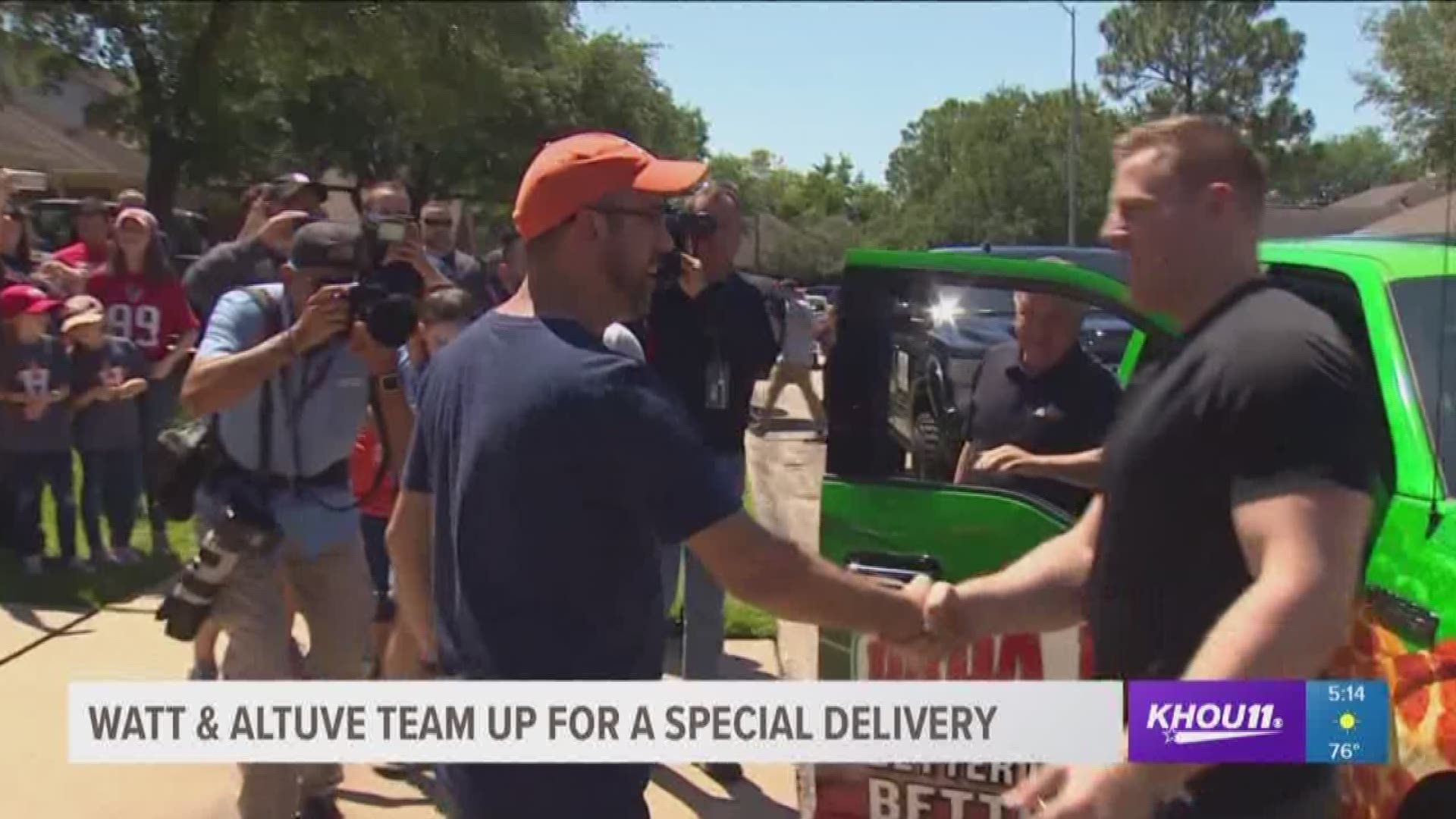 PEARLAND, Texas - It wasn't your typical Thursday afternoon in Pearland. All eyes were on who would turn around the corner for a special delivery.

"You don't get a new truck every single day," Altuve said. "Pretty special delivery by J.J. It was a dream come true for that guy. He was pretty happy."

Their mission was to hand over the keys to Donald Hayes, the lucky winner of the Papa John's Pickup powered by Gullo Ford giveaway. He was the man randomly chosen out of 700 entries.

Hayes got to drive his new truck around the neighborhood with Watt and Altuve.

"It was good after he finally got the truck started," Watt said. "Like Jose said, when you give a guy a brand new truck, it's pretty special, a cool day."

"I wanted to call my insurance agent to see if I was covered for that," Hayes said. "But they're so down to earth, which is what we love about them."

"I have to keep reminding myself the truck is the prize," Hayes said. "I feel like the prize just walked out of here."