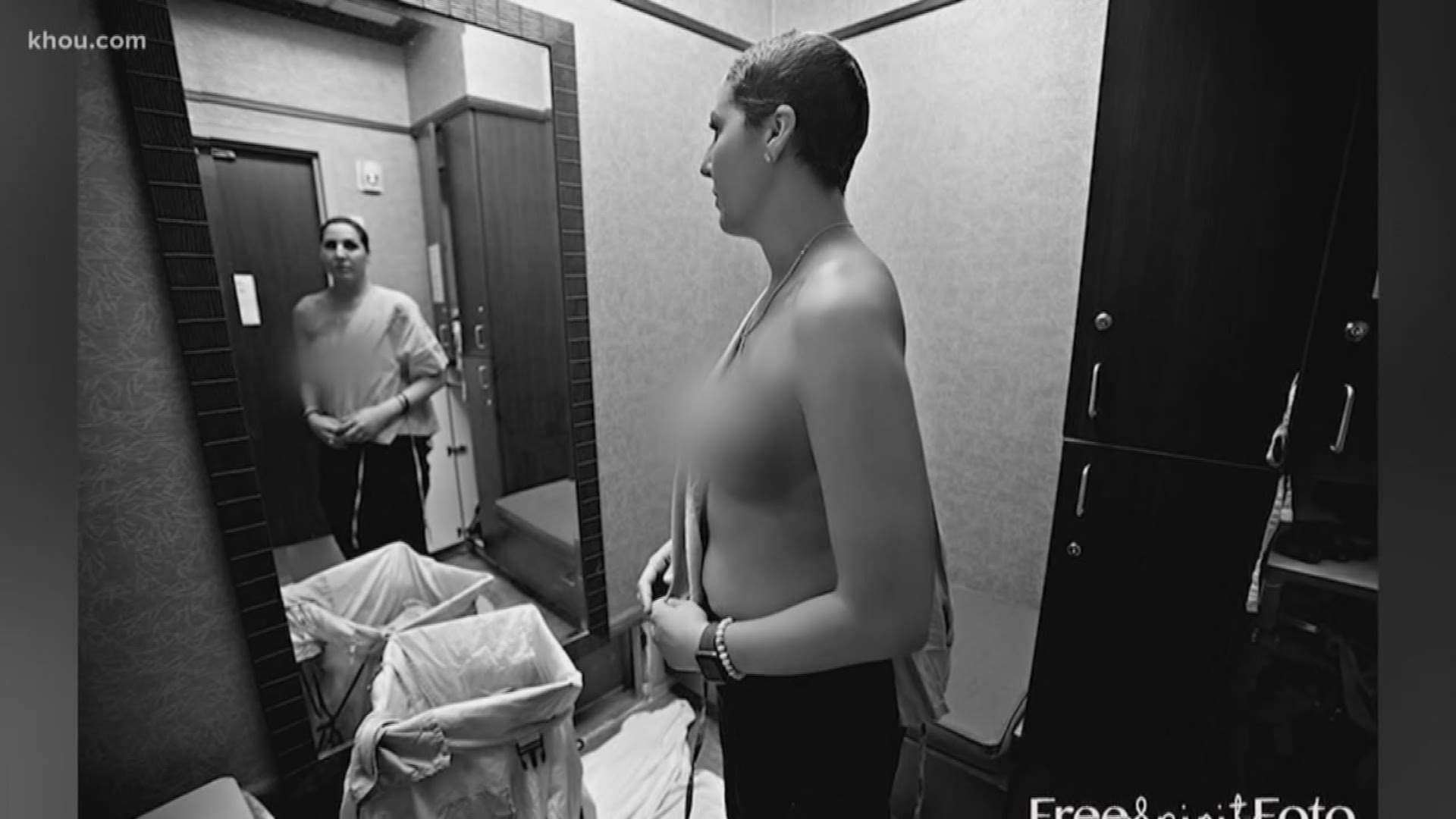 HARRIS COUNTY, Texas — A Harris County Precinct 4 deputy and breast cancer survivor will model for a photojournalism project called “Women Behind the Badge.” It intends to show the sacrifice women in law enforcement make.

Brittany Buchkar is a single mom determined to work through chemotherapy.

“My daughter is the biggest reason I do everything,” she said. “If I didn’t push, she doesn’t have me. She needs me. I need her more. So I had to do it for her.”

First, she took four rounds of chemotherapy through a port in her chest. The drug nicknamed “Red Devil” gave her flu-like symptoms, Buchkar said.

The second chemo treatment gave the deputy nausea and caused her hair to fall out.

Still, the woman who grew up dreaming of being a cop and helping people like her dad refused to miss work until June. By then, she needed a double mastectomy. She took time off and accepted light duty after surgery.

Buchkar is now back on patrol and preparing to work through another round of chemotherapy later this month.

“I thought to myself there are way worse reasons to stay home,” Buchkar said. “I could still get out here and do the job that I love. Maybe I’m letting someone down because I’m staying home (because) I’m sick. What if there was someone out there I could have saved or someone I could have helped?”

Her determination inspired others to help Buchkar’s family. She is unable to work extra jobs, so, colleagues held a fundraiser earlier this year.

Sherina Welch, a photojournalist and wife of an officer, began documenting Buchkar’s journey and using Facebook connections to coordinate food deliveries and more to help Buchkar’s family through the officer’s next round of chemo.

“(Buchkar) has a wonderful attitude and she really is a fighter and she’s a perfect woman given to me for the project,” Welch said.

Welch plans to follow several other women in law enforcement and document their struggles and triumphs in a photo exhibit at The Woodlands’ Glade Cultural Center in May.

Buchkar is amazed her story inspired others to help. She hopes her photos send a message back.

“No matter what, you can go above and beyond,” she said. “I can still do my job going through treatment.”