As Austin starts to clean up homeless camps and move people into temporary housing, one big-name entrepreneur is lending a hand – and for him it's personal. 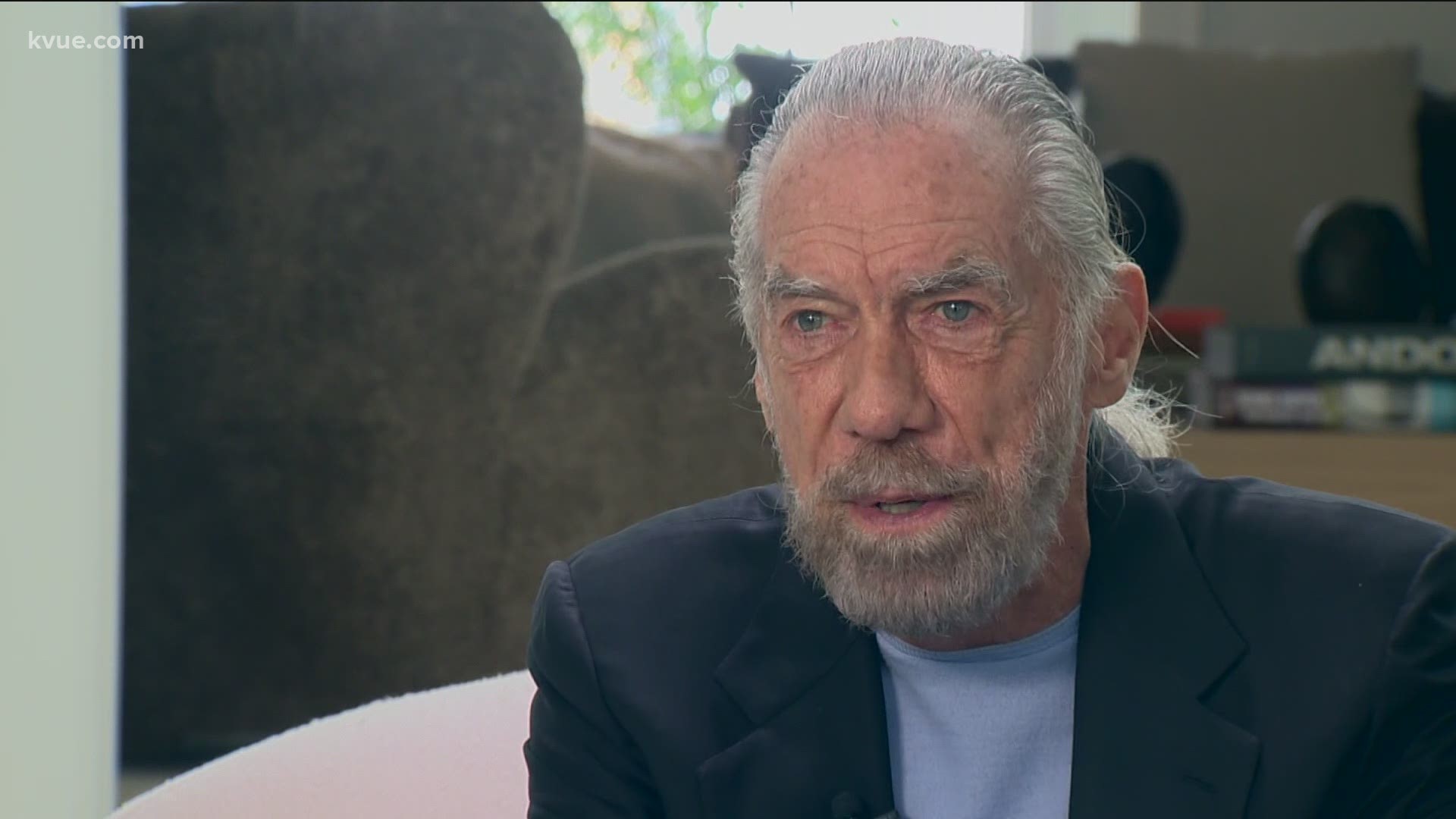 “Even though we had no money, my mom tried to make our lives happy, so we didn't know what unhappiness was. We were little kids with a happy mom and we had nothing, but we didn't know it,” said DeJoria.

Living in a household raised by a single mother, life for him and his brother was tough. The family struggled to make ends meet, but his mom always taught the boys to think of others first.

“My mom was the very first person, the person that showed us what giving was all about,” he said.

Credit: John Paul Dijoria
John Paul DeJoria with his mother and brother in 1947

DeJoria remembers one Christmas his mom handed him and his brother a dime to put in the Salvation Army kettle.

“'Remember this voice in your life – there's always someone that needs something more than you do, and try and help out any way you can.' And that stuck with me,” he said.

Giving back to Austin

Those lessons spawned a life of giving. Earlier this year he donated $2 million to UT Dell Medical School to establish an endowed chair focused on improving health services for people experiencing homelessness.

“What's beautiful about this, the way we put this together, is not just, 'Here's the problem and here's a solution,' but it's implementing the solution through doctors and our whole community,” said DeJoria.

He also matched donations on the Salvation Army Day of Giving, single-handedly donating $250,000 to help get the homeless into housing.

Mobile Loaves and Fishes and Community First have benefited from his Peace, Love and Happiness Foundation, a nonprofit he founded in 2011 to give back to the causes that mean the most to him. The organization provides housing for people who are homeless, but also teaches them skills or gets people to use their skills to earn a living, so people work and pay to live in the community. It's become so successful the organization announced earlier this year plans to add 1,400 more homes.

In 2011 DeJoria joined other billionaires – now about 200 – in signing the “Giving Pledge” to give half of their wealth to make the world a better place. He said he is more determined than ever to make a difference.

To some, it may appear to be just another billionaire making good, but it's much more than that.

“I was homeless before,” said DeJoria.

He started his first company with less than $300 to his name.

“When I started Paul Mitchell hair care about 40 years ago, I lived in my car,” he said.

“When people say to you, especially when you're just starting something, 'It's not going to happen, you're only going to have so much of a market,' don't believe them. Go with your own feeling, your own faith,” he said.

Now living the dream in Austin, he's seen the changes across the city.

“It's very difficult coming to one of the coolest, cleanest, unbelievable towns 21 years ago and in the last three or four years to see what's happened to Austin,” he said.

“I think with our community working together can do this,” he said. "I was there. I was so down and out and homeless at one time and believe in the American dream. My feeling is, and it's the truth, success unshared is failure."

The Salvation Army had hoped to raise half a million dollars on this most recent Day of Giving fundraising event. With your help and John Paul DeJoria's, the organization raised more than $750,000.

Fauci to Rand Paul: 'You do not know what you are talking about'

'Spare Room' boat stuck on SH 71 for over a week