A year ago, the campaign started to raise money and build Devon Gales a more suitable home. Now, volunteers have chipped in to build the home for free. 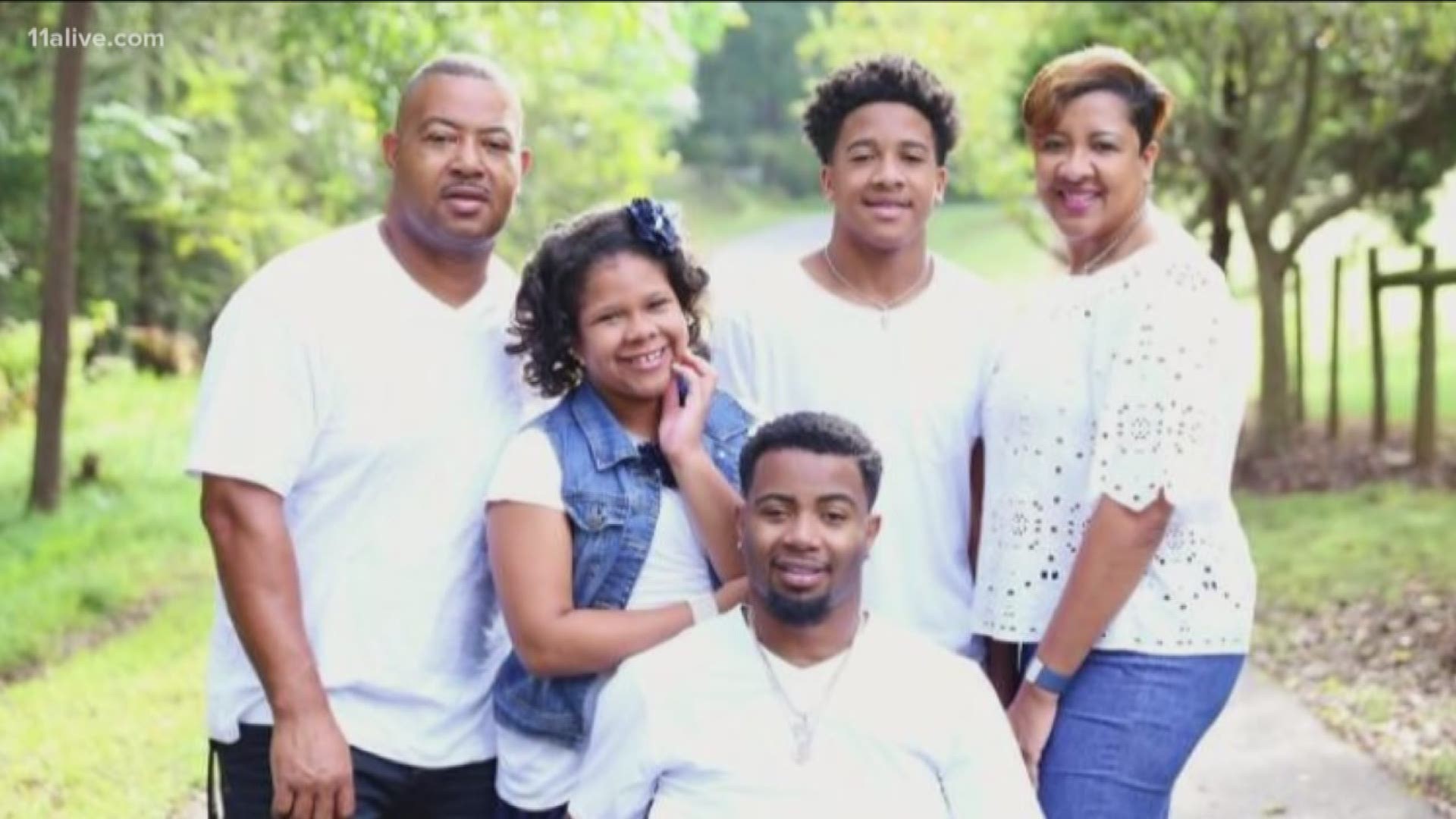 JEFFERSON, Ga. — It’s a new start for Devon Gales and his family.

The Gales will soon move into a 5,000 square foot home in Jackson County.

“I’m going to be living here,” said Gales as he smiled.

Recently, the Gales gave 11Alive’s Nick Sturdivant a tour around the new house.

“This part, this is my room,” Gales said.

The new home will give him plenty of space to get around comfortably.  He joked that his bathroom is bigger than his gym, which sits beside his bedroom.

His brother and sister also have their own rooms upstairs.  As for his parents, they have section of the house to themselves too.

The Gales will move from their home in Gwinnett County.

A home they moved to after Devon’s injury, which put him closer to the Shepherd Spinal Center.

Gales' life changed forever on Sept. 26, 2015, against UGA when the former Southern University walk-on became paralyzed from the waist down -- the result of a head-on collision from a seemingly routine special teams play.

“We’ve been working at this for about a year.  The construction for about six months and we are close to finishing.  So, it’s really exciting,” explained Mike Elrod with Currahee Home Builders.

A year ago, UGA’s Director of Sports Medicine Ron Courson got the ball rolling on getting the Gales into a more suitable home.

The Gales picked a neighborhood in the City of Jefferson, not far from Jefferson High School where Devon will return to the field as assistant football coach this fall.

“Atlanta has picked us up and embraced us from this and we are so grateful for this,” Devon’s father, Donny Gales, said.

“We’ve been through a lot through these past years, but we overcame a whole bunch of stuff,” mentioned Devon.

If all goes well, the Gales new home will be complete in July.

Devon Gales at the Shepherd Center