Travis Scott's Astroworld Festival is a hit in Houston!

The second year of the festival proved to be a success. 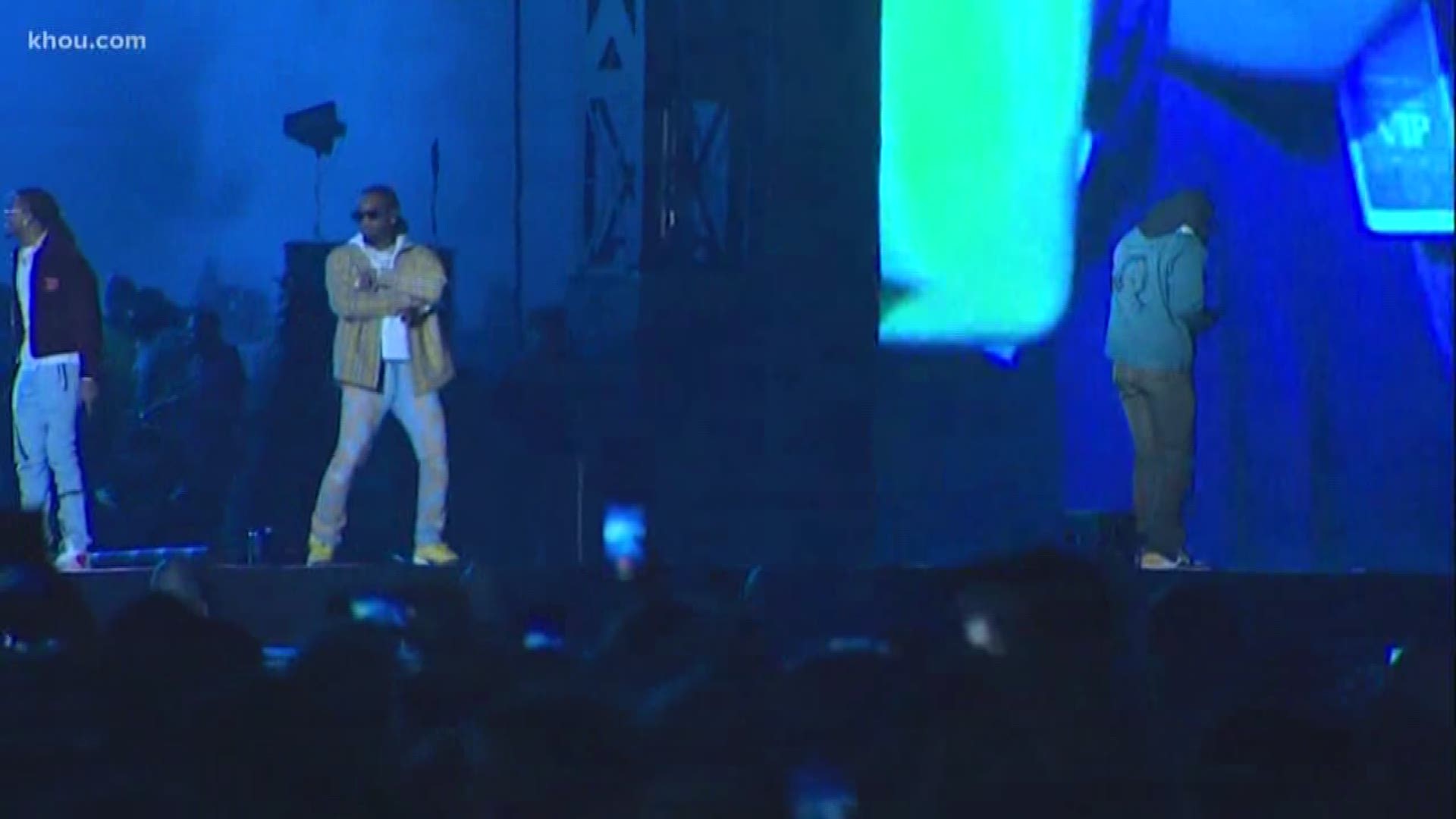 In only its second year, Travis Scott’s Astroworld welcomed some of rap’s biggest names to a crowd of more than 50,000.

For fans, the festival’s cult-like following lives up to the hype.

Astroworld is the hottest ticket in town selling out way before the all-star lineup was announced.

“I think my boy Jack, he’s not going to let this town down,” Corona said. “He’s going to hold it up and represent Houston to the fullest. I missed out last year’s so this is my first time. I was like, ‘Ok, let me go check it out. It’s probably not going to be all that.’ Dude, my shoes, gone pretty much.”

This year’s festival adding some variety with unexpected acts taking the stage like Marilyn Manson.

Greg Mora flew his granddaughter, Lauryn, and her boyfriend in from Washington D.C. and surprised them with tickets to the music festival.

“I’m open to all kinds of music and I’m interested in checking it out because I heard the song that he recently did with Ozzy Osborne,” Mora said.

This Astroworld is a little different from the one some people remember.

“I’ve been to Astroworld, but that was, like, the other, the original Astroworld. We used to bring kids here all the time,” Mora said.

Lauryn said the festival will be a learning experience.

“He’s pretty spontaneous like that but I think it’s awesome that we’re here. We’re going to have a great time at Astroworld. That’s all that matters,” Lauryn said.

Crowds managed to break through barricades before the gates opened at noon. Several people were trampled in the chaos.

At one point, Houston police had to call in extra officers because the event was understaffed.

“Visibly, I don’t see any cops. I did see some security up at the front. They pat you well but other than that it kind of like a free-for-all kind of thing,” Corona said.

Houston police later said they were working closely with the festival to make sure everyone has a memorable night.

“Once they saw my age they asked me to bring some adult supervision so I think everybody will be fine,” Mora said.

“Got to get that adult supervision,” Lauryn said.

Fans said the success of the festival goes to show Scott’s vision of Astroworld is here to stay.

If you didn’t get a chance to catch all the action at NRG Park, Scott is set to open a pop-up shop in Rice Village on Sunday.

RELATED: 3 injured after getting trampled while trying to enter Astroworld Festival

RELATED: Here's everything you need to know if you're headed to the Astroworld Festival